JOHOR BARU: Johor government has urged the public not to be worried about the spread of Covid-19 in schools as the number of cases in learning institutions in Johor is low.

State health and environment committee chairman R. Vidyananthan said the Health Department would take immediate action to investigate and contain the situation if such cases were to occur in schools.

“The public should not worry about the students’ safety as the number of cases reported in schools in Johor is low because these institutions and the relevant departments have been taking early precautionary measures.

has been issued by the National Security Council (MKN) to curb the spread of the disease in schools,” he said in a statement.

He also urged parents to give their full cooperation to schools and the Health Department besides abiding by quarantine orders if issued, to avoid the spread of the disease in schools or at home.

On a separate matter, Vidyananthan said a mobile clinic had been set up at the Johor Baru Health Ministry’s training institute here to attend to emergency cases in the area after it was placed under enhanced movement control order (MCO).

“A coordinating meeting was conducted on Tuesday at the Johor Baru district office, which was chaired by the district officer and attended by relevant agencies including the police, Welfare Department and Civil Defence Force.

“Among issues that were discussed included the role of the relevant agencies in controlling the movement of the residents as well as on a special SOP for the area,” he said, adding that the Fire and Rescue Department was also told to disinfect the training institute here.

“Of the total number of people there who were screened and tested, some 46 of them were confirmed positive for Covid-19.

“The institute will be placed under enhanced MCO from Nov 3 to Nov 16, ” said the minister. 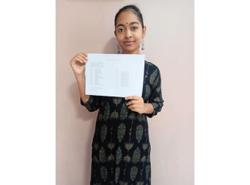