Students from mainland Penang utilising facilities at the digital library.

PENANG lauded the involvement of various government agencies and private partnershipS in realising the creation of the Butterworth Digital Library. Chief Minister Chow Kon Yeow said efforts like this would help develop Butterworth and benefit the people.

“It is in line with the Penang2030 vision and is significant in putting Penang as a model for smart cities and towards strengthening the mobility, continuity and digital infrastructure, ” he said in his speech at the opening of Butterworth Digital Library recently.

Chow said the construction of Butterworth Digital Library in the heart of Seberang Prai started in April 2019 and was completed in early January this year.

Themed ‘Library in the City’, the library is located at the Dewan Ria building, which is owned by Seberang Prai City Council (MBSP), cost RM6.6mil.

He said the project is a public- private partnership between the state government through the Chief Minister Incorporated as project owner, Think City as strategic partner and MBSP as owner of the building.

Chow said the state is proud that the concept and model of a library without a book has attracted Kedah, which has indicated its interest to launch a similar project.

He said the Butterworth Digital Library recorded 14,000 visitors after opening its doors to the public on July 15.

“This is an example of how the library is well-received by the local community just after a few months of opening, ’’ he added.

Chow noted that the three digital libraries on the island recorded 500,000 visitors from October 2016 until September this year.

Lim said Butterworth Digital Library is an initiative to improve digital knowledge among students and the public in the area.

He said this was in line with the state government’s policy to embrace Industry 4.0 and increase digital exposure among Penangites.

“Penang is the first state to develop a digital library which operated 24 hours before the Covid-19 pandemic started, ” he said.

At the moment, the Butterworth Digital Library is open every day from 8am to 10pm. 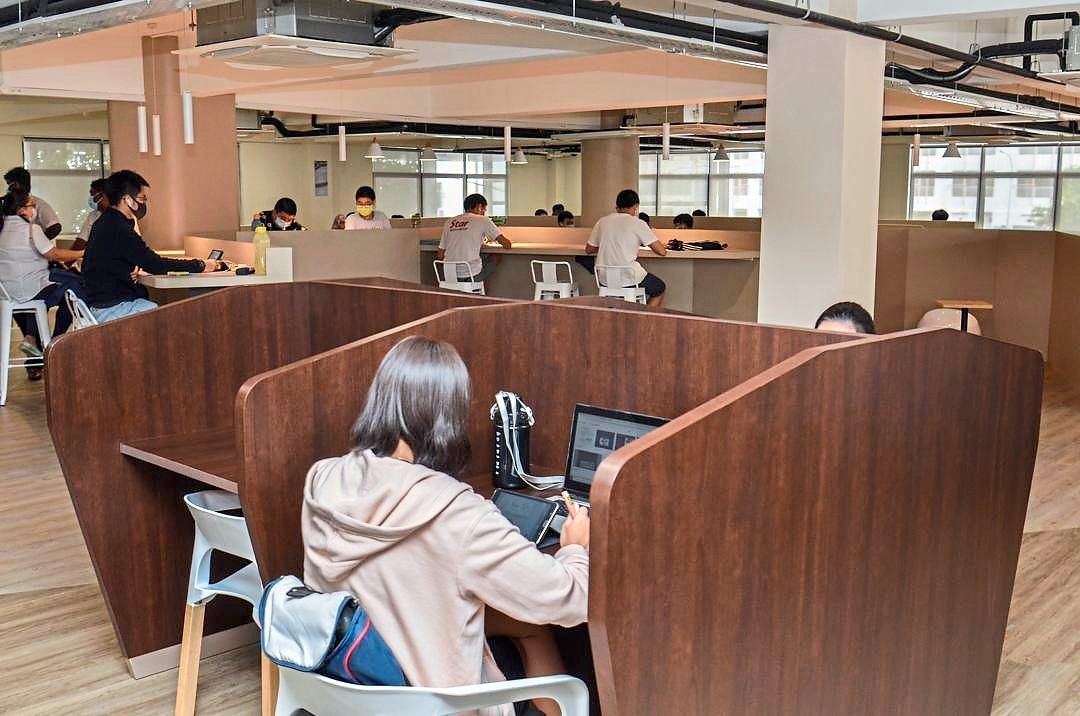 Students from mainland Penang utilising facilities at the digital library.

Chow (left) talking to a student at the library. With him (from second left) are Rozali and Soon. — Photos courtesy of Buletin Mutiara 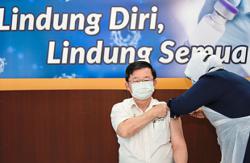