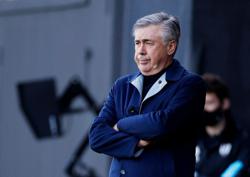 The shocking 7-2 mauling Jurgen Klopp’s (pic) side suffered at the hands of modest Aston Villa before the league took a break, must still be fresh in the minds of everyone at Liverpool. And it would not surprise me if Klopp’s side put Everton to the sword today.

Carlo Ancelotti’s side are top of the table with a 100% record after four matches and this is their best start to a season since the 1890s. But a decade of draws and defeats in Merseyside derbies does not make for good reading for the Toffees.

Ancelotti’s side, though, have plenty going for them going into today’s local derby. Netting 12 goals in four league games and on-form players in Dominic Calvert-Lewin, Abdoulaye Doucoure, James Rodriguez and Richarlison, Everton have certainly set the standards.

Liverpool will be a different kettle of fish altogether for Everton today.

Sadio Mane should feature after recovering from Covid-19, while Thiago Alcantara could also play his part in what is likely to be a feisty match.

Mo Salah and Firmino could be key for the Reds’ upfront while Fabinho’s role in halting Calvert-Lewin should not be underestimated.

The absence of Alisson is a big blow to the Reds’ rearguard with replacement keeper Adrian prone to errors.

The Reds are unbeaten in 22 derbies with the last three matches played at Goodison having all ended scoreless.

Everton can prove that they are a team transformed with their new signings and that their early season form is no fluke.

But Liverpool, though they have not made the best of starts, will be eager to show that the red half of Merseyside will always be superior over their blue counterparts.

Meanwhile, it is no secret that Old Trafford is a depressing place to be right now and Man Utd are in dire need of a lift.

Ole Gunnar Solskjaer will be under huge pressure to gain maximum points against Newcastle in today’s late kick-off and after an awful start to this season’s campaign, the knives are already out for the Norwegian.

The 6-1 thumping at the hands of Tottenham was a stark reminder that there is a lot to be done, especially in defence.

Captain Harry Maguire had a nightmarish start to this campaign and was sent off for England against Denmark on Wednesday as his struggles continued following his arrest in Greece during pre-season.

It remains to be seen if Solskjaer will rest his captain to allow him some space and time to get his head together.

What’s certain is that strikers Edison Cavani and Antony Martial will both miss the clash at St James Park because of quarantine rules and suspension.

Bruno Fernandes, Paul Pogba, Mason Greenwood and Marcus Rashford must stand up and be counted if the Red Devils are to bounce back.

Looking back at that nightmare result against Tottenham, I don’t think they will be as bad again as they were at Old Trafford two weeks ago, so I am going for an away win.

Aston Villa, second in the league and the only other side besides Everton who are unbeaten, face a tough task to continue their fine run when they visit third place Leicester tomorrow.

Leicester were easily beaten by West Ham last time out but I am expecting them to be back on it and with Jamie Vardy well rested, don’t put it past the former England striker to bag a couple of goals.