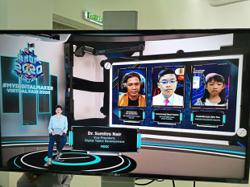 For the first time, #MyDigitalMaker Fair went virtual and was open to an international audience.

Organised by Malaysia Digital Economy Corporation (MDEC), the fair with the theme “Digital Skills Today, Workplace of Tomorrow” attracted 19,000 visitors from across the globe.

During the week-long event, more than 490 workshops, webinars and tutorials were conducted for students and teachers.

The programmes were done in collaboration with a wide range of edtech companies, corporations and training providers.

There was also a virtual exhibition, featuring 50 booths, that kept visitors engaged and immersed.

More than 200 speakers were featured throughout the week as they offered tips and insight to parents, students and teachers.

Malaysian personality Mat Luthfi, a professional YouTuber and founder of ML Studios, was also present along with American technopreneur, 12-year-old Samaira Mehta, who is CoderBunnyz founder and chief executive officer.

“It’s heartening to see how the #MyDigitalMaker Movement is making an impact on communities across the country, including suburban and rural areas, ” said MDEC chief executive officer Surina Shukri

She said this was very much in line with MDEC’s goal of ensuring all Malaysians have access to the digital economy and can make that digital leap as they embrace the idea of living in this new era of disruption.

MDEC also hosted its annual Battle of the Ninjas, the finale of the annual competition for The Digital Ninja programme.

This leadership and digital maker skills enhancement initiative, which supports Malaysia’s best and brightest young digital innovators from age 11 to 17, aimed to solve a variety of global challenges.

With the theme “Digital Solutions for Community-based Problems”, it attracted a high number of entries.

It comes equipped with the MySejahtera app to aid contact tracing of mask disposers, a UV light sanitising system and gamification mechanism that encourages users to reuse the bin.

“Interesting games and competitions at #MyDigitalMaker Virtual Fair 2020 like Micro:bit Idol, Digital Story Telling and many other cool competitions are certainly worth checking out, ” said a student of SMK Lanang, Miri, Sarawak.

He was thrilled that they now had an idea of what they want to get into, specifically within the various STEM programmes available on the virtual platform.

Participants were also inspired by the stories of extraordinary teachers and students who had made their mark within the digital making space.

MDEC’s #MyDigitalMaker Movement features a variety of programmes to address all angles that play a role in driving the nation’s digital technology talents.

By working together with a network of public sector partners, non-governmental organisations and universities, these programmes are designed to assist students, teachers and parents to better understand digital technology education and its potential in advancing the nation’s digital economy. — Bernama 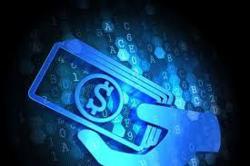 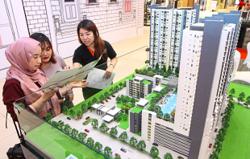