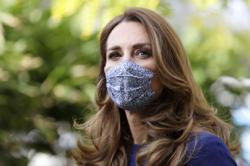 KULAI: Parents are urged to educate their children about responsible driving and ensure they follow the law, and not put their safety and that of others at risk.

Johor traffic chief Supt M. Kumaresan said action would be taken against parents who allowed their children to ride motorcycles without a valid licence or insurance.

“Parents who let their children ride motorcycles without a valid licence will also be handed a non-compoundable summons, where they will be required to attend a court hearing for negligence of the law.

“Education has to start at home and parents should know better than to allow their children to go against the law, and in turn, endangering their own and the safety of others,” he said following an traffic operation here.

A total of 24 summonses were handed out to 14 SMK Kulai Besar students for various offences including riding to school without a valid licence and illegal modification of their machines.

Supt Kumaresan said the routine check conducted at noon on Sept 28 was part of the police’s Ops Didik, aimed at educating students –- especially those who ride motorcycles to school –- about road safety.

He said 47 motorcycles were inspected during the operation, where 14 were seized after the students were found without a valid licence as well as riding without a valid insurance for their machine.

“Among the other common offences were removing their rear-view mirrors, illegal modifications and number plates that breached the rules.

“Some even removed their motorcycle chain cover, which posed a risk to the rider, pillion rider as well as other road users,” he said.

He added that the seized motorcycles were taken to the Kulai police headquarters for documentation and follow-up action.

Supt Kumaresan said the students’ parents would be called up to claim their motorcycles and action would be taken against them as well.

He explained that for non-compoundable summons, the court would decide the fine and the minimum amount was RM300.

He said there were a total of 175 road accidents involving students between January and August this year, where 75 cases resulted in deaths, 41 in severe injuries, 37 in minor injuries and 22 cases involved only vehicular damage.

He also said that Ops Didik would continue to be carried out weekly at schools throughout the state in efforts to educate and increase road safety awareness among students as well as their parents.

“Aside from accident prevention, our objective is also to remind the students not to be involved in immoral and illegal activities such as street racing and performing road stunts whether on motorcycles or bicycles,” he added. 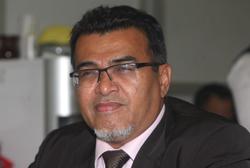