THE owner of a mini farm in Sungai Rusa, Balik Pulau, Penang, left the business world eight years ago to turn his dream of havinga farm and promoting healthier living, into a reality.

Sam Lim, 57, (pic) said he had always wanted to have a farm and be surrounded by animals since he was nine.

“I bought this one hectare plot in 2012 and grew vegetables and reared a variety of animals.

“Initially there was no plan to open it to the public, but I did so in 2015 as there were demands from people with interest, especially school children, ” said Lim.

The farm is now seeing double the number of visitors since the two-month closure during the start of the movement control order (MCO) in March.

“We now get between 500 and 600 visitors daily, which is double the number of visitors before the MCO.

“Families come here to relax and educate their young at the farm.

“Children receive new experiences when they are exposed to feeding and petting the animals, ” he said.

Animals such as deer, goats, horses, rabbits, turkeys, geese, ducks and chickens can be touched and fed by hand at their enclosures while fishes such as carps and tilapias swim freely in ponds.

Visitors to the farm can walk into large aviaries where chickens roam around.

There are even horses and a camel which visitors can touch and pay to ride on.

Waste water from the fish ponds is pumped to irrigate vegetables and flowers in the farm as part of its sustainable farming initiative, without the use of pesticides and herbicides.

Among those spotted at the farm were Aizul Yaakob and his wife Mardhiah Hamzah, both 34, and their three children aged between seven and one.

“We are glad to see our children engaging with nature, interacting with animals and learning about food for different animals, ” said Aizul.

The farm is open daily from 9am till 7pm. 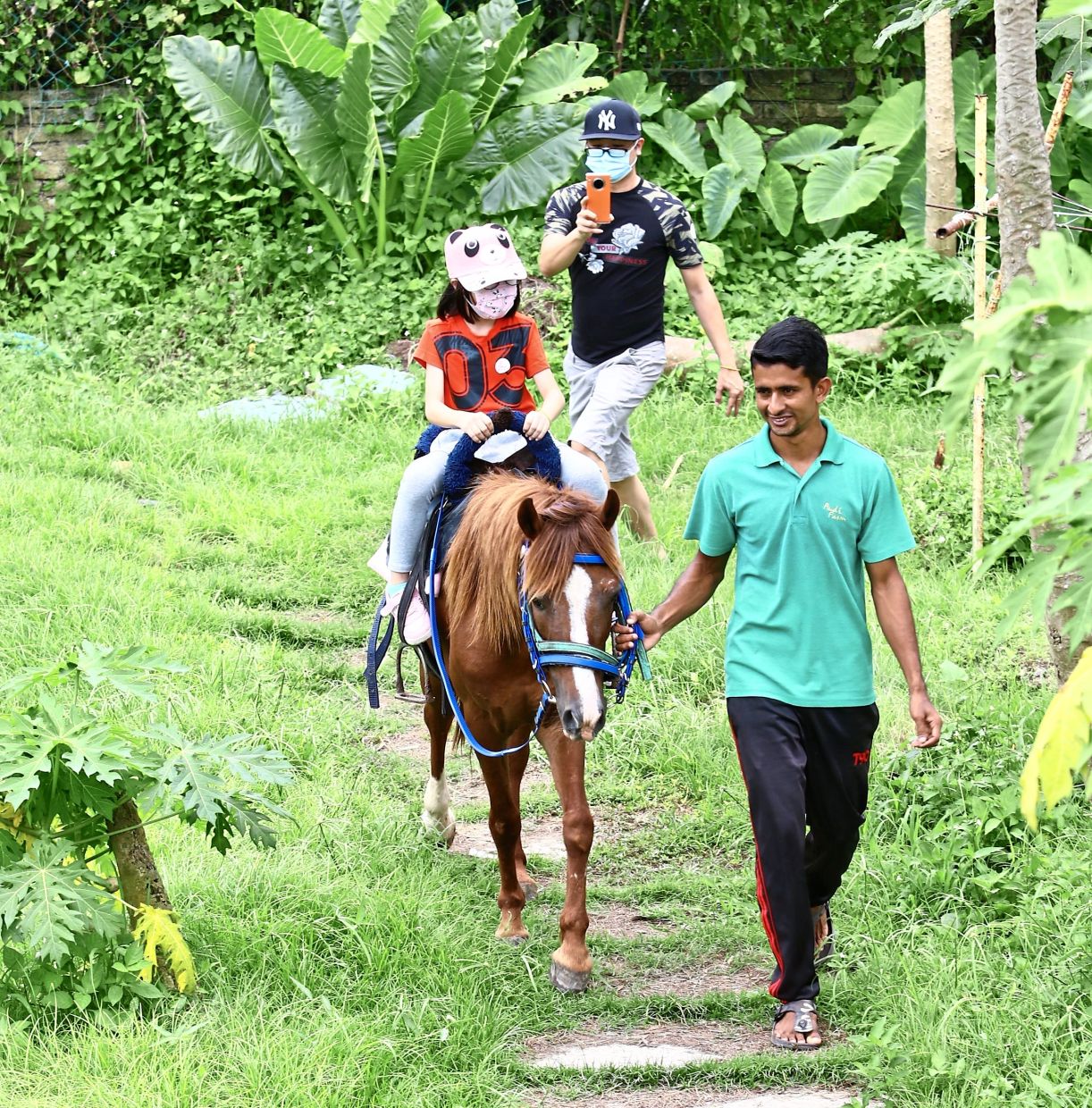 Visitors feeding deer and goats (below) in their enclosures at the mini farm in Balik Pulau, Penang. — Photos: ZAINUDIN AHAD/The Star

(Above) Azizul, Mardhiah and their children taking a leisurely stroll at the farm. (Left) A child enjoying a guided ride on a horse while an accompanying guardian captures the moment on a phone camera. Attacks of a different kind