Experts are calling for integrated government agencies to have uniform guidelines for homes for the elderly. — Filepic

AS THE country’s aged population continues to grow, it is becoming increasingly important to pay more attention to the needs of the elderly.

While high-rise developments are aplenty, elderly care appears to be absent within new buildings and modern townships.

There is also a pressing need for integration among various government agencies to create uniform regulations that will enable the implementation of policies and facilities for senior citizens.

These were among ideas shared by experts at the “Malaysia Urban Forum 2020 (MUF2020) pre-event --- Thematic Dialogue of Inclusive Urbanisation: Making Cities Aged Friendly.

The panellists at the webinar also discussed various needs of the elderly that had been overlooked and must urgently be put in place to improve their quality of life. Road kerbs and pedestrian crossings are among things to consider in enabling senior citizens to commute safely. — Filepic

She further said that MyAgeing was set up in 2015 to conduct studies on various aspects, such as the financial, psychological and mental health of senior citizens, to better understand their needs.

Eastern Regional Organisation For Planning and Housing Malaysia honorary president Khairiah Talha pointed out that the elderly were not included under the Persons with Disability Act 2008.

This, she opined, should be reviewed as the elderly were also weak and would gradually lose their mobility.

“Many senior citizens rely on wheelchairs.

“They too need ‘person with disability’ stickers that will enable them to park at spots reserved for the disabled, ” she said. Khairiah hopes the authorities will take note of the need to provide assistance so modifications can be made to the homes of seniors.

Khairiah said the relevant authorities should take note too of the need to provide assistance through modifications to homes of the elderly.

“Those in wheelchairs will need wider doors and ramps.

“Since it is better for the seniors to live in their own homes, they will need modifications to be done and the incentives for this should be considered.

“The local city plan should allow for change of the building use to elderly care.

“In Germany, childcare centres are being turned into senior care homes as the ageing population grows. “We can anticipate this situation in Malaysia too someday, ” she added.

Road kerbs, Khairiah said, were constantly overlooked by builders and this made a big difference to the quality of life of the elderly.

She noted that mall and building developers also rarely considered the fact that the elderly did not have strong legs and were bound to tire easily.

“They cannot stand in long queues to pay.

“There should be special lanes for the elderly to enter with their mobility vehicles.

“At least, build ramps to allow them to move easily from the carpark to the buildings, ” she highlighted.

Association for Residential Aged Care Operators of Malaysia president Delren Terrence Douglas cited a case in Melaka where a senior care home was not granted approval by the Welfare Depart-ment despite getting the nod from all other authorities, including the city council and fire department.

“The home’s operator was told to have walls, instead of curtains, to separate each person’s bed. Mustapha says communication with the aged will lead to more sensitive designs.

“These are non-uniform rules that hinder such facilities from operating in accordance with the law.

“I see this as a legislation problem and we need integrated government agencies with uniform guidelines.”

Douglas said an integrated public transport system was another aspect that would allow senior citizens to live independently.

“For this aspect, Transport Ministry must work in tandem with the Housing and Finance ministries.”

Ultimately, he stressed, it all came down to the financing of the facilities, whereby experts from the relevant departments must map out the bigger picture for the Finance Ministry on how certain facilities must be changed to

suit the needs of seniors and even enable them to lead independent lives.

“Houses that are being built now must also cater to seniors so that they do not have to spend money renovating them later. Webinar panellists discuss various needs of the seniors that must be put in place to enable quality living for the ageing population. — Filepic

“The local councils must put in a clause to ensure homes for senior are built within new developments.

“The construction of such homes must be made compulsory at least in projects with a targeted population of 10,000 residents.

“Development isn’t just for the young, ” he reminded.

Douglas said that knowledge of the elderly and their needs must be imparted to young people so that the latter could better relate and engage with senior citizens.

He pointed out that the movement control order (MCO) which began in March had been extremely difficult on the elderly.

“When some of the rules were relaxed, the seniors were still not able to enjoy the facilities or visit certain places because their age puts them in the high-risk category for Covid-19. Unsuitable material for a walkway, made worse with a lamp post in the centre.

“The elderly living in high-rises should at least be allowed to use the swimming pool for about two hours a day.

“Open it just for them for a few hours. Sometimes the pools are empty and the senior citizens ask why can’t they use it.

“Instead of having blanket rules by refusing them, think of ways to make it safe for the elderly, ” he added.

Architect Mustapha Kamal Zulkarnain said the United Nations Sustainable Development Goal No.17, which is Partnerships for the Goals, was important for matters related to aged care.

“We have to learn to share and collaborate with departments.

“Areas like Denai Alam in Shah Alam are better designed for the elderly, who can wheel themselves from their vehicles to the shops. 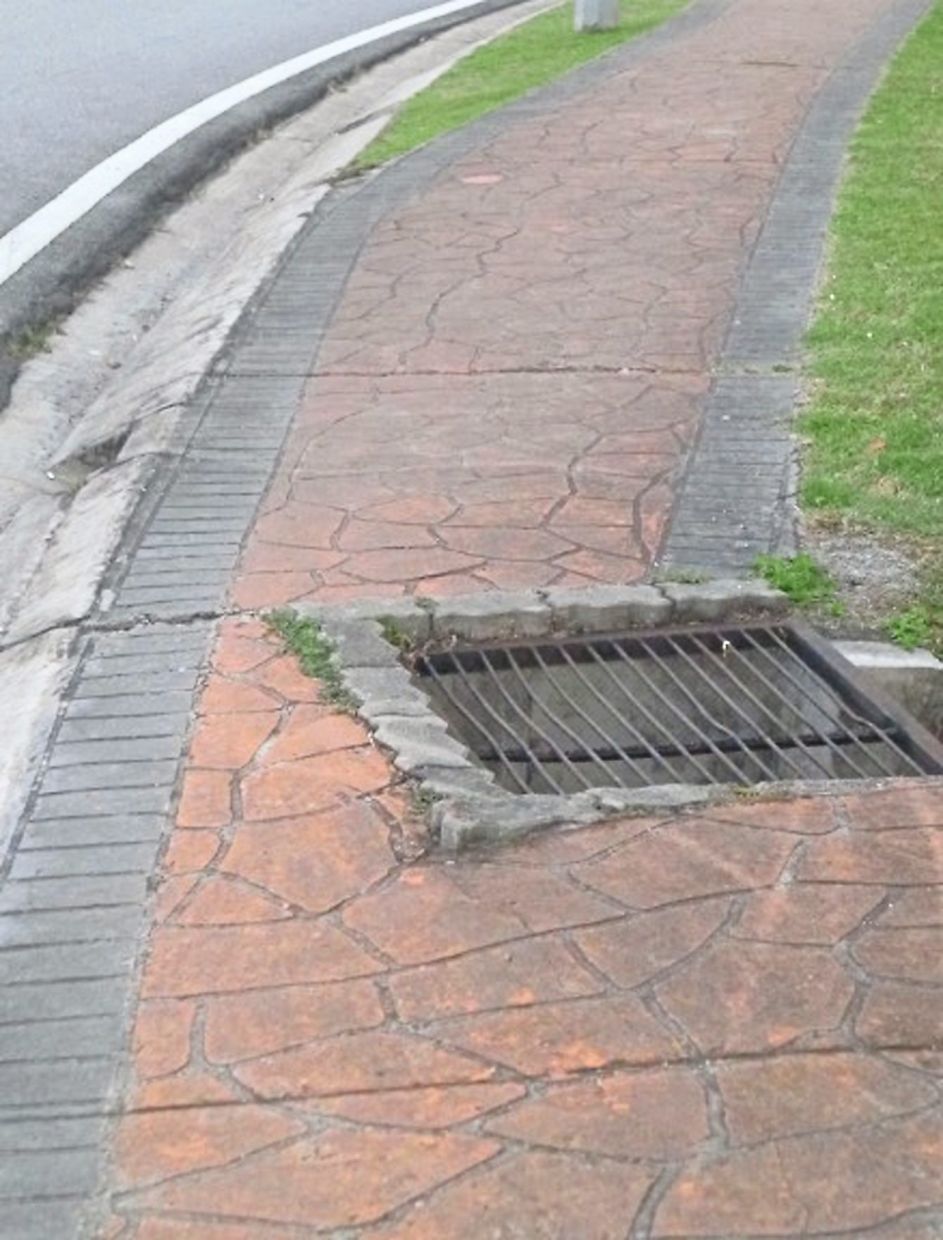 Example of a roadside pathway that is ‘interrupted’ by a drain cover.

“The young must communicate with the elderly to have a better understanding.

“When we have better intuition, we will be more design-sensitive.

“My father is 85 and uses a wheelchair.

“He would say his body hurt when we wheeled him on a pavement, pointing out that the surface was not flat.

“To me, the surface may seem level but the elderly will feel differently based on their health and physical condition.

“Even these simple facilities and their designs make a great difference for the aged, ” added Mustapha.