DESPITE years of trying to resolve the issue, illegal advertisements continue to be rampant. It is a tough job that nobody wants to do but it has to be done.

In just under half-an-hour, two teams from Kuala Lumpur City Hall (DBKL) removed dozens of signage comprising plywood and plastic bunting along with wires and nails from two streets in Wangsa Maju.

The teams make their rounds along planned routes after lunchtime, and once again in the evening before moving to the next location the following day.

There are also cases of licensed advertisements being left up after the allowed period. These, too, are removed by DBKL.

Along the way, scars of nail, metal wires and adhesive residues can be seen on almost every tree and pole in the area.

DBKL Wangsa Maju area manager Ahmad Ibnu Sina Termizi said, “Our daily average based on the three sessions in the area is between 400 and 500 advertisements in Wangsa Maju alone.”

Currently, under the Advertisement By-laws (Federal Territory) 1982, a maximum of RM2,000 fine is imposed for putting up illegal advertisements in the city, but nipping the problem in the bud is not straightforward. “Even when we apprehend those who put up the advertisements, we are only able to take them to the police station where a statement is taken and they get a fine before they are free to go, ” he said.“We don’t encourage residents to confront the perpetrators as they do not have authority.

“Some residents take the initiative to remove signage that have been placed illegally in housing areas.”

He said a collective effort with other agencies — for example DBKL’s collaboration with the Malaysian Communications and Multimedia Commission to blacklist the phone numbers displayed on illegal advertisements — had been done in the past but offenders found other ways to get new phone numbers.

Ahmad also agreed that tougher laws were needed to serve as a deterrent because cases of illegal advertising was rampant and evident on the streets.

He said many preferred to take the easy way out to advertise their products and services but it was necessary to get the permits to ensure that signage adhered to safety guidelines.

“For example, bunting are only allowed on every alternate streetlights.

“Some advertisements, like the ones for refurbishing gearboxes, are not what they seem. They are in fact moneylending businesses, ” he said.

Ahmad added that some illegal advertisements that were taken down were sent to agencies like Pemadam (Anti-Drug Agency) to be used in its programmes. 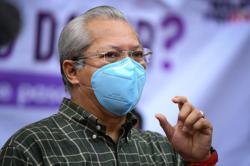 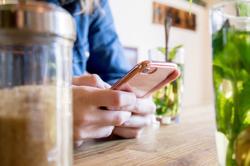 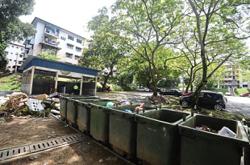