Fadzli (left) showing a map of the areas that will be covered in the Klang district for Census 2020. — FAIHAN GHANI/The Star

ENUMERATORS, involved in the Malaysian Population and Housing Census 2020, for Klang District, will visit households where the occupants will be asked to answer questions that will influence the Government’s planning and policies for the next decade.

Klang Municipal Council (MPK) president Dr Ahmad Fadzli Ahmad Tajuddin said a few hundred enumerators would knock on doors of households in the district with the aim to get a complete and accurate count of the population along with other important information.

“This exercise is crucial for the Government as the census data can be used to determine housing issues, where government funding should go or how to allocate for important projects and services that will benefit locals in a district, ” he said after meeting with the appointed enumerators for the census.

Fadzli, who has been appointed as Klang District Census 2020 assistant commissioner, added that the census was crucial to identify the multicultural population, as it would serve as a basis to help communities ensure equal opportunities and determine the need for certain government programmes.

“We need to know the number of children who will need education. It will also help the Government to plan on scholarships and design relevant courses for the future of the nation.

“It will help in identifying new sectors that will provide job opportunities in line with improved technology, ” he added.

Fadzli said the e-Census kicked off on July 7 this year and would end on Sept 30, while the face-to-face interview by enumerators at households would take place from Oct 7 to 24.

“The objective of the census is to compile the profile of the population, households and collect a wide range of demographic and socio-economic characteristics to the smallest area. For the Census 2020 exercise to be a success, people must support by giving correct information, ” she said. 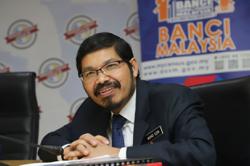