DBKL to increase surveillance on flash floods in the city

A liquor shop in Lebuh Ampang had four chiller machines damaged by floodwaters that rose to almost waist high.

Its Enforcement Department director Osman Ismail said the markers would indicate the depth of water in a particular area during floods.

“This will help us monitor and allow the public to be vigilant, ” he said.

He revealed that the department was finalising the locations for the markers and hoped to instal them by next week.

He added that DBKL would increase surveillance during the rainy season, with a 15-member rescue team on hand per shift in case of floods.

The squad is equipped with rescue boats, jet ski, scramblers and other equipment to carry out rescue operations.

A total of 18 locations in Kuala Lumpur were badly affected in last Thursday’s flood, including Jalan Gurney 5, Jalan Genting Kelang and the area surrounding Masjid Jamek.

Some 100 families from Kampung Periuk were evacuated and placed in temporary relief shelters.

Business proprietors and other stakeholders in Kuala Lumpur have said they are fed up with having to bear the brunt of frequent flooding in the city and are calling for a better drainage system.

So frequent have the floods been, that Lebuh Ampang shopowners claim to be able to predict floods.

Goldsmith A. Gunasegaran said on Thursday, many shop owners got prepared for floods when it rained for several hours.

“We could see the water in Sungai Klang rise up very fast and we moved our belongings to higher ground.

“Unfortunately, we could not save some of our heavy equipment.

“This is the second time I have had to send the equipment to Johor to be repaired and it will cost at least RM7,000 each, ” he said.

Having run his business at the same spot for 27 years, Gunasegaran said the situation worsened in the past 10 years.

“Something is very wrong with our infrastructure.

“The authorities cannot blame only the heavy rains as this did not happen in the past, ” he said.

He blamed development and the outdated drainage systems.

Although he was glad to see Federal Territories Minister Tan Sri Annuar Musa visiting the affected areas, Gunasegaran said no solution was provided.

Another gold shop proprietor, Vincent Chong said there was significant damage in his shop due to the frequent flooding.

“In March alone, the shop was been flooded five times, the first being on the second day of the MCO.

“Although the water usually receded fast, this time it took almost an hour as the river overflowed its banks.

“The wooden panels inside the shop are rotting and it will be a hefty cost to constantly have them replaced, ” he said.

Chong, who has operated in Lebuh Ampang for 30 years, said a drainage and pedestrian walkway upgrading project two years ago did not help.

“DBKL widened the walkway and now the drain is covered by the pathway.

“We do not know if the drains are now too small or are clogged.

“This is poor planning, ” he said.

He added that the drainage holes could not cope with the water volume.

One of the worst affected is liquor shop owner Loganathan Katharayan who was still in the process of cleaning up his premises when met by StarMetro three days after the incident.

Four of his chiller machines were damaged beyond repair as water rose to almost waist high, he said, estimating his losses at almost RM20,000.

“As the shop is located at the lower end of a slope, all the water collected here.

“There was no time to rescue anything, ” he said.

Kuala Lumpur Fire and Rescue Department stated that floodwaters reached 1.5m in Lebuh Ampang and 1m in other areas during Thursday’s flash floods.

eatery along Jalan Tun HS Lee was flooded with mud water on Thursday, said it took his crew of seven men working non-stop until midnight to get the premises back in business the next day.

“The water just came gushing in and went out the back way, taking my food stuff like vegetables and rice along with other things with it, ’’ he said, adding that cash was also lost.

Kulwant said it took a few hours for the water to subside and for them to clean the place of mud and silt.

It was the second time this year that his restaurant was flooded, he said.

Amin Jay, who owns Makan.buzz cafe that is located at the River of Life (RoL) Lookout point, said he and his staff were on standby to pack up after seeing Thursday’s heavy rain.

“We were keeping a close eye on the river and the water just kept rising, but thankfully it stopped before it flowed over the riverbank.

“We have seen it before and water usually stops at the edge, but we are always ready to move out if necessary, ’’ added Amin. 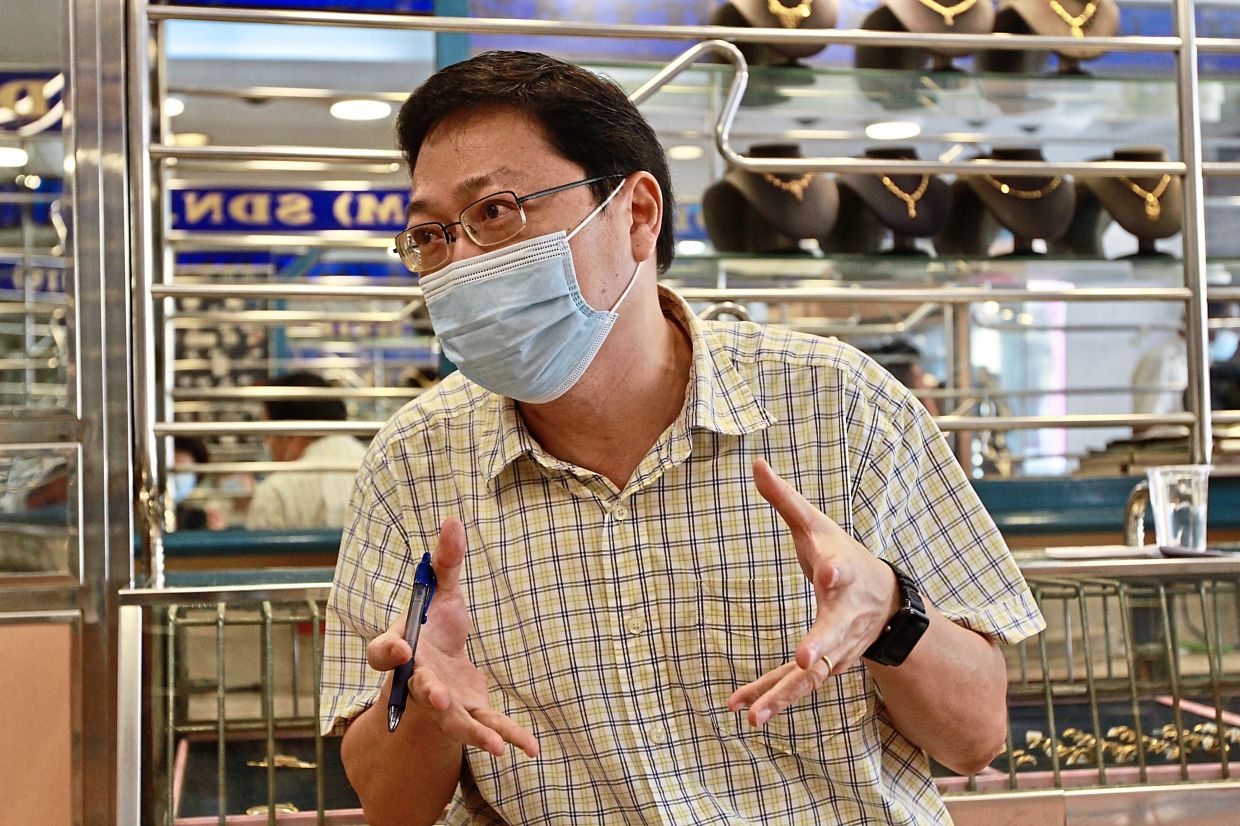 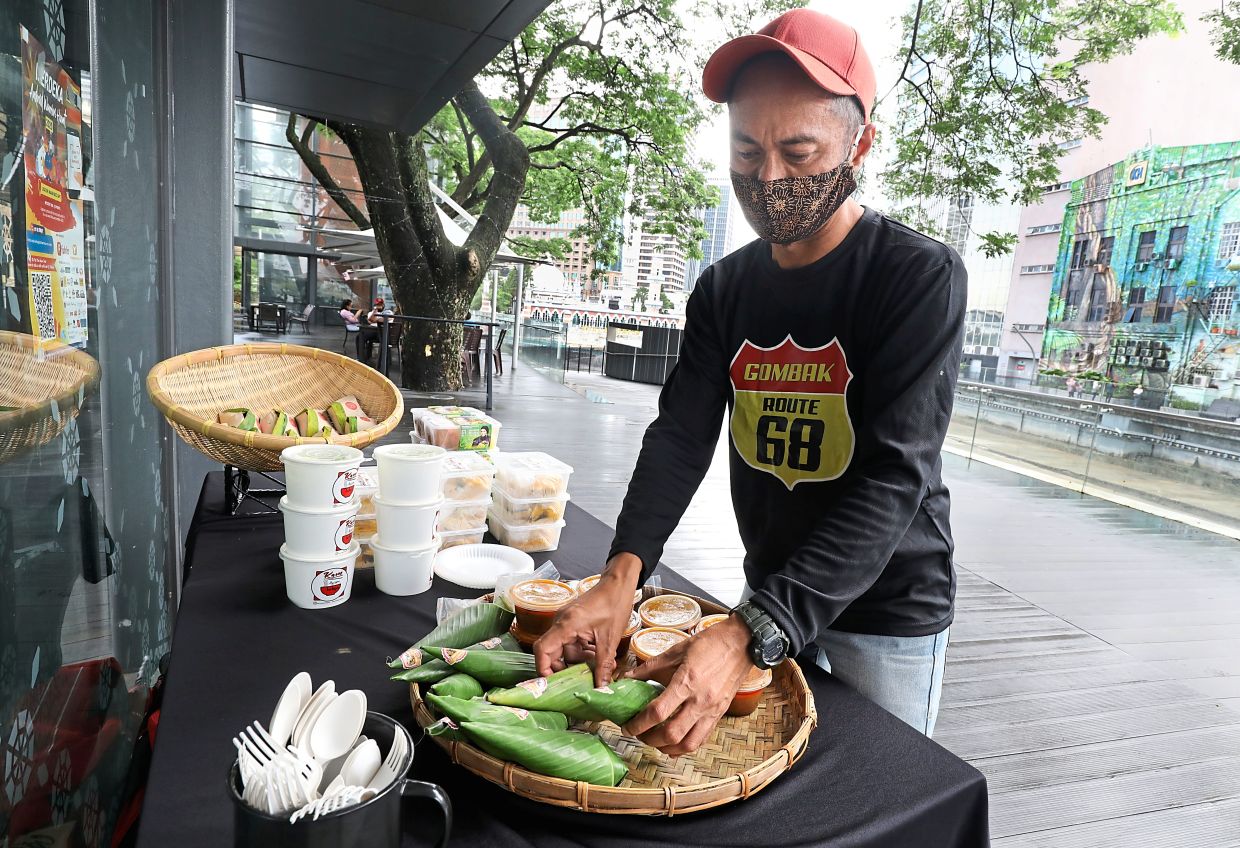 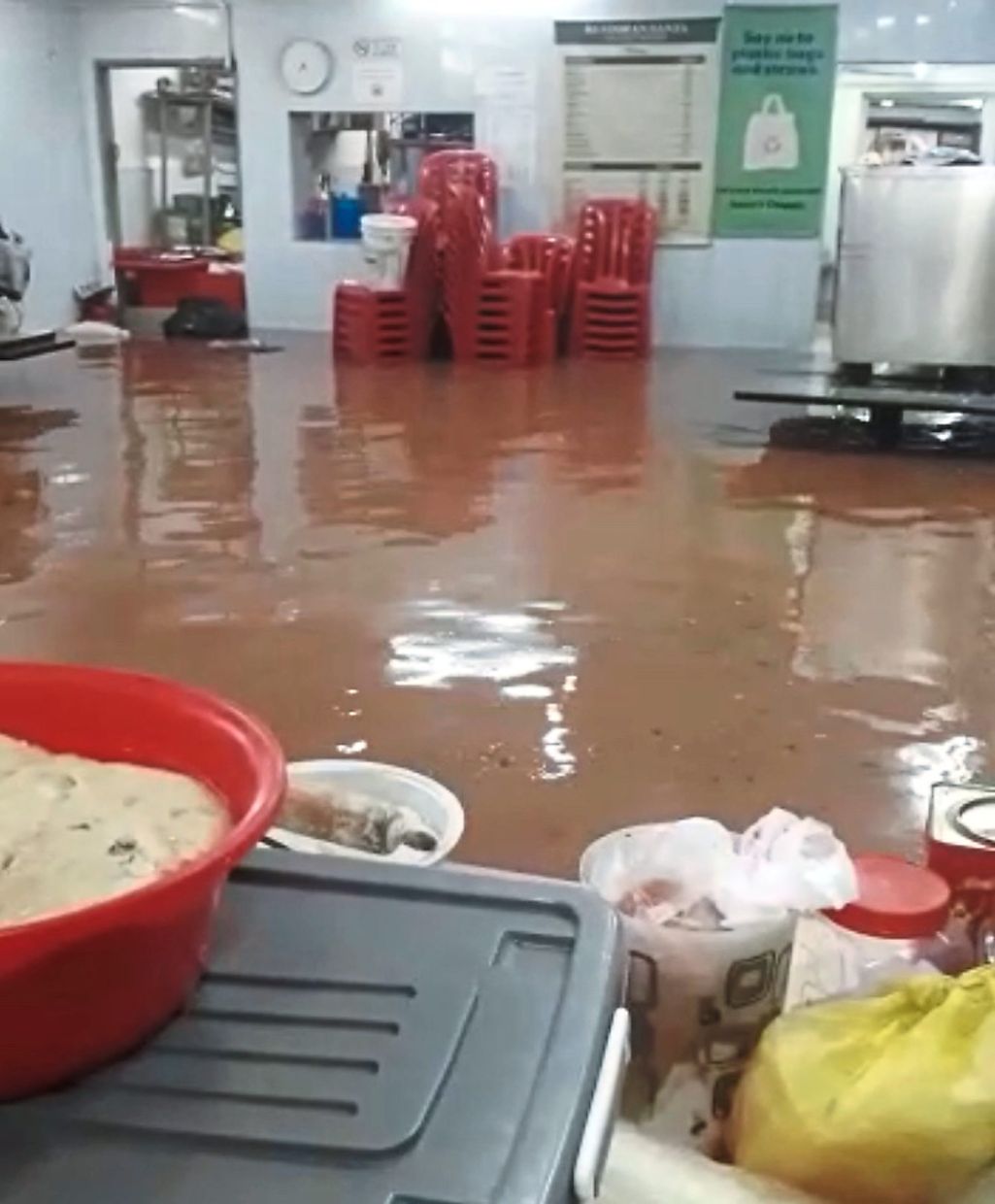 Gunasegaran has to spend over RM7,000 to repair two machines.

Chong says there is significant damage in his shop due to frequent flooding.

Loganathan was still cleaning up his shop, three days after the flooding.

Amin said he and his staff were on standby to pack up on Thursday afternoon.