Riding on wave of patriotism

Some of the fishing boats decorated with Jalur Gemilang and Kedah flags seen cruising along the coast during the event at Kuala Sungai Udang in Yan, Kedah.

FIFTEEN boats with 100 fishermen and guests on board paraded out to sea in celebration of the country’s 63rd year of independence.

Decorated with Jalur Gemilang of various sizes, the boats cruised along the coast in Yan district, Kedah, during the celebration themed ‘Merdeka@Komuniti-Konvoi Jalur Gemilang Bot Nelayan’ on Tuesday.

The procession began with the boats cruising in a straight line at the jetty of Kuala Sungai Udang before breaking the formation to cruise side by side while at sea.

Three owners with the most beautifully decorated boats were rewarded with cash prizes and hampers.

The event was organised by the state Information Department and Koperasi Desa Keda Sungai Udang. 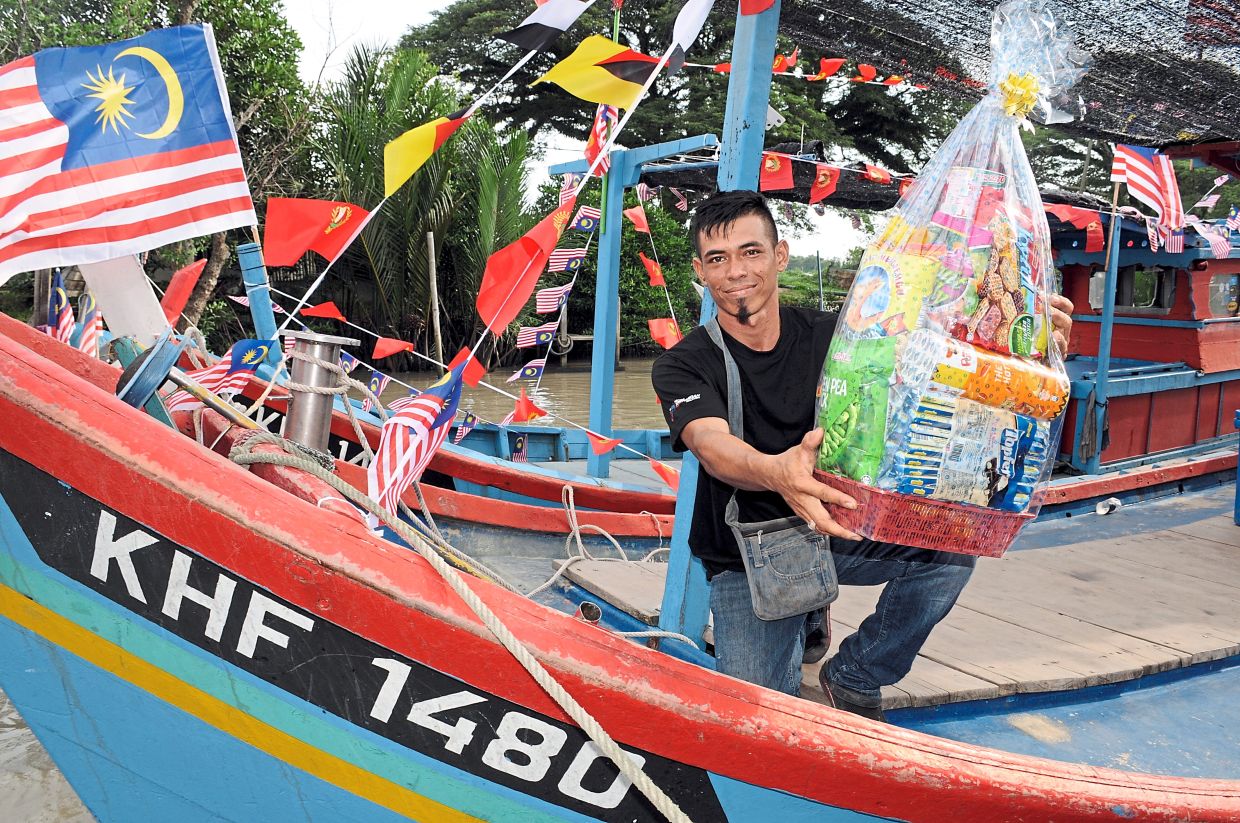 Mohd Khairul showing the hamper he won besides a RM150 cash prize after emerging as the first prize winner in the boat decorating competition.

“The boats decorated with Jalur Gemilang of various sizes began their 3km round-trip journey from the jetty of Kuala Sungai Udang to the waterfront of Pantai Murni.

“It is a patriotic event initiated by the fishermen without a single sen contributed by the state government.

“I hope it will become an annual Merdeka month celebration, ” he said before flagging off the event.

Ku Abdul Rahman said securing independence from the British was not an easy task.

“Hundreds of meeting were held with the British government in London before an appropriate Federal Constitution was enacted for this multi-racial nation.

“We must all stay united although we are from different origins.

“It is the responsibility of Malaysians to make sure that the spirit of independence is instilled and implanted in the people’s hearts. 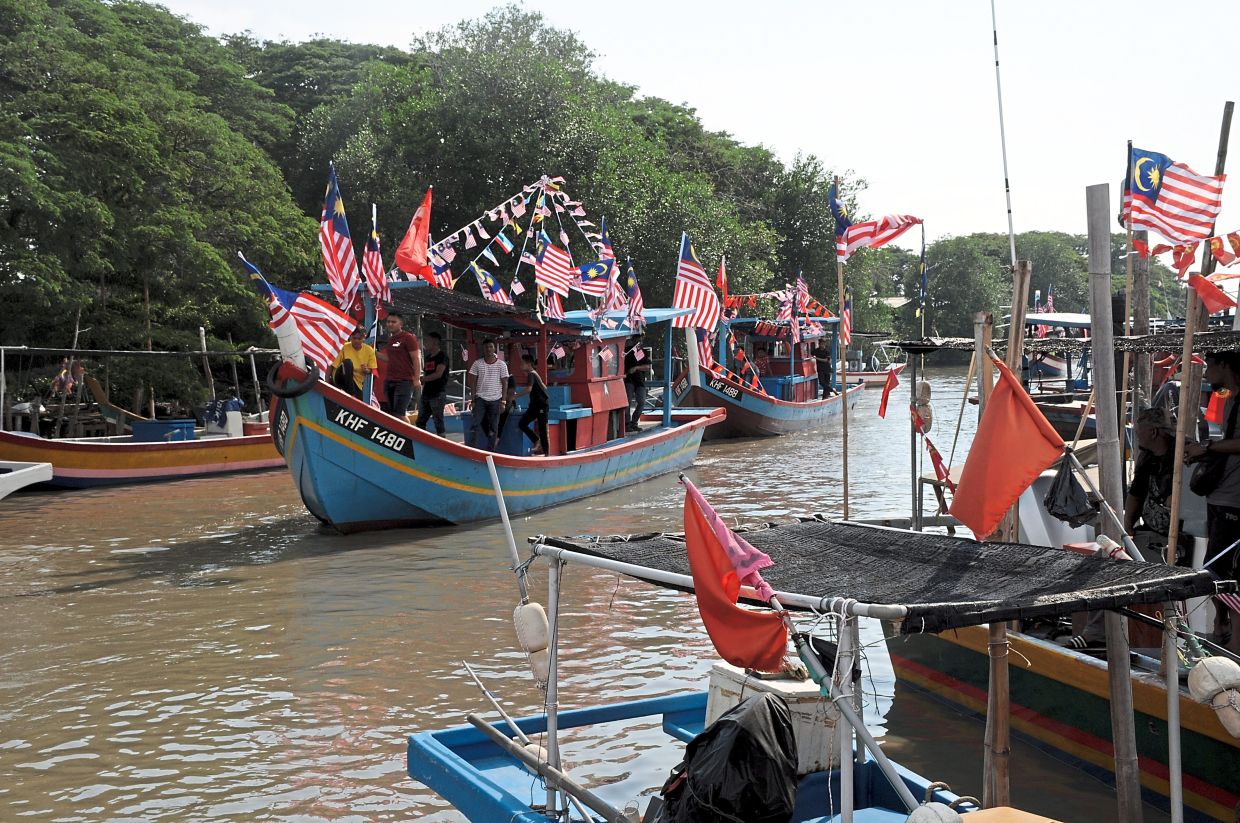 The fishing boats returning to the Kuala Sungai Udang jetty after the parade at sea.

“All the boat skippers displayed their beautifully decorated boats to the judges at the open sea.

“It took three days for all the boats to be decorated, ” he said.

Mohd Khairul from Kampung Keda said he decorated his fiberglass boat with Jalur Gemilang to make it look like a ‘sailing boat’ (kapal layar). 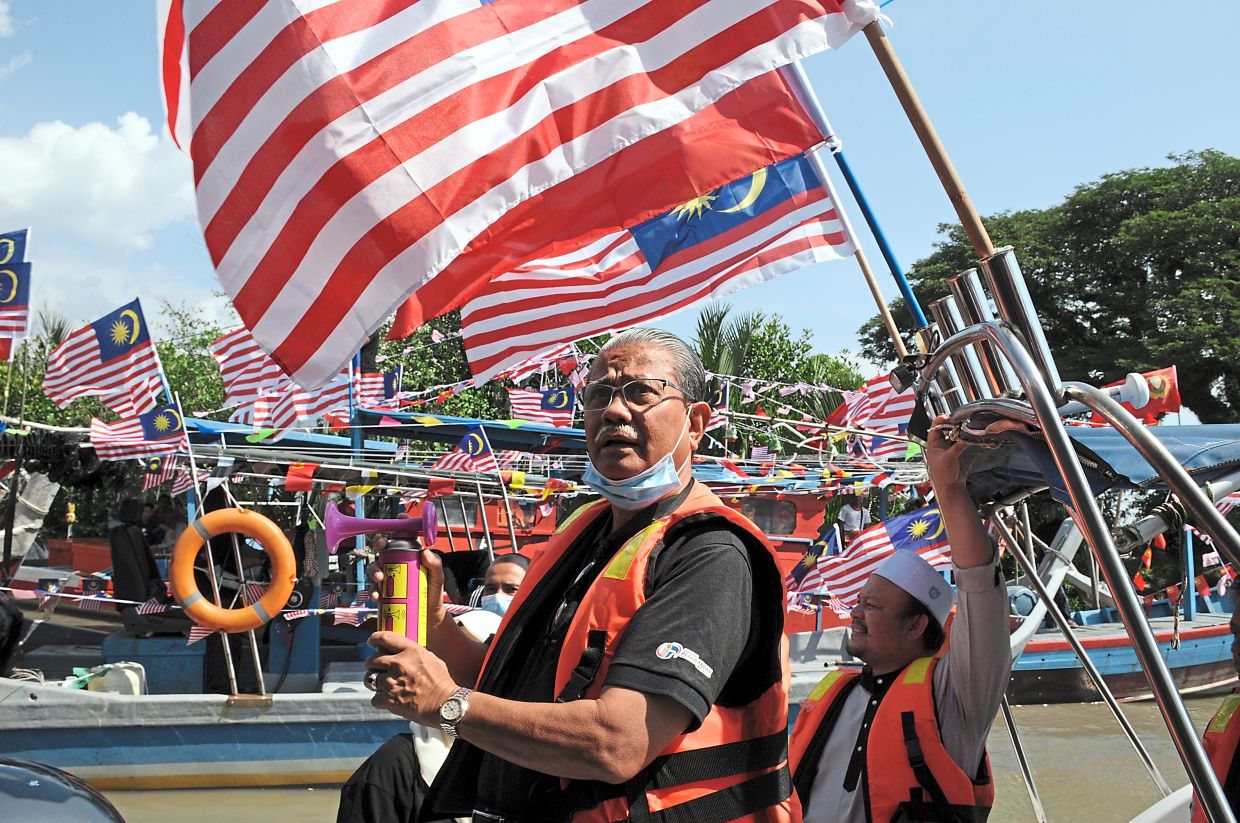 Ku Abdul Rahman sounding the airhorn to flag off the event.

“It took me about seven hours to complete the decoration.

“I am really happy to receive the RM150 cash prize and a hamper.

“I spent RM70 to purchase the national flags of various sizes.

“The most important thing was to showcase my patriotism as a Malaysian, ” he said.

Shahrul Amir and Roslan won RM100 each for coming in second and third in the competition.