Ariffin (right) and Mamad inspecting the batteries for the solar system in Pulau Kapas. — Bernama

MARANG: The Terengganu government has allocated RM200,000 to repair two sets of generators in Pulau Kapas to resolve power supply disruption problem on the island in the next four weeks.

State infrastructure, public facilities, utilities and green technology committee chairman Dr Mamad Putih said the allocation was channelled through the Terengganu State Economic Development Corporation (PMINT) and that electricity was being supplied to the islanders by another generator with a daily capacity of 50kw.

“This is a short-term solution for the comfort of tourists, resort and chalet operators and to prevent power supply disruptions.

“The state government admits that the electricity supply disruption has to a certain extent, adversely affected the image of Pulau Kapas as a renowned tourist destination.

“However, the short-term and long-term solutions to be implemented within a year would meet the needs of tourists on the island, ” he said during a visit to Pulau Kapas with state tourism, culture and information technology committee chairman Ariffin Deraman and Marang district officer Tun Ahmad Faisal Tun Abd Razak.

Mamad said in 2007, electricity supply in Pulau Kapas was derived from the solar system during the day and supplemented by three sets of generators with a capacity of 350kw at night.

“However, the solar system broke down in 2013 due to battery problems, and the repair cost of RM1mil at the time was too high.

“Since then, the three generators have been fully used to supply electricity in Pulau Kapas.

“The three generators have been maintained well by PMINT, according to the set schedules and at a monthly cost of between RM30,000 and RM40,000.

“The sharp increase in the number of tourists to this island lately resulted in the breakdown of one generator while the other could not operate fully due to the capacity load reaching the maximum level, causing a power supply disruption last week, ” said Mamad.

Due to that incident, some resort and chalet operators claimed that they had to cancel several room bookings and return the payments already made, while some tourists had to be sent to the mainland.On the long-term measures to be taken, Mamad said the East Coast Economic Region Development Council has allocated RM4.9mil to upgrade the existing solar system and buy a new generator.

There are 19 resort and chalet operators in Pulau Kapas. – Bernama 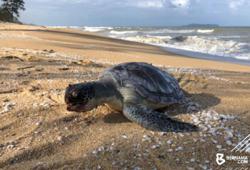