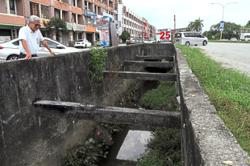 Road surface markings on the Jalan Teluk Pulai bridge has faded making it difficult for motorists to navigate on this stretch especially at night.

MOTORISTS, cyclists and pedestrians have to be on their guard when using Jalan Teluk Pulai because faded or missing road markings have increased risks of mishaps occurring.

Most drivers using Jalan Teluk Pulai, which branches out to Jalan Sungai Bertih, find it challenging to navigate their vehicles safely because they cannot see the road lines. Further down, the right and left lanes split off into different directions.

Directional arrows on the road to guide traffic have worn out as well.

“In some areas, they are missing and this is dangerous for motorists and pedestrians,” he said.

He added that motorists using Jalan Teluk Pulai towards the Teluk Pulai commercial area were especially in need of proper road markings and signage.

The Teluk Pulai rail overpass was built to replace at-grade crossings as a safer alternative.

Ex-contractor Raja Zaharudin Raja Zakaria, 71, said the heavier traffic along Jalan Teluk Pulai was due to the opening of the Raja Muda Nala Bridge in 2017 and motorists from nearby neighbourhoods using the 1.8km thoroughfare.

“People living on both sides of Jalan Teluk Pulai have made numerous complaints about faded road markings to Klang Municipal Council (MPK) but the complaints have fallen on deaf ears.

“Many senior citizens live here and directional arrows are a must to guide motorists.

“MPK must maintain council roads at all times.”

He said the road lines on Jalan Emas in Taman Melawis were faded and the reflective surface was missing.

“Even speed breakers need a new coat of paint as it is difficult to see those speed bumps at night,” he said, adding that traffic was heavy along Jalan Emas and road markings were necessary.

SK Methodist (ACS) Klang gardener Johari Ahmad, 60, said MPK should repaint the yellow box outside the school entrance as it had faded.

“Accidents can happen because motorists do not see the road markings,” he said.

Yusof Jamil, 64, who lives on Jalan Yadi, wants road markings at the junction of Jalan Sungai Bertih and Jalan Yadi.

“The white lines at the intersection of Jalan Yadi and Jalan Sungai Bertih, outside the entrance of Taman Mas, are faded.

“The lines cannot be seen at night or when there is a downpour, making it difficult to gauge the stop point,” he added.

“We want the ‘cat’s eye’ road reflectors installed at the intersection of Jalan Yadi and Jalan Sungai Bertih to slow traffic down.

“This will help ensure that pedestrians and motorists can use the road safely at night,” he said.

He pointed out that Malaysian Road Records Information System (Marris) funds should be utilised to repaint the markings and maintain the roads.

“Most people living around Jalan Yadi and Jalan Sungai Bertih feel that an audit of road works involving Marris funds must be carried out to ensure accountability and transparency,” added Ariff.

MPK Engineering Department director Zamri Othman said the road markings would be redone in the next two weeks.

“We will paint the road markings on Jalan Teluk Pulai, Jalan Sungai Bertih and Jalan Yadi where the lines have faded.”

He said the suggestion for cat’s eye road reflectors would be considered.

“We have an annual council fund of RM500,000 for road markings and other road safety features.

“We will use the available funds to ensure that road markings are improved to make the streets safer,” he assured. 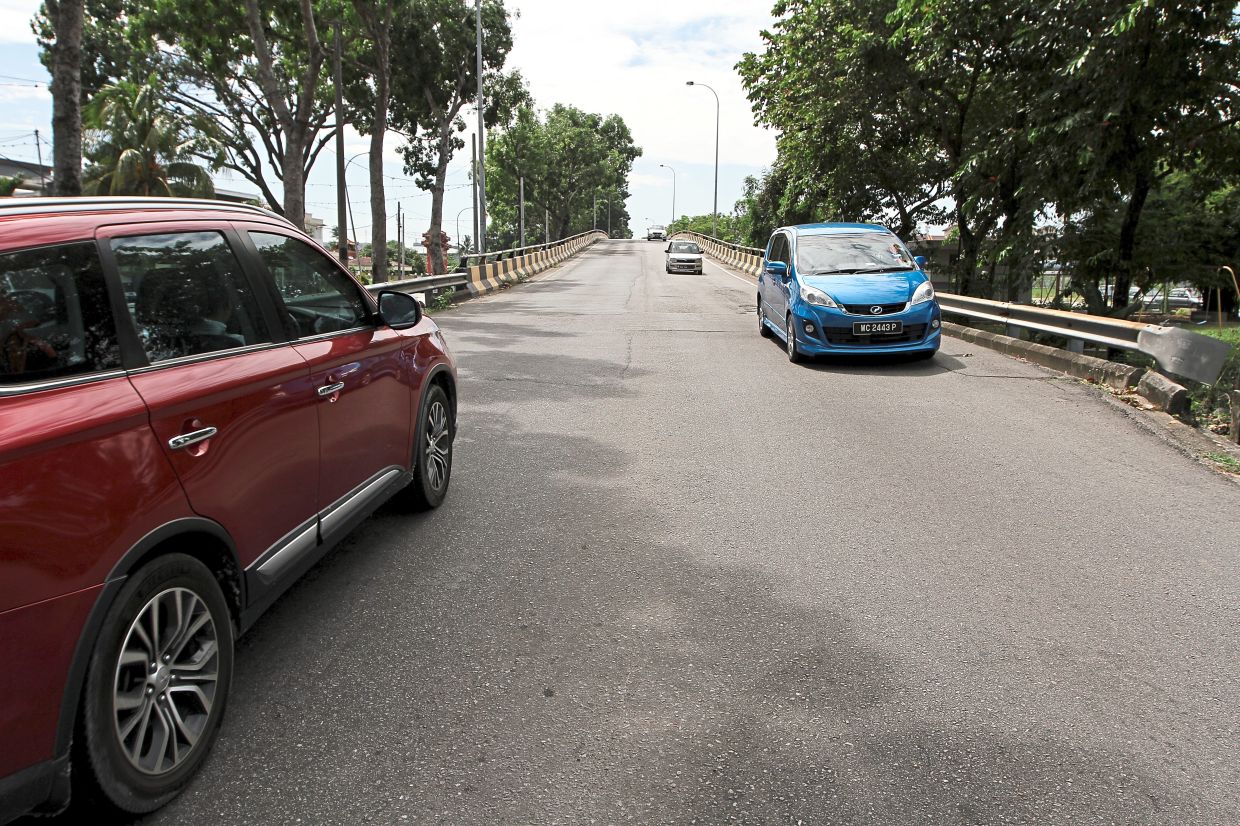 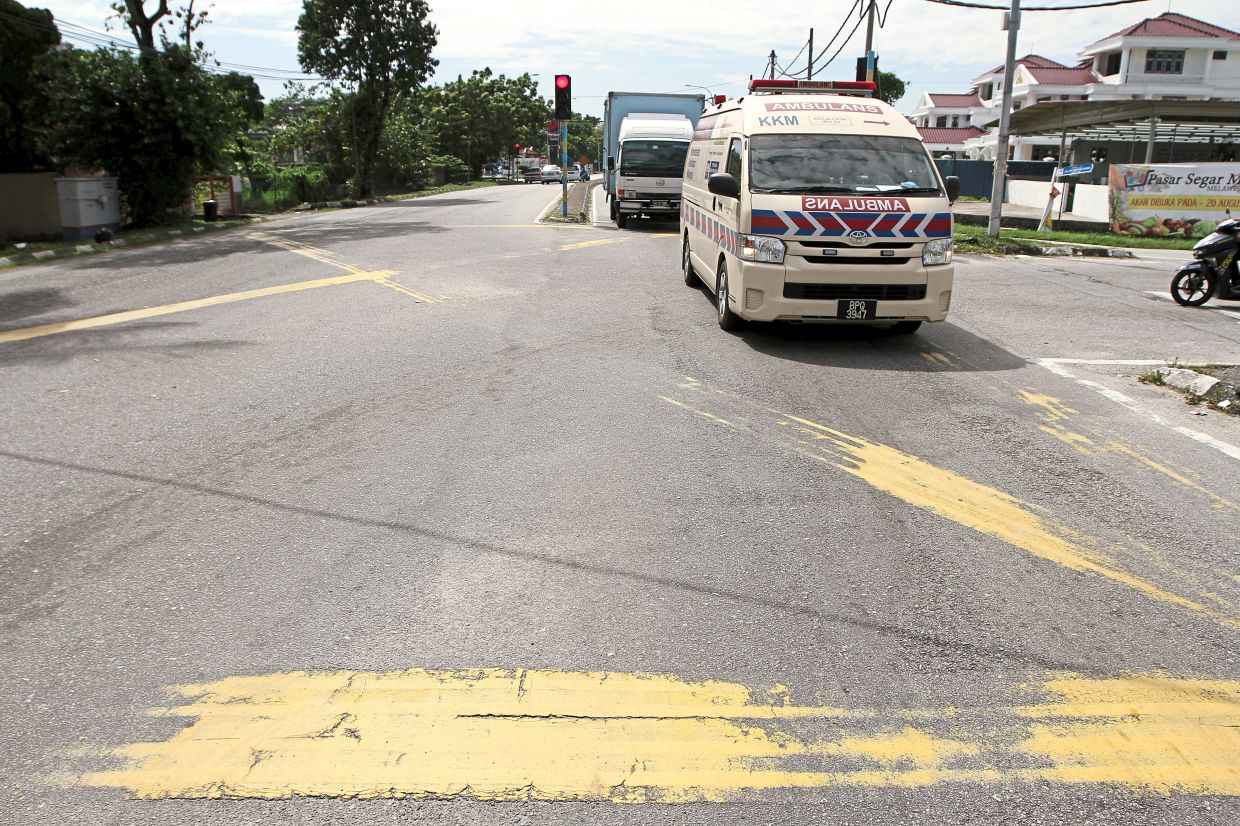 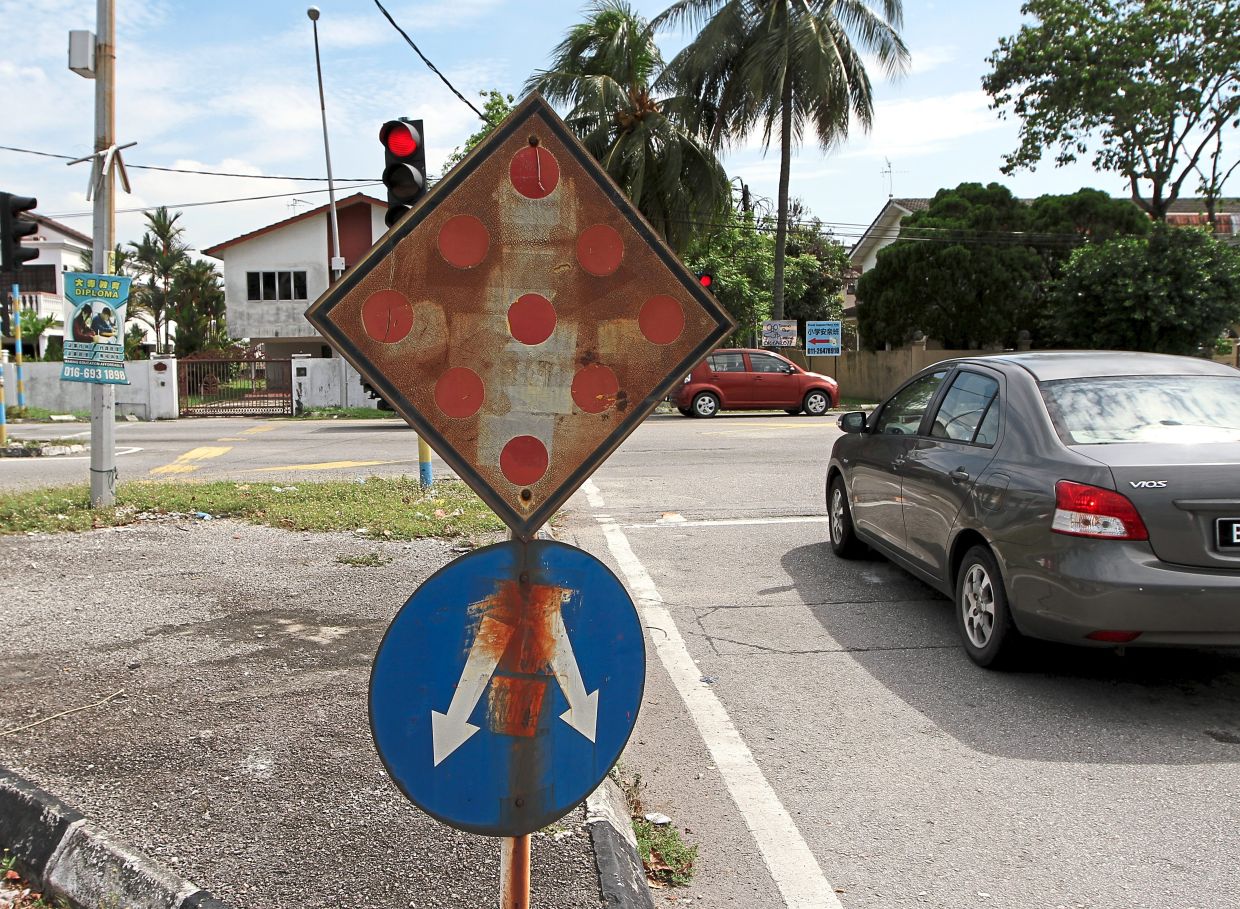 Road surface markings on the Jalan Teluk Pulai bridge has faded making it difficult for motorists to navigate on this stretch especially at night.

Residents in Teluk Pulai want the faded and rusty road signage at the the entrance of Jalan Mengkuang to be replaced for better visibility at night. 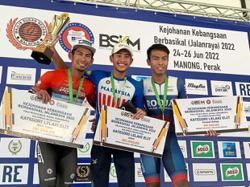