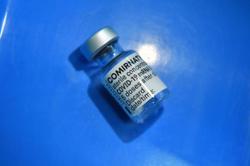 A screenshot of facilitators and participants during the Wau Bulan Origami Workshop.

THE first-ever online edition of the George Town Festival (GTF) was a relative success, attracting a total of 68,342 local and international viewers.

Its 11 programmes from July 4 to 26 comprised showcases, talks, workshops and screenings related to visual art, theatre, music, dance and film.

These were streamed via social media due to the ongoing Covid-19 pandemic. The cultural and out-of-the-box performances, synonymous with GTF, garnered impressive numbers.

It was a platform for homegrown performing artists and groups to reach culture enthusiasts worldwide and highlight the state’s beautiful cultural diversity.

According to figures provided by the organisers, it reached 77,992 people and attracted 28,000 unique viewers based on Facebook tracking metrics.

Another showcase, The New Adventures in Sound Art by Kamal Sabran and Friends, reached 26,795 people and attracted 7,800 viewers.

The online platform also provided an avenue for the creative geniuses behind last year’s festival to reach out to fans through the various talks, which reached 26,854 people and had 7,047 total views.

This had a selection of content that cast light on complex human rights issues like death and abuse under custody. It reached 8,834 people and had 2,900 total views.

In a statement, he said: “In retrospect, the publicity and media coverage for GTF 2020 could have been improved. It would have enhanced the visibility of all the programmes so that target audiences are more aware of the online festival.

“Having said that, these are uncharted waters for us all.

“It was the first time the festival took on a digital format and was put together in a short amount of time.

“It took two months during the movement control order to curate this virtual festival, which includes homegrown and international artists.

“At the same time, audiences are still unfamiliar with or are still getting used to watching shows online.

“Nevertheless, we are encouraged by the performers’ determination to put on a digital festival to reach out to everyone, everywhere.

“What matters most is allowing GTF fans to feel the spirit of the festival, hoping that they do not lose heart in these challenging times.”

GTF 2020, originally scheduled for July 11 to 26, was initially cancelled in March due to the Covid-19 outbreak.

However, it was reinvented and brought back online instead to reach out to fans in an alternate format.

It is celebrated as the anniversary of George Town’s listing as a Unesco World Heritage site.