Numerous mamak restaurants have removed their WiFi and pay TV services to encourage people to finish their meals without delay.

IN THESE times of a pandemic and movement control order (MCO), one of the challenges for restaurant operators is crowd control and getting customers to abide by the government’s standard operating procedures (SOP).

This includes preventing customers from lingering in the premises long after they have finished their meal.

While mamak restaurants provide pay TV as well as offer free WiFi to attract more customers, those facilities are now weighing down the eateries’ efforts to get a higher turnover of patrons.

As such, one restaurant in Taman Tun Dr Ismail, Kuala Lumpur decided to disconnect those services in their premises. It has been more than two months since the establishment did so.

Its owner Datuk Mohd Mosin Abdul Razak said this was not done to turn away customers, but to ensure that everyone had a chance to have their food and coffee without having to queue up for a long time.

He explained that with physical distancing rules taking precedence, which limits seating to two patrons per table, eateries were not able to accommodate as many people as before, so they needed customers to finish their meal without delay and vacate the seats for others.

“Customers, especially the working crowd, are coming back now.

“But some are taking too long to finish their food and drinks, while there is a queue of people waiting to grab a quick bite, ’’ he said.

“Even though removing the extra services may be bad for business, it is good for containing Covid-19, ’’ he said, adding that it was their way of doing what was necessary to help the country survive the pandemic. 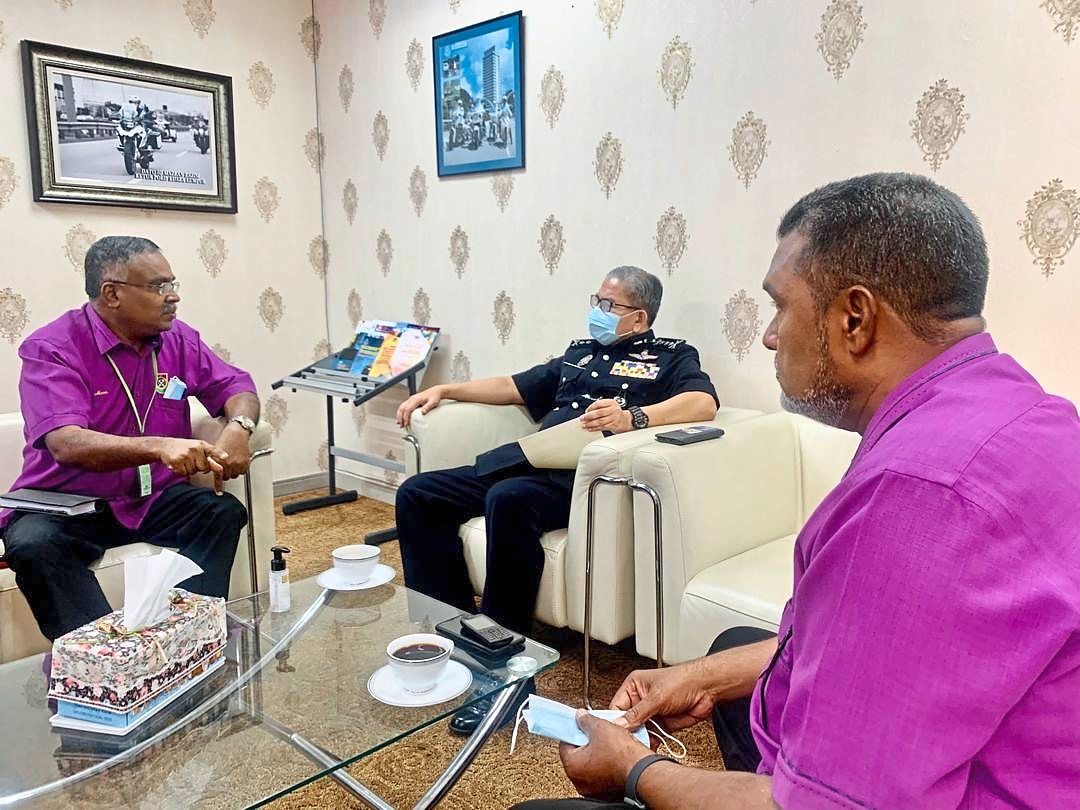 Similarly, Abdul Mukthahir M. Ibrahim has disconnected both WiFi and pay TV at his bistro in Bukit Sentosa Rawang to prevent table hogging.

With their previous 24-hour operation cut to half the hours (they are only allowed to open from 6am to midnight under MCO rules) the restaurateurs said there was no need for the digital and entertainment services.

However, not everyone felt the need to eliminate free Internet service to get the message across.

“We have implemented a 90-minute time frame for our customers to dine in, but that of course is subject to how busy we are at the time, ’’ said an employee at a cafe in Section 17, Petaling Jaya.

The 90-minute rule is usually applied on weekends when the cafe is busiest.

“We do have table hoggers who treat our cafe like an office and sit here all day, but in light of physical distancing SOP, we politely tell them that they cannot stay too long, ’’ the employee added. 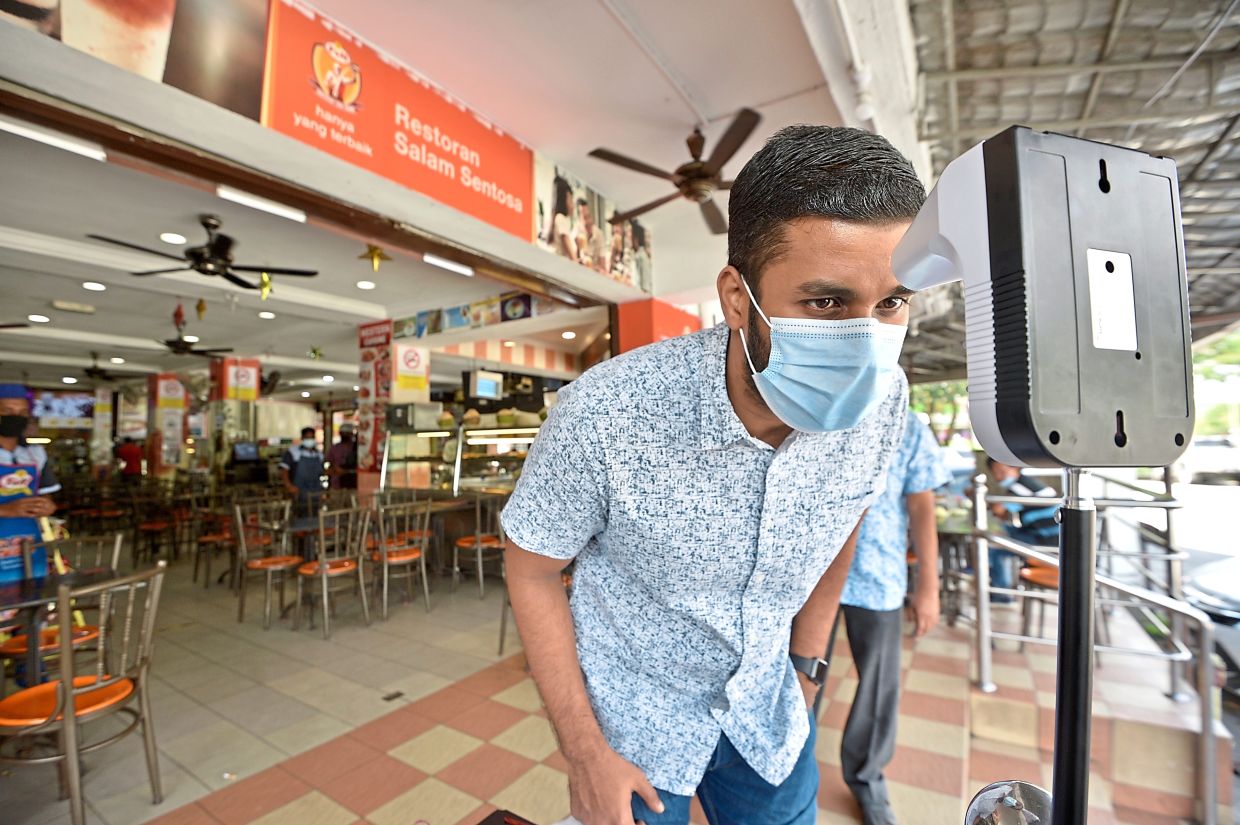 Primas suggests that the MySejahtera app be upgraded to include a column for recording body temperature, so that customers do not need to touch the pen used by many to record it in a shop’s log book.

Benny Tan, who runs a coffeeshop in Segambut, Kuala Lumpur, took a gamble in turning off his WiFi last month when the recovery movement control order was implemented and eateries were allowed to accept dine-in customers.

“People were sitting down with their laptops and ordering just one coffee then occupied the table for hours.

“We were suffering losses and I had to do something since my soft approach of advising them was ignored, ’’ he said.

“One guy threatened that he would post my picture on social media and complain about my action. After that, I just cut the Internet service, ’’ he said.

Malaysian Indian Muslim Restaurants Owners Association (Presma) president Datuk Jawahar Ali Taib Khan affirmed that its members all over the country were disconnecting their Internet and pay TV services at their establishments.

“I would say that perhaps about 30% of our members had stopped their WiFi and pay TV services, ’’ he said.

Presma has about 4,200 members nationwide, who collectively own about 10,000 outlets.

“While we don’t want to hurry people in enjoying their drink or food or chase them away after their meal, we do hope customers consider the circumstances we are facing and understand that they need to have quicker meals so that others can eat too, ’’ said Jawahar.

He said removing the additional services was also a cost-cutting measure for the operators as many were already facing losses since the MCO was enforced.

The Star previously reported that over 2,000 coffeeshops and mamak restaurants in the country had shut down permanently since March, with many more likely to follow suit. The figures were based on a survey by Malaysia Singapore Coffeeshop Proprietors General Association (MSCPGA) and Presma in June.

One week after the government made it compulsory for people to use face masks in crowded places, restaurateurs in the Klang Valley are concerned that it may lead to abuse of power.

They hoped the authorities would adopt a soft approach when dealing with those who flouted the rule.

Several eatery operators told StarMetro that there had been instances where they were fined for not following rules that they claimed were “conflicting” and “out of their hands.” Abdul Mukthahir says having WiFi and pay TV services are no longer good for business.

Malaysian Indian Muslim Restaurant Owners Association (Presma) vice-president Abdul Mukthahir M. Ibrahim said it would create confusion and give rise to allegations of unfairness if a regulation was left to discretion during enforcement.

“We are already receiving complaints from our members, ’’ he said.

“There was one outlet that said they followed all the SOP but was still summoned.

“The owner was told that customers did not write down their full name as per their identity cards.

“How can restaurant owners be liable for that?

“We have no way of knowing if customers are writing their real name and we certainly don’t have the authority to check people’s identity cards.’’

He said members were also confused over the different SOP by different local authorities.

He cited that one city council stated that one table could only seat two people, while in an area under a different jurisdiction, the rule was four people per table.

On the issue of face masks, Abdul Mukthahir said operators should not be penalised if customers refused to wear the masks while in the premises.

Malaysian Indian Restaurants Owners Association (Primas) echoed the view that operators should not be blamed for something that was out of their control.

“If the restaurant owner is at fault they should be fined, but if they had already taken the necessary action to put an SOP in place and customers fail to observe the rules then it is not fair to penalise the proprietor, ’’ said Primas president T. Muthusamy.

He said there were also situations where the policy-makers had okayed something but the enforcement authorities did not allow it.

“These ambiguous rules can lead to further confusion and create more problems, ’’ he said.

He said it was important for the government to streamline the SOP from the ministerial level to the police and the local authorities such as Kuala Lumpur City Hall.

The association too pointed out that it was not hygienic having people using the same pen to write down their personal details and temperature in a book.

Muthusamy suggested that the MySejahtera app be upgraded to include a column to record one’s temperature after being scanned at a shop, to reduce contact points.

“Datuk Seri Mazlan has suggested that we inform our members to put up a notice reminding the public dining at our outlets to wear face masks.

“Eateries that have put up the notice will not be penalised if the police find customers violating the rule.

“He was very understanding and promised us that he would bring up the matter at the next crisis management meeting of government agencies, ’’ said Abdul Mukthahir, adding that Presma would distribute the reminder notices soon. Muthusamy said at the end of the day, education was the best way forward to get people to comply with physical distancing rules.

“I always believe the best deterrent is having police presence in the form of a patrol car going around the neighbourhood with loud hailers warning the public.

Senior minister Datuk Seri Ismail Sabri Yaakob had announced that the mandatory use of face masks in crowded public places would take effect from Aug 1.

Those who refuse to follow the rules can be slapped with a RM1,000 compound.

He, however, also said that the enforcement authorities could use their discretion whether to issue a compound or let violators off with a warning.