Children from a kindergarten in Segambut tending to one of the planter boxes used to plant vegetables. — KAMARUL ARIFFIN/The Star

Instead of being glued to digital devices while staying at home, giving back to Mother Nature is a healthier way for elderly folk to spend their free time.

This was the idea behind the initiative by Sunway SPK Damansara residents association (RA) to turn a 0.068ha plot in their housing area in Segambut, Kuala Lumpur into a community garden.

The plot, which was filled with undergrowth and a potential mosquito-breeding ground before this, is now packed with vegetable patches, herbs and nine durian trees.

There is also a rainwater collection system for watering the garden, a composting facility as well as space to collect domestic waste for recycling.

Sunway SPK Damansara RA vice-chairman Yuen Loh Soon, 68, said the garden was well-maintained thanks to cooperation among the residents.

“Residents come here every weekend to help with cleaning while some volunteer to water the plants on weekdays,” he said.

Yuen thanked Segambut MP Hannah Yeoh for her monetary contribution that enabled the RA to build planter boxes for some of the plants in the garden, which was located at the bottom of a slope next to the Damansara-Puchong Highway.

“Before that, the vegetable patches were often washed away by water that gushed down the slope during downpours, but now they are easier to maintain,” said Yuen.

Meanwhile, children from a kindergarten in the area were given two planter boxes to plant vegetables.

Yeoh said she hoped the garden would provide a platform for meaningful exchanges between the elderly and the young.

“The garden gives the children a chance to learn from the elderly on how to grow and care for plants, which encourages communication between different generations.

“It is also a healthy way for the senior folks to fill their time, and it turns a wasted space into something productive,” she said.

Yeoh said she gave the RA RM10,000 each year from 2019 from her parliamentarian allocation to conduct various social programmes, including upgrades of the garden.

“The grant was used to build the raised planter boxes, which helped the elderly as they would not have to squat down so much when gardening,” she said, adding that the RA obtained approval from Kuala Lumpur City Hall to start the garden in 2016. 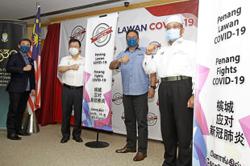 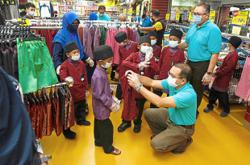