Fogging operations being carried out in many districts in Johor that have reported an increase in dengue cases. — Filepic

ISKANDAR PUTERI: Some 975 dengue fever cases, including five deaths, were reported in the first six months of the year in the Iskandar Puteri area here.

“There have been six dengue cases in Taman Impian Emas, followed by five cases in Jalan Layang-layang in Perling as of June.

“The city council, along with the state Health Department, has conducted several fogging operations around all localities of the outbreak to control its spread, ” he said in his speech during the MBIP full board meeting at Iskandar Puteri City Council building.

He said fogging had been carried out at 58,705 premises since the beginning of the year to stop the spread of dengue.

“Inspections were also conducted on some 8,781 premises in the city to identify the breeding places of mosquitoes.

“We have conducted several gotong-royong to clean housing areas around Iskandar Puteri and wipe out mosquito breeding spots, ” he said.

Salehuddin said Johor Baru district had about 80% of the 6,392 cumulative dengue cases statewide as of July.

“The lack of cleanliness is the main contributing factor to the high number of dengue cases in the district.

“We will be working closely with the state Health Department and SWM Environment Sdn Bhd to conduct cleaning and fogging activities in areas where dengue cases have been reported, ” he said.

On a separate matter, the mayor said MBIP had set up a task force to address flash flood issues in Iskandar Puteri.

“The first meeting of the task force was on June 30 where suggestions on ways to handle and overcome flash floods were discussed.

“The meeting also involved other technical agencies including the Public Works Department and Drainage and Irrigation Department, ” he said. Selangor has highest number of dengue hotspots in the country 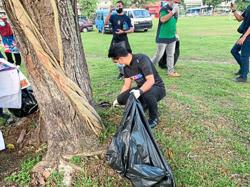