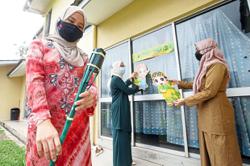 Food not stored in a hygienic manner at a restaurant.

FIVE eateries in Brickfields, Kuala Lumpur, have been issued compounds and a 14-day closure notice for violating regulations under the recovery movement control order (MCO) as well as food safety rules.

Another 11 shops were fined a total of RM11,000 for multiple infringements.

One restaurant was also served a notice for licensing violations, while four notices were issued for failure to display no-smoking signs at the premises and permitting smoking in non-smoking areas.

Some 35 eateries along Jalan Tun Sambanthan were checked and offences included failure to adhere to social distancing rules.

Kuala Lumpur and Putrajaya Health Department director Dr Param Jeeth Singh, in a statement, said the onus was on restaurant operators to ensure compliance with the 3W rules –- wash (hands), wear (face mask) and warn (customers and staff who flout MCO rules) as well as prevent crowding at the eateries.

“We encourage operators to instal the MySejahtera visitor registration system, note down the temperature of every one of their customers and practise social distancing.

“As for the public, my advice is to practise social distancing and avoid restaurants that flout basic hygiene rules, ’’ he said.

Some 210 officers were involved in the operation that was divided into two zones –- Brickfields and Bandar Tun Razak.

In Brickfields, the focus was on dirty eateries while emphasis in Bandar Tun Razak was on offences under Section 8 of the Destruction of Disease-bearing Insects Act 1975.

Out of 713 premises checked, five were compounded as they were found to be breeding grounds for mosquitoes.

The public are advised to report dirty eateries and areas deemed to be potential dengue hotspots to http://moh.spab.gov.my 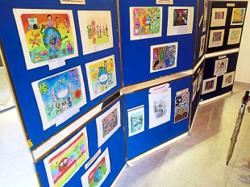