Go to the ground to help traders, councils told

Ayub says this is an immediate responsibility that the local authorities must take on in order to help the economy recover.

JOHOR BARU: The Johor state government will make more efforts to get the authorities to go down to the ground and find out about the problems faced by traders due to the Covid-19 outbreak.

“By checking on those affected and talking to them personally, there will be better understanding of problems faced and the appropriate action could be taken to help them.

“This action will strengthen ties between the authorities and the people, ” said Ayub, adding that the government would be able to better manage the post-Covid-19 situation and come out with a holistic policy.

“It is crucial that the state government gets all the necessary information to ensure that assistance is given to the people whose businesses have been affected when the movement control order (MCO) was imposed on March 18.

“This is an urgent move that the local authorities must take on in order to help the economy recover and small traders get back on their feet, ” he said.

Ayub said this was also in line with Johor Mentri Besar Datuk Hasni Mohammad’s direction to open up more sectors now during the recovery phase and boost the state’s economy.

“We want all 16 PBTs in the state to cooperate on this matter, ” he said.

It was reported earlier that Muhyiddin had called on PBTs to be more proactive and go to the ground to meet with business owners and find out their problems.

He said the move should be taken to help them restart their businesses after being closed for more than three months.

He said the current situation called for a different approach to help the government regenerate the economy.

Muhyiddin, who was on a working visit to Muar, said if before traders came to the local authorities, now the latter should go to the former and find out how to help them.

He said this was part of the new normal work culture which government agencies must get used to. 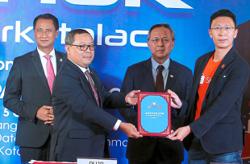 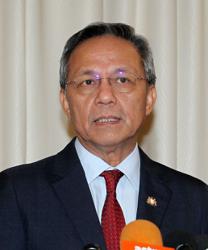