By IMRAN HILMY and And LO TERN CHERN

Azrina (with pink tudung) observing teachers Azwan Abdul Razak (left) and Fadhill Samsuri (right) arrange tables at a distance of 1m from each other in a classroom at SMK Teluk Bahang, Penang.

A SHORTAGE of space to enable proper social distancing will be among the main challenges faced by schools when they reopen on June 24.

SK Convent Green Lane headmistress Noor Azian Ahmat said the school, which has 13 classes with 813 pupils, would face difficulty in fitting all the pupils despite running two sessions.

She said although the school could use its special rooms such as the computer lab, halls and other spaces to fit the pupils, having all of them coming in full might lead to major congestion at the school entrance and the pupils colliding at tight corners.

“We will need to conduct the standard operating procedures such as body temperature scans and disinfection at the entrance after parents and school buses drop off the pupils.

“It is not ideal to have all pupils coming in at once and we might consider scheduling their lessons by timetables to limit the numbers.

“School heads will be having a meeting to discuss the matter,” she said. SMK Teluk Bahang principal Azrina Mukhtar said the school resumption would be based on the guidelines and standard operating procedure (SOP) provided by the Education Ministry.

She said the school has 72 students in Form Five.

“The health and safety of the school staff and students are of utmost importance,” she said.

Azrina said the school had been preparing for the new normal even before the SOP and guidelines were released to the schools nationwide.

She said school teachers were briefed and told to familiarise with the new norm.

“When school reopens on June 24, we will remind students to always practise social distancing and maintain personal hygiene,” she said.

Azrina said among the measures taken were that the classrooms would cater to only half of the usual student capacity, besides having only one entry and exit point at the school.

Meanwhile Teluk Bahang assemblyman Zolkifly Md Lazim said he hoped that students would adhere to the SOP imposed in their respective schools.

He said parents should also play their role by ensuring children adapt to the new normal. 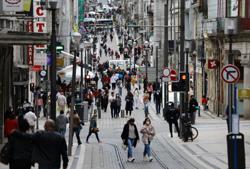 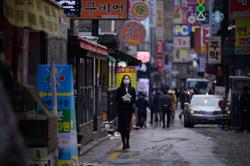