Guidelines being drawn to open Kemas kindergartens next month

Its director-general Datuk Mohamad Yasid Bidin said several guidelines were being put in place in such centres in preparation for the reopening.

The standard operating procedures (SOP) will include temperature checks and sanitising of the premises as a safety measure to prevent any Covid-19 outbreak at the centres.

“Tentatively we are set to open our taska nationwide by July 1, but this will depend on the go-ahead from the National Security Council (MKN) and Health Ministry.

“In the meantime, our officers will clean and sanitise the premises in preparation for the reopening,” he said during an event at the Pusat Kegiatan Masyarakat Kampung Sri Batu in Kuala Lumpur yesterday.

Yasid said that other precautions in place would include discouraging parents from entering the premises, to minimise contact.

“The reopening of the taska will be based on requests from parents in a particular area for these centres to operate.

“Some parents may still be working from home, so they may not need to send their children to the taska, but others like frontliners will require the service,” he noted.

Prior to this, he said 304 out of the 7,000 nurseries were already given permission to operate based on the basic SOP approved by the Government.

Following the tabling of a comprehensive SOP for childcare centres by Women, Family and Community Development Ministry, the Government decided to allow the remaining nurseries to resume operations immediately.

The move, said Ismail Sabri, would help parents who were unable to go to work previously because they did not have anyone to look after their children.

He said there were also employers who forced their workers to take unpaid leave if they needed to be home with their children, although the government had warned against it.

Taska operators could refer to the Women, Family and Community Development Ministry’s website or the Welfare Department for more information on the new SOP.

For kindergartens and tabika, the senior minister added, the SOP would be coordinated by Education Ministry before they were allowed to operate. 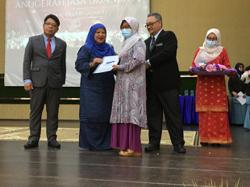 More Kemas kindergartens and childcare centres to reopen from July 15 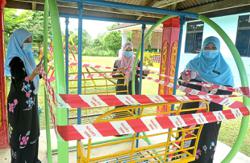