THE days of foreigners trading illegally in the carpark of a residential apartment in Brickfields, Kuala Lumpur, came to an abrupt end when Kuala Lumpur City Hall (DBKL) officers raided the place yesterday.

DBKL officers were responding to public complaints of foreign nationals operating stalls in the building’s carpark.

Residents were worried about hygiene and cleanliness as the foreigners slaughtered animals in the area and were operating like a wet market.

During the raid at Sin Lian Hin Apartment in Jalan Thamby Abdullah, DBKL learned that the stalls were sublet by Malaysians to foreigners.

DBKL shut down the business premises and sealed the area with yellow tape.

Kuala Lumpur mayor Datuk Nor Hisham Ahmad Dahlan urged the public to inform DBKL of illegal activities in their neighbourhoods. 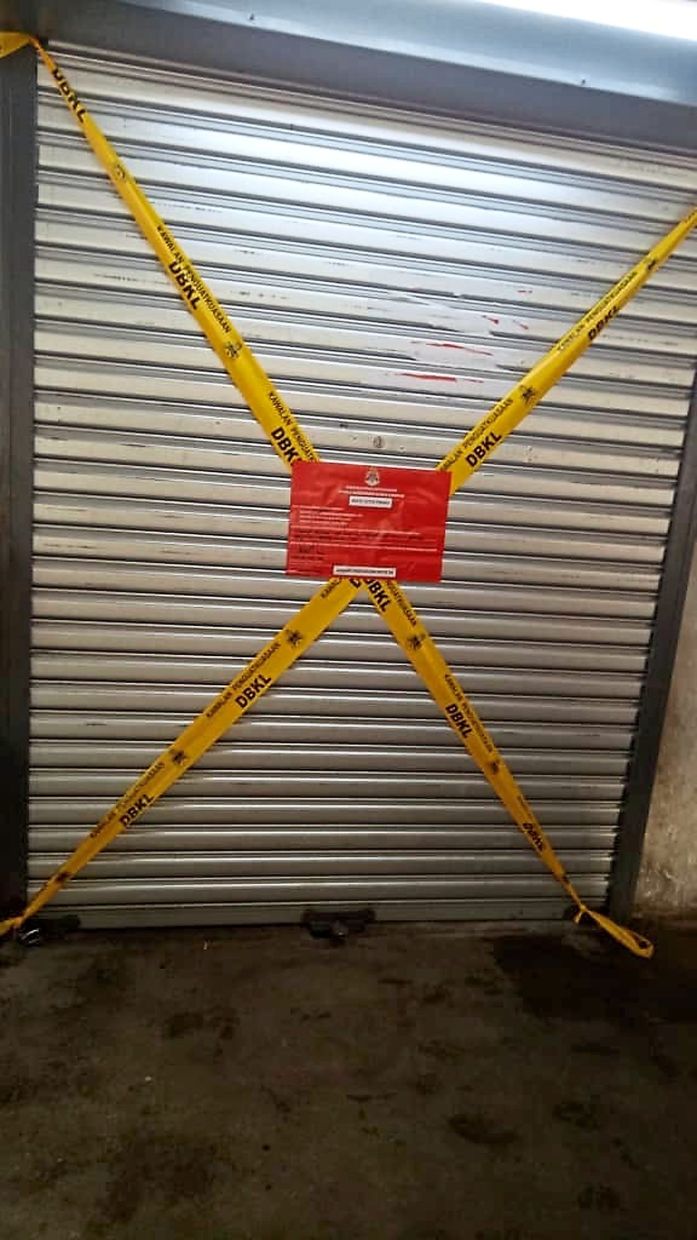 DBKL has sealed off the illegal market at an apartment carpark in Brickfields.

“If you see something that is not right, let us know and we will take action, ’’ he told StarMetro when contacted.

Yesterday, StarMetro reported that residents in Jalan Thamby Abdullah were not happy with DBKL for allowing traders to do business that was not conducive to the environment and affected the general cleanliness of the area.

The 40-year-old building, occupied mostly by foreigners working in and around Brickfields, was littered with rubbish and has a water ponding issue, making it a potential breeding ground for Aedes mosquitoes too.

When StarMetro visited the site, one stall had goat heads and carcasses hanging on hooks for display.

A cage with two live rabbits in it was also spotted.

DBKL has been conducting raids in Kuala Lumpur since the movement control order started and businesses caught flouting laws were shut down immediately and their items seized.

The majority were businesses operated by illegal foreign immigrants with licences that locals had sublet to them.