AN ORGANISED testing system must be in place before the mandatory testing of foreign workers for Covid-19 can be conducted, say industry experts.

They are urging the government to ensure sufficient testing infrastructure to cope with the influx of people that need to be tested.

An absence of such a system, they said, could lead to a logistical nightmare.

The ruling to have all foreign workers tested came after 27 new cases among them were detected at a construction site in Ampang, Kuala Lumpur. Vital workforce: Foreign workers at a construction site in Kuala Lumpur. There are an estimated 2.3 million registered foreign workers in the country. — FAIHAN GHANI/The Star

Senior Minister Datuk Seri Ismail Sabri Yaakob then announced that testing would start in Kuala Lumpur and Selangor, beginning with the construction sector.

He also said that the Social Security Organisation (Socso) would bear the cost for the tests for 60% of foreign workers who contributed to the organisation.

There are an estimated 2.3 million registered foreign workers in the country.

Professor Dr G. Jayakumar, who is a professor of Occupational Health at the Faculty of Medicine in Melaka Manipal Medical College, said testing foreign workers for Covid-19 was a good idea as they were a high-risk population considering most of them lived in poor housing conditions.

He said it could be a logistical nightmare as it had been estimated that there were a few million documented and undocumented foreign workers in the country.

“The government will need to come out with a clear policy of identifying and prioritising the test among these two groups of workers.

“An accurate test kit may be used to hasten the testing process.

“Social distancing, cough etiquette and other personal hygiene preventive measures are to be reiterated, ” he told StarMetro.

Real Estate and Housing Developers Association (Rehda) Malaysia president Datuk Soam Heng Choon was concerned over the absence of a proper system for the mandatory testing.

“We are worried this directive will cause a bottleneck at testing facilities and create more confusion, ” he said, adding that there was little information on clinics and hospitals that conducted the tests for foreign workers. Soam says 400,000 foreign workers in construction sites in the Klang Valley are expected to be tested.

While some construction sites were already starting up in other states, albeit slowly, Soam said those in the Klang Valley would restart soon as many projects were concentrated in Kuala Lumpur and Selangor.

He said with an estimated 400,000 foreign workers in construction sites in the Klang Valley alone, it was essential that tests were organised and systematic.

“There needs to be as many testing labs as possible because of the sheer number of workers coming back to work, ” he stressed.

He reminded Rehda members to adhere to guidelines and standard operating procedures (SOP) issued by the Construction Industry Development Board (CIDB). “Our main concern is to prioritise the safety and health of our workers.

“We are also advising our workers to stay safe, especially when interacting with others, ” he added.

Gamuda Berhad said it had implemented control measures at key facilities, including its five Centralised Labours Quarters (CLQs), to prevent any potential outbreak. 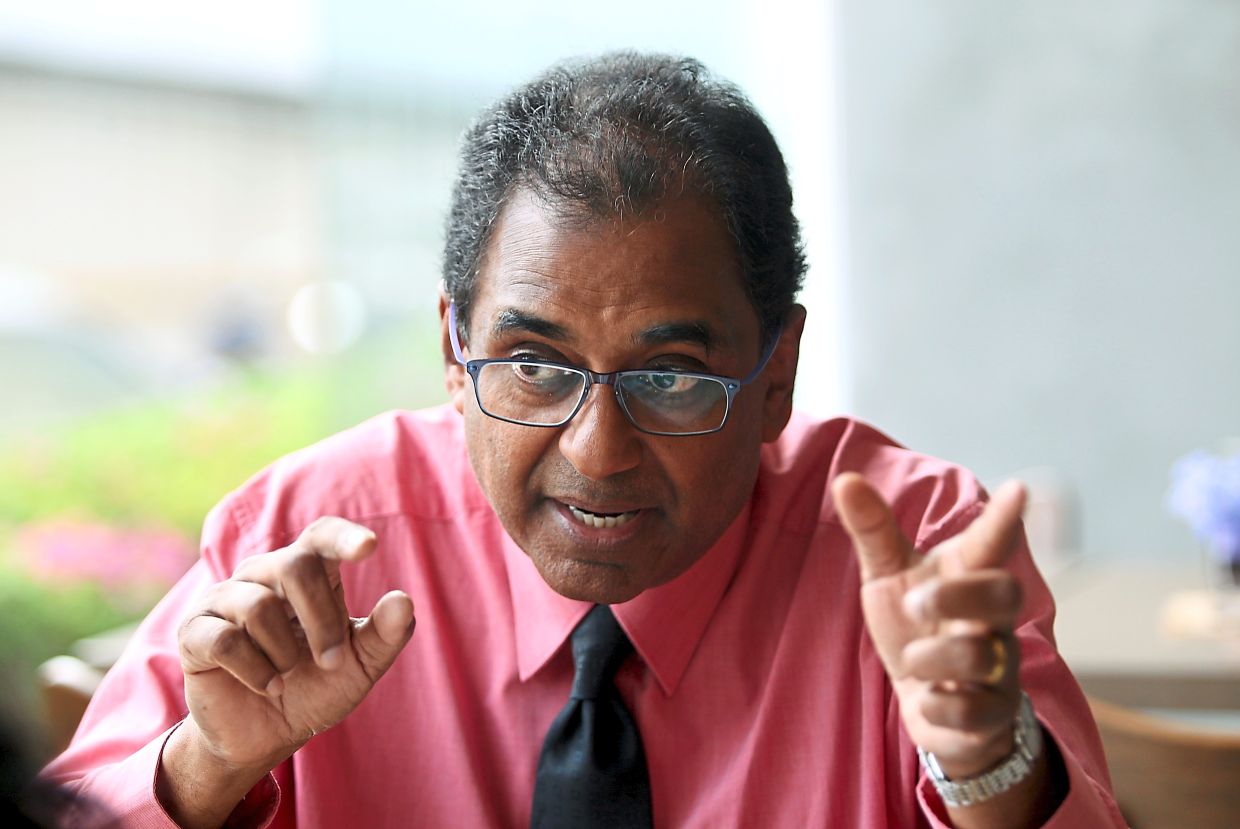 Prof Jayakumar says an absence of a good system could lead to a logistical nightmare.

“These residential facilities house thousands of workers. Firstly, the occupation density at all CLQ’s were reduced by redistributing workers between the facilities strategically.

“To enforce further social distancing and segregation, all facilities were reconfigured by installing physical barriers or ‘firewalls’ to separate workers by different clusters or blocks.

“Each block has separate entrances and facilities to isolate the groups and to ensure they do not mingle, ” a Gamuda spokesman said.

She added that as a contingency, every CLQ had designated blocks barred off as a Centralised Quarantine Quarters (CQQs) should the need for containment arise.

“These CQQs have been set up with controls for adequate social distancing, and with engaged pre-packed catering services as well as dedicated medical teams, ” she added.

Setting up a task force

Federal Territories Ministry has moved to set up a special task force to monitor construction sites in the country’s capital city.

Minister Tan Sri Annuar Musa said the task force, headed by CIDB, would be assisted by Kuala Lumpur City Hall (DBKL) and Occupational Safety and Health Department (DOSH) to ensure the welfare of foreign workers were protected. Commenting on the case at the construction site in Ampang, a ministry official told StarMetro that had it not been for a worker who went into a clinic to get treatment, they would not have known there were many cases there.

Clinic staff alerted Health Ministry and a mass screening was carried out. Foreign workers seen at a construction site in Puncak Alam.

Annuar said it was crucial that developers and their main contractors get their workers tested for the Covid-19 virus, using the facilities of private labs.

He also warned employers to ensure that their workers were housed at sanitised accommodations.

Following the announcement of the conditional movement control order (MCO) and reopening of parts of the economy on May 4, DBKL has allowed construction sites to operate according to the time frame stated in their respective permits.

“We are part of the task force, and how we are going to enforce this is unclear for the moment. “We are still under conditional MCO and there is an SOP in place, ’’ said a spokesman from the Kuala Lumpur and Putrajaya Occupational Safety and Health Department.

“We are having a meeting to iron out the details, ” added the spokesman. 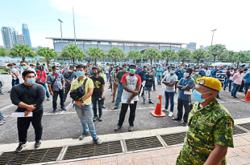 CIDB: Only 23% of construction sites not in operation