Residents associations in Kuala Lumpur fear that if mass gatherings like Ramadan bazaars are allowed, the virus will spread further. — Filepic

“Even if the movement control order is lifted before the fasting month, I do not think it is safe to set up a stall at the bazaar. We have to consider factors such as the crowds and cleanliness, ” she said.

“I am opting for online orders whereby the transaction will be done through apps and I will do the delivery myself. I am the sole breadwinner in the family, therefore I need to find ways to earn money, ” she added.

The mother of four said her children had also advised her to not open a stall during the fasting month.

Senior Minister Datuk Seri Ismail Sabri Yaakob had said that there would be no Ramadan bazaars nationwide during the movement control order (MCO) which was introduced because of Covid-19.

The Health Ministry had suggested “drive-thru Ramadan bazaars” as an alternative to traditional food bazaars to reduce human contact and stem the spread of the virus. 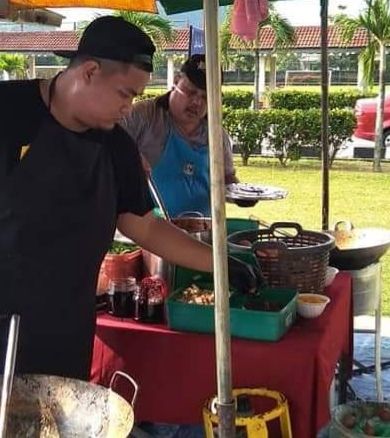 Civil servant Razizi Razali, 55, said he was worried about how his son, Syakir Rifqi, who sells noodles, would make ends meet if Ramadan bazaars were disallowed in Perak.

“He can normally earn about RM700 a week and more during Ramadan.

“Since the MCO started, he could not open his stall at night markets. So he has been working part-time as a cleaner.

“He has only been able to earn about RM300 over the past three weeks, ” he said.

Razizi added his son has a family of four to feed and is forced to use his savings.

Razizi hopes his son can resume business once the MCO is lifted.

“He has told me that if needed, he will opt for online food delivery, ” he said.

Hawkers and Petty Traders Association of Malaysia president Datuk Seri Rosli Sulaiman said the bazaars should be cancelled, saying that there was not enough time for traders to prepare.

“Normally, food traders would begin stocking up raw supplies at least a month before Ramadan.

“But due to the MCO, they simply will not have enough time to go out and buy supplies before Ramadan starts, ” he said.

Rosli said the stalls would also need to be spaced apart to ensure sufficient distance between them.

“But this will be impractical as every bazaar has limited space and is already allocated a certain number of lots. If the number is reduced, it will be unfair to those traders whose stalls are removed, ” he said.

Perak Malay Small Traders and Hawkers Association (Kinta branch) chairman Zahari Murad said traders must be ready to start selling their products online if Ramadan bazaars were not allowed in view of the Covid-19 pandemic.

“This is important so that they can continue to have an income.”

He said some 781 members in the branch would be affected if bazaars were not allowed this year.

“Some of them have already started selling their products online, like clothes, food and other necessities, ” he said.

“This pandemic is an eye-opener that we must have alternatives in running our businesses.

“So I hope traders and hawkers will start online sites to promote bazaar dishes and other items which can then be delivered to the doorstep of customers, ” he added.

Perak Mentri Besar Datuk Seri Ahmad Faizal Azumu said the state government would discuss the fate of Ramadan bazaars with stakeholders soon, including the most appropriate method to carry out such businesses.

Meanwhile, residents associations are hoping the Federal Territories Ministry will put the uncertainty to rest and cancel Ramadan bazaars in Kuala Lumpur.

“The bazaar attracts many visitors from outside the area. We are afraid the virus will spread further because of the mass gathering of shoppers and traders.”

He said extraordinary measures such as cancelling mass gatherings were needed before normalcy can return.

Intan Baiduri PPR in Selayang RA committee member Khairul Anuwar Yusoff said the absence of bazaars during Ramadan should not be a problem as people could still cook at home.

“This is also an opportunity to revive the old tradition of exchanging food with neighbours to promote community spirit, ” he said.

Seri Aman PPR in Kepong RA chairman Mohamed Nawaz Koya said the government could not afford to relax yet as more Covid-19 cases were being reported every day.

“However, the government must find a win-win solution for all parties, especially traders who will be hit hard financially, ” he said.

Federal Territories Minister Tan Sri Annuar Musa on Twitter said his ministry would issue a directive on the matter on Thursday.

Numerous states have already announced they are cancelling Ramadan bazaars this year.