JOHOR BARU: It does not come as a surprise when one hears of wildlife getting killed because of human encroachment into their jungle habitat through unplanned development as well as poaching.

But being roadkill is now an added threat to their existence.

This is the reality for the Malayan tapir, many of which have become victims of roadkill.

Johor Wildlife and National Parks Department director Salman Saaban provided a grim picture of the tapir population in the state when he said roadkill would be a major cause for their numbers to dwindle over the next five to 10 years.

He said that from Jan 5 to Feb 25, Johor recorded six tapirs killed after being knocked down by vehicles.

“Two of the cases happened in Kota Tinggi along Jalan Kota Tinggi-Mersing and Jalan Tanjung Balau-Sedili Kecil. Two others occurred in Jalan Padang Tembak, Kluang, and the Segamat-Kuantan Highway.

“The remaining two took place at stretches of Jalan Sekakap-Mersing and Jalan Mersing-Jemaluang, Mersing,” he said in an interview. The carcass of a tapir that was caught in a poacher’s trap in Johor. — Bernama

Three of these roads were major hotspots where the roadkills happen, he said.

Salman said that between 2015 and the end of last year, 14 tapirs became roadkill.

But road accidents are not the only danger to the tapir, as many are killed by traps set by poachers and farmers trying to protect their crops.

Though he does not have accurate statistics on tapirs killed by traps, Salman confirmed that wire traps had caused serious injuries to these animals, with cuts to their neck and slashes to their hooves which sometimes made them lame.

He spoke of many cases where tapirs had been saved from traps but unfortunately died within two to seven days after being rescued.

“The deaths are the result of infected wounds. Tapirs have also died due to capture myopathy, hypovolemic shock or other causes,” he said.

Capture myopathy is a non-infectious disease of animals in which muscle damage results from extreme exertion, struggle, or stress.

Hypovolemic shock is a life-threatening condition that results when the body loses more than 20% (one-fifth) of its blood or fluid supply, making it impossible for the heart to pump a sufficient amount of blood to the body, thus leading to organ failure.

“The tapir population is in a critical state of late because of its slow reproductive rate. A female usually takes 13 months to produce a baby and, taking into account the nursing period of two years, the next baby can only be delivered after three years and six months.

“Going by this, a female tapir can only give birth to five or six babies in its lifetime (of 30 years),” said Salman.

He estimated that there were 295 tapirs left in the wild in Johor. 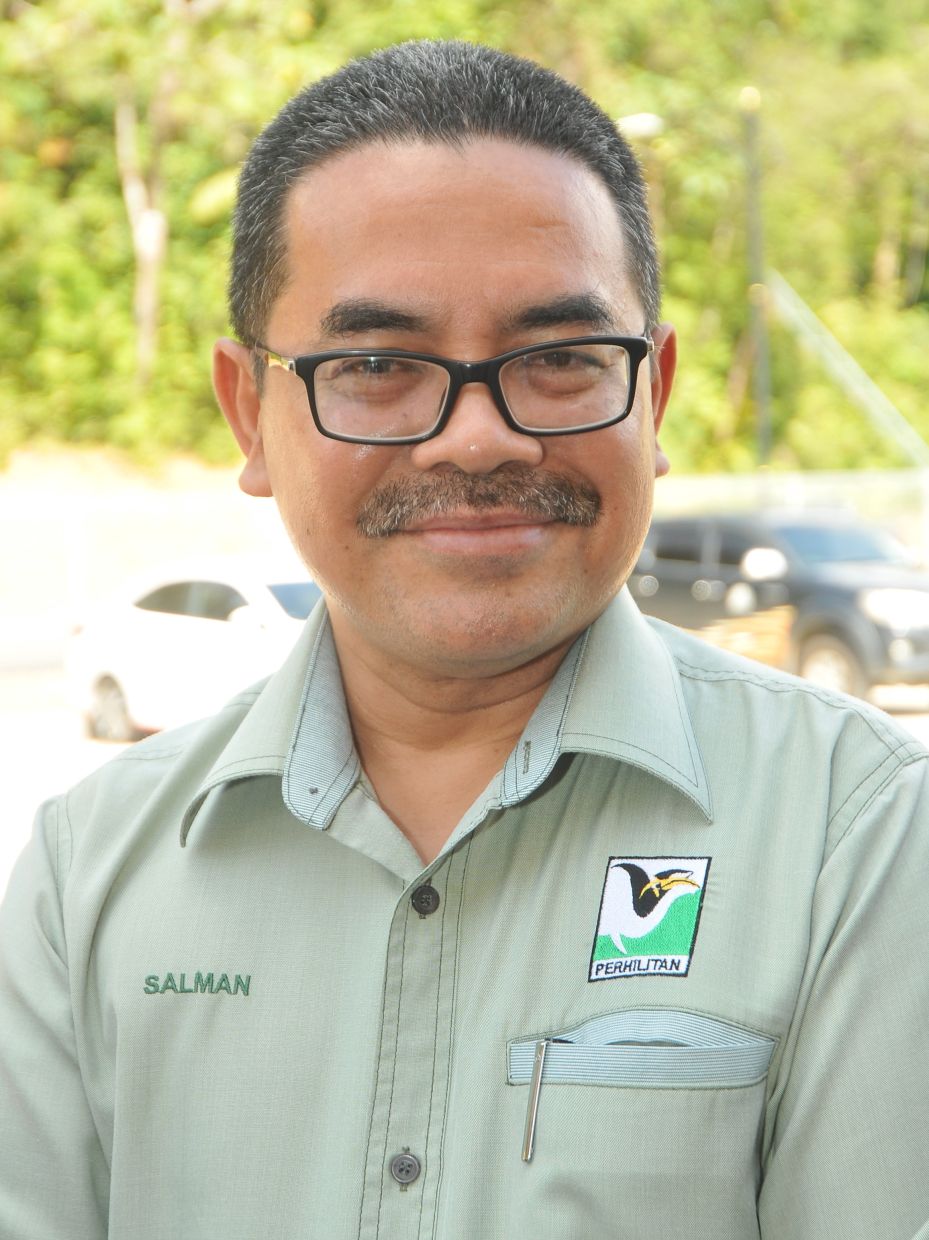 Salman says some tapirs have been saved from traps but unfortunately died within two to seven days after being rescued.

“The figure was arrived at based on a study of their population density, which are nine in 100sq km of forests, in the 3,286sq km of forests in Johor.

“The Endau-Rompin National Park in Pahang has the highest density of tapirs,” he added.

“As such, intervention measures must be taken immediately. This includes installing signage along the roads in the hotspots regarded as the major habitat of the species to prevent roadkills,” he said.

So far, 41 signage have been put up along the roads where the animal is often seen crossing.

“The Johor Wildlife and National Parks Department is also stepping up enforcement to reduce the number of tapirs killed or trapped by poachers,” said Salman.

It is also undertaking habitat-enrichment programmes such as making available artificial salt licks to supply the necessary minerals for the tapirs in areas where a high tapir presence is recorded, such as in the Panti and Sedili forest reserves in Kota Tinggi, he said.

He also spoke of the need to have public awareness programmes such as exhibitions and talks to educate the people on the importance of protecting wildlife.

Salman lamented that financial constraint was making it difficult to run a planned tapir conservation programme.

Besides, the department also faces the problem of irresponsible people carrying out illegal farming in lands close to the habitat of tapirs, he said.

“The tapir is a herbivore which eats various types of shoots and leaves from about 115 types of vegetation.

“It also requires mineral salts as a supplement and this it gets from the natural salt licks in the jungle.

“If it has difficulty sourcing for food in the jungle, the tapir will look for food in nearby farms or villages and orchards. This exposes it to the danger of becoming roadkill,” he said. – Bernama