KOTA TINGGI: The carcass of a male tapir, believed to have been hit by a vehicle, has been found along Jalan Bukit Aping-Kangkar Papan here.

Johor Wildlife and National Parks Department (Perhilitan) director Salman Saaban said they received a call from a member of the public about a road accident involving a tapir at around 10.20pm on Monday night (June 14).

“A team from the Bandar Penawar Perhilitan office went to the scene and found the carcass of an adult male tapir, weighing about 300kg, some 1.5km from a petrol station near Waha heading towards Kota Tinggi.

“Investigations showed that the animal died from being hit by a vehicle but no vehicle was found at the scene,” he said on Tuesday (June 15).

Salman said the department has taken basic morphological measurements and the tapir’s carcass was brought to the Bandar Penawar Perhilitan office for disposal.

He added the tapir was believe to have strayed from its habitat in the Seluyut Forest Reserve in search of food until it crossed the road to Felda Bukit Waha.

“This is the third roadkill incident in Johor this year with the first incident on March 27 involving a male tapir along Jalan Jemaluang-Mersing in Mersing.

“The second incident on April 6 also involved a male tapir along Jalan Sedili-Tenggaroh here,” he said.

Salman added that Perhilitan also carried out a rescue operation after a female tapir got caught in a trap at Felda Tenggaroh 5 on April 28. The freed animal was then brought to the Endau Rompin National Park. 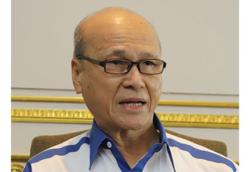