IT was a melodious night for more than 1,000 people at the Dewan Sri Pinang during an orchestra performance by SMJK Jit Sin students.

During the ‘Erota Musica’ concert, the orchestra members charmed the audience with their rendition of popular classics like Phantom of the Opera as well as box office hit movies like The Avengers, Coco, Ratatouille, Pirates of the Carribean and James Bond.

Other lovely songs included Pangu Separates the Sky from the Earth, A Thousand Years of Prayer by Mogao Grottes, Warabe - Uta Fantasy, At Dawn They Slept, Exultate, Pilatus: Mountain of Dragons and Chaikovsky’s Serenade for Strings.

“We are aiming to raise more funds this year as we need the money for the school marching band to compete in an international competition in Thailand this year.

“Besides, we are also looking to get extra funds to buy new instruments so that orchestra members can have better ones.

“So far, we have collected over RM50,000 from ticket sales for the concert and from various donors and sponsors.

“We hope that with the funds, we will be able to buy better quality instruments for our members as these instruments are usually expensive, ” she said during the recent concert. 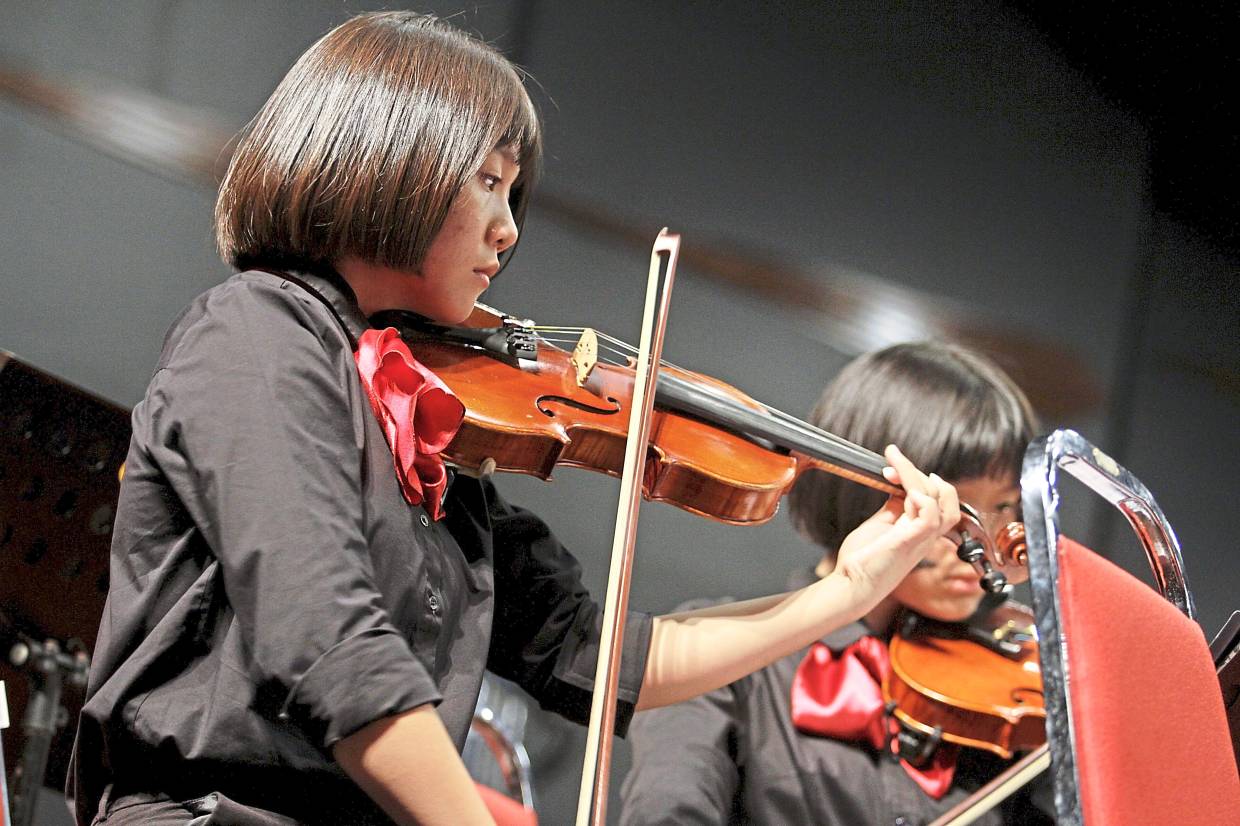 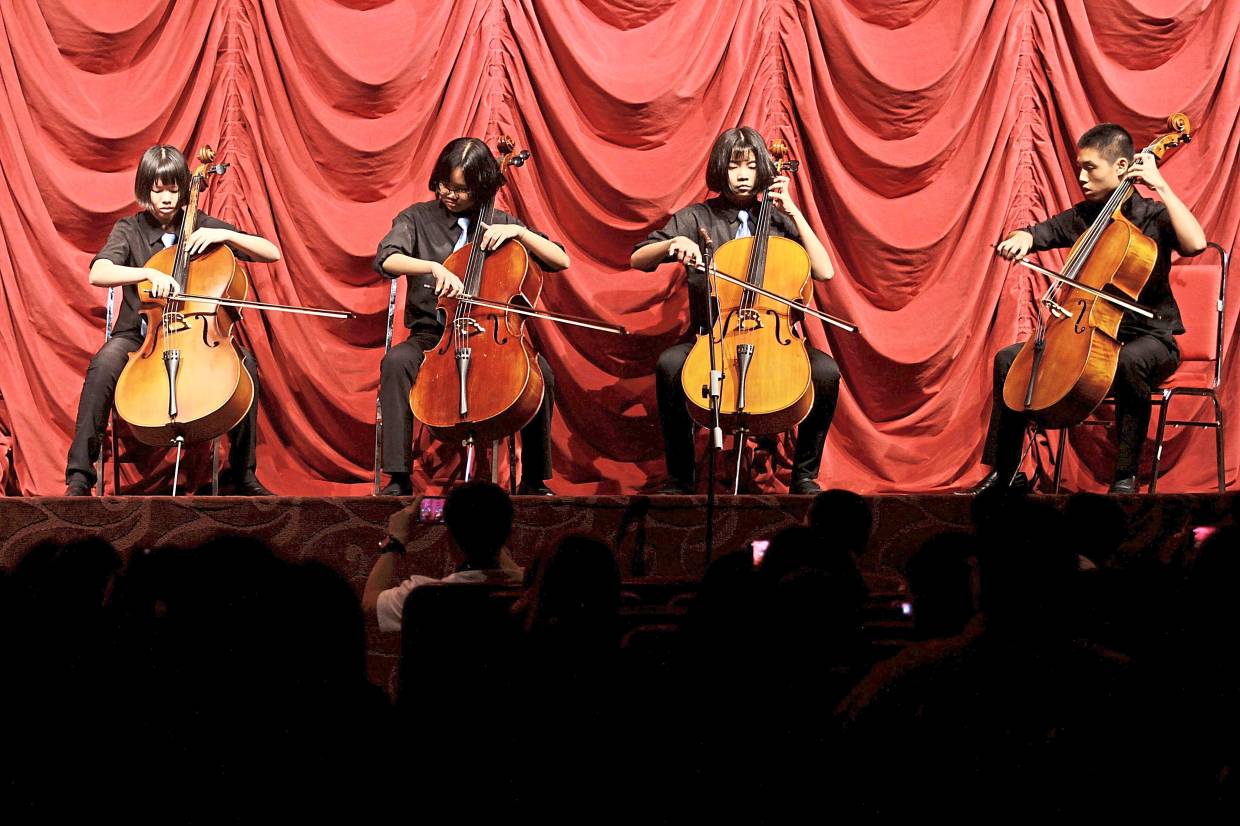 A conductress guiding the orchestra through an interesting song.

Orchestra members mesmerising the crowd with a tip-top performance.

The cellists showing their versatility on a classical number.