Tay, who had planned a trip to Vietnam (as above) during the Chinese New Year holidays with his family, decided to cancel it as he did not want to endanger them. — Filepic

JOHOR BARU: The Covid-19 outbreak has led to many Malaysians cancelling or postponing holidays abroad this year.

Many are not taking any chances as the virus which originated from Wuhan in Hubei province, China, has spread to over 30 countries.

Businessman Michael Tay Chee Boon, who planned a trip to Vietnam during the Chinese New Year holidays with his family, said he decided to cancel it as he did not want to endanger them.

“The safety and well-being of my family is more important. We did not want to risk getting infected, ’’ he said.

Tay said most of his relatives and friends who normally travelled abroad during the school holidays in March have either cancelled or postponed their trip until Covid-19 is contained.

Assistant manager Jenny Chan and her 15 travel mates who were scheduled to leave for Busan, South Korea on Feb 13, just in time to celebrate Valentine’s Day the next day there cancelled it for fear of the virus.

“All of us agreed to cancel the trip as we did not feel safe going on holiday due to the outbreak, ’’ she said, adding that the airlines refunded 70% of the ticket price.

Chan said they also put on hold their plans to travel to Okinawa, Japan in April and would only go there after the situation returned to normal.

Assistant leasing manager Josephine Lim said she was undecided about going to Sydney this May or June.

“Hopefully, the virus will be contained by then.

“I am looking forward to travelling as I have not been on holiday abroad for the past one year, ’’ she said.

On the other hand, housewife Ala Nur Jalila Taslim said she would proceed with the Trans-Siberia Exploration from June 19 to July 5.

“This is a trip on my bucket list and I have booked the trip costing RM11,990 in October last year, ’’ she said.

Ala Nur said the 17D/14N trip by train would start from the Russian capital Moscow via Mongolia and end in Beijing, covering 7,621km.

Retiree Saary Ismail said now was the best time to buy air tickets as most airlines were offering promotional fares due to weak demand following the outbreak.

He and his two friends would be flying to Istanbul from Kuala Lumpur for a holiday from Oct 27 to Nov 6.

“Usually it costs more than RM3,000 to fly direct from Kuala Lumpur to Istanbul, but we managed to get our tickets for RM2,500 each, ’’ said Saary. 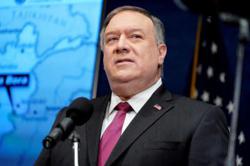 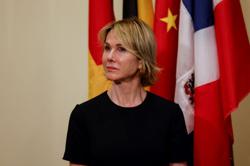