Mohamad, accompanied by Wee, wishing guests a happy new year as he arrives at the open house hosted by Negri Sembilan MCA.

THE Chinese New Year open house organised by Negri Sembilan MCA saw a large multiracial crowd turning up at the Moi Kong Association Hall in Seremban to usher in the Year of the Rat.

The crowd started arriving at the hall as early as 5pm. The guest of honour was Barisan Nasional deputy chairman Datuk Seri Mohamad Hasan.

There were also traditional Chinese and modern dance performances by various groups.

Mohamad in his speech urged Malaysians from all walks of life to work towards strengthening unity.

“Malaysia is a multiracial nation where we have people of different faiths and beliefs.

“We must value our unity as only a united Malaysia can ensure that we can continue to live in peace and harmony,” he said.

Mohamad added that although Barisan lost the last general election in 2018, it had had a good record of having managed the country well for 60 years. 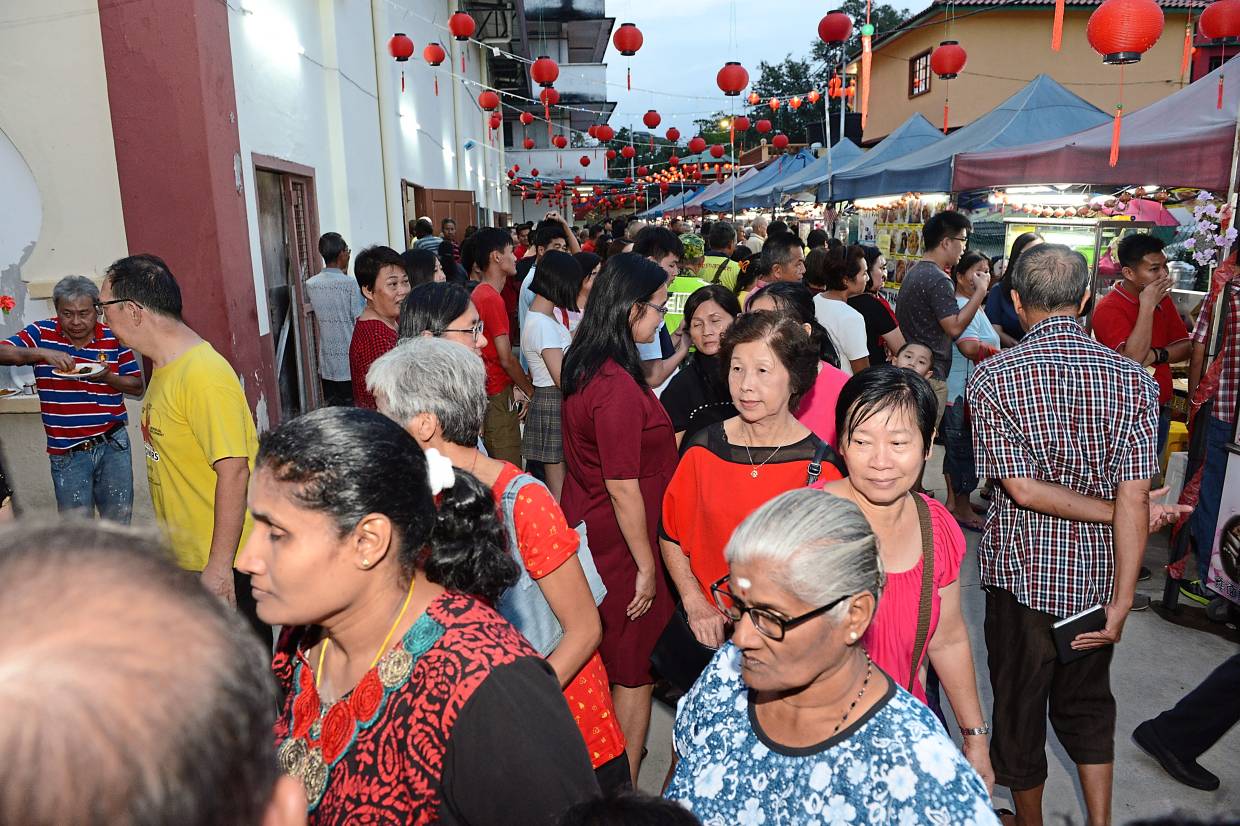 Part of the crowd who turned up at the Negri Sembilan MCA Chinese New Year open house.

“The country has not been managed well since the last general election and we have seen businesses suffer and the economy flounder.

“Our country seems to be without direction and the outlook is not good either,” he said.

Mohamad urged MCA to work harder to regain the trust of the people.

“I am confident that Barisan will win the 15th general election but for that to happen, we need to start working now,” he said.

Mohamad also urged the Chinese community not to be worried over Umno’s cooperation with PAS.

“Our critics are saying that we will become a Taliban state just because we work with PAS.

“Let me assure you that this will never happen,” he said.

“We need leaders like you who can do much for the people.

“I was told that when you were Negri Sembilan mentri besar, for 14 years you had never increased assessment tax and quit rent in the state.

“Some state leaders should learn from you how to increase revenue without having to increase such taxes,” said Dr Wee.

Mohamad later tried his hand at Chinese calligraphy. He then joined the VIPs to toss yee sang.