The Consul-General of the People’s Republic of China to Penang said China, with a population of 1.4 billion, has strong purchasing power with more than 400 million people forming its middle income group.

“This means that the scale of China’s middle income group has further expanded, and will help China’s economy in moving towards a domestic demand-driven transformation.

“Besides, China’s economic resilience and capability to guard against external impacts continue to grow stronger, ” he said in his speech during the Spring Festival reception for media in northern region of Malaysia at Bayview Hotel Georgetown recently.

Lu said China and the United States had just signed the first phase of a trade deal.

“This shows that China and the US can, on a basis of quality and mutual respect, find appropriate and effective solutions of relevant issues through dialogues and negotiations.

“Cooperation is the only right choice for both countries, and the path to problem-solving is through joint efforts, ” he said.

“New situations and new problems are inevitable during the implementation of a policy.

“However, our determination to implement the policy will not change.

“Our confidence in safeguarding the prosperity and stability of Hong Kong and Macau will not change.

“We will certainly unite our compatriots in Taiwan to promote peaceful development of cross-strait relations and advance the peaceful reunification of our motherland, ” he said.

Hosted by the Consulate-General of the People’s Republic of China in Penang, the reception saw media personnel in Penang mingling with one another as they enjoyed a Chinese course dinner.

Press members from various media platforms let their hair down and some of them even performed during a karaoke session which kept the other guests entertained.

Lu also gave out souvenirs to the representatives of major media platforms in Penang as a token of appreciation for their hard work. 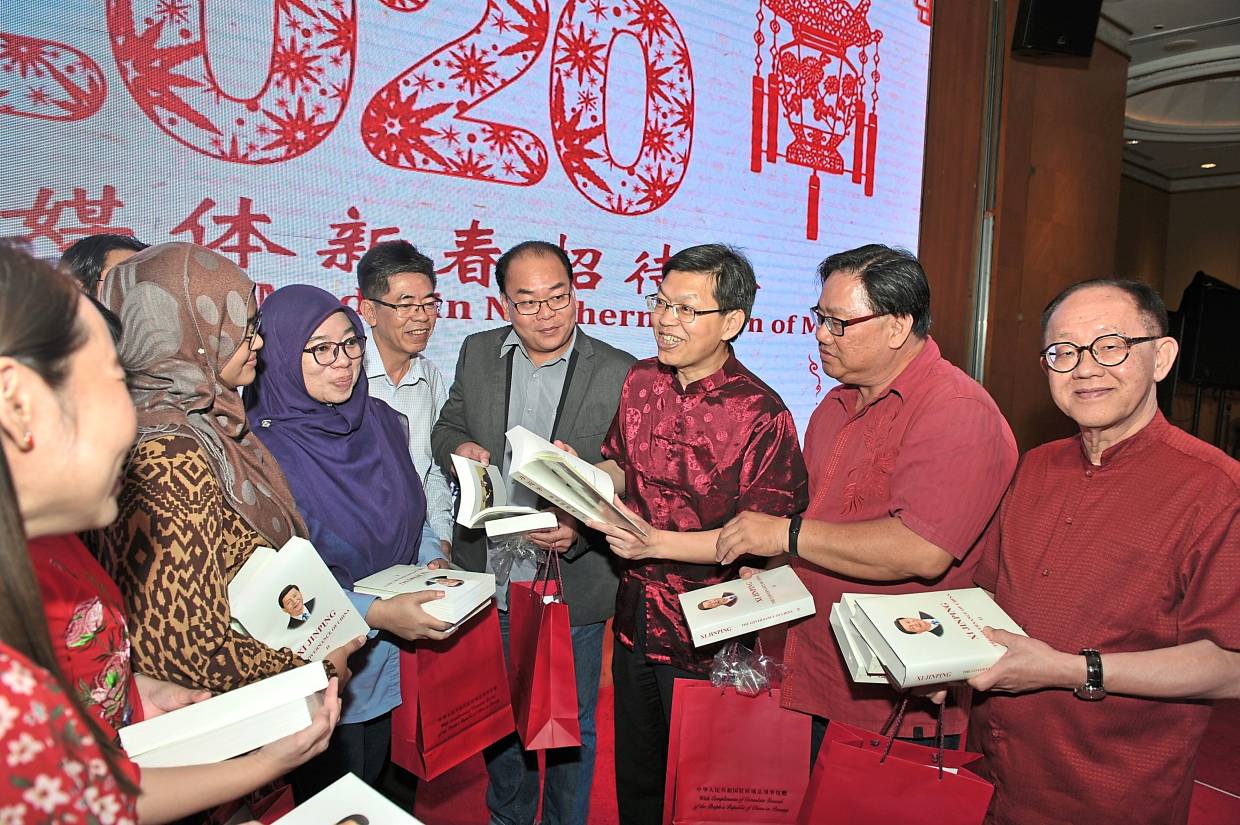 Media personnel giving a karaoke performance at the event.