Glimpse into life at clan jetties

Chew Jetty resident Khoo Chew Boay, 85 (in green), pointing out her home to Chief Minister Chow Kon Yeow (middle) and other VIPs in one of the photos displayed. Starpic by LIM BENG TATT/The Star/ 02 Jan 2020.

DISCOVER the many facets of life in Penang’s Clan Jetties through the Eye on Jetties Photo Exhibition currently on at Jetty 35 along Weld Quay, Penang.

With 14 images accompanied by brief stories, the exhibition will give visitors a better understanding of the unique waterfront community that has withstood the test of time.

Most are fifth-generation descendants of port workers who emigrated here from China’s Fujian province, and still enjoy a simple way of life on the waterfront.

This feeling of ‘home is where the heart is’, is well captured by photographers Leong Wai Yee and Chang Wei Chuan, working alongside a team from event collaborators and curators City Eye, a local magazine.

Leong shared, “The clan jetties are unique to Penang. You won’t find such a setting and culture elsewhere. I enjoyed documenting it.”

City Eye representative Chong Lee Choo said the exhibition’s aim was to highlight the cultural significance of the site, as well as its place in George Town’s history. Visitors checking out the images featured in the Eye on Jetties

“Most visitors typically visit the Chew Jetty, but there’s also much to see in the Tan, Lim, Lee, Yeoh and New Jetties with many residents still living there, ” she added.

Besides the souvenir stalls set up by enterprising residents, there are no less than a dozen temples and a dozen quaint eateries spread across the jetties.

According to the exhibition booklet, the unique community was first established towards the end of the 19th century.

The jetties served as docks for small vessels like sampans that transported goods and crew members between the shore and bigger ships docked further out at sea.

Basic infrastructure such as water and electricity was only introduced in the 1960s.

Elderly residents interviewed also recalled how clans competed with each other for work in the olden days.

This resulted in closed communities that did not interact much with those outside their clans. Today, the clan identities are no longer divisive and residents mingle freely. 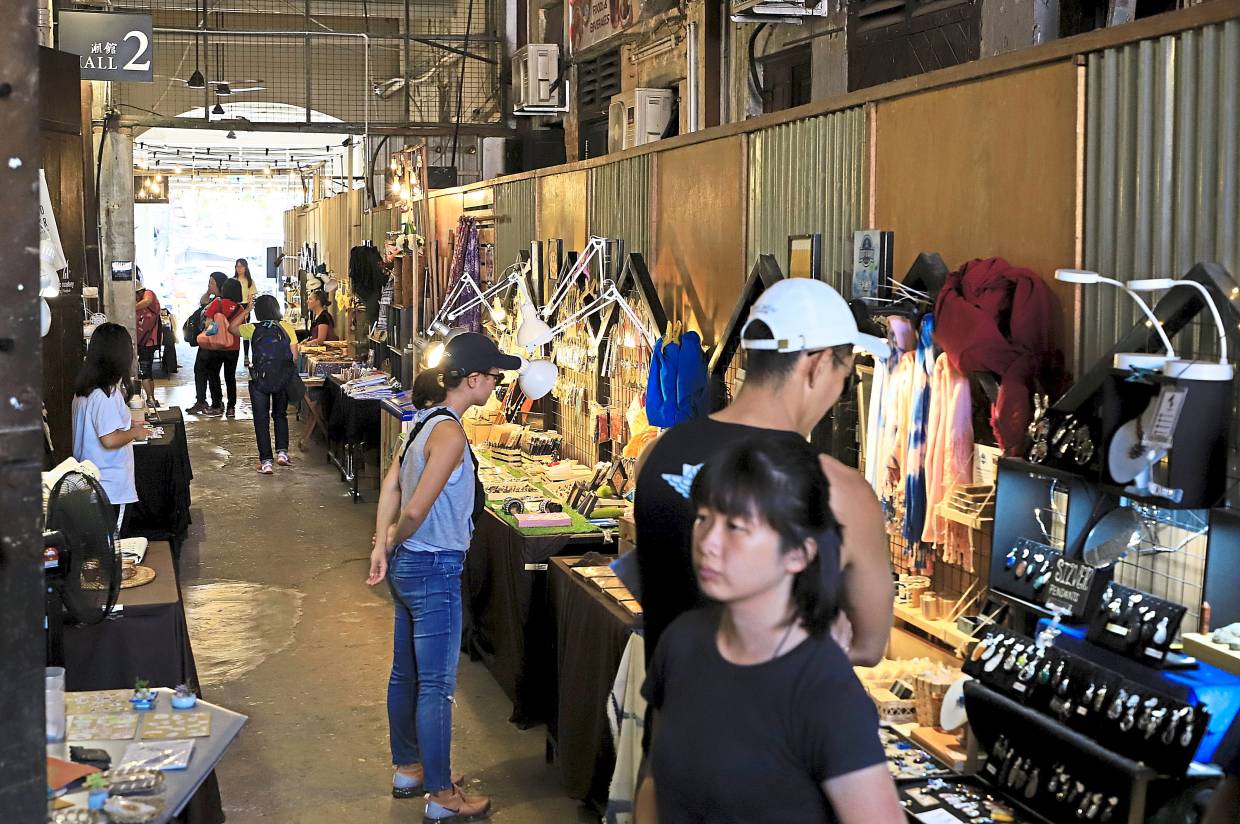 The loss of Penang’s Free Port status in 1969, coupled with the development of Butterworth’s Deep Sea Port, sharply reduced demand for manual labour.

As their old jobs disappeared, many residents sought new employment in the city, or started their own businesses.

Around the turn of the century, the area was earmarked for development. But George Town’s listing as a UNESCO World Heritage Site in 2008 generated new consciousness for conservation, and saved the clan jetties from the wrecking ball.

While the commercialisation that followed led to some residents lamenting the loss of their former rustic lifestyles, others embraced the new business opportunities and income streams it offers.

Chow, who opened the exhibition recently, has a particular affinity for the area, having been elected as assemblyman for the Pengkalan Kota constituency during the 8th General Elections in 1990.

He later represented the area as Tanjong MP for three terms from 1999 to 2013, before returning for a fourth term in 2018.

“Through the exhibition, I hope visitors will further explore the clan jetties and see for themselves the living heritage in Penang.

“Hopefully, it inspires one to go on and capture their own fascinating images to keep as mementos, ” Chow added.

He was joined by Gooi, Penang tourism, arts, culture and heritage exco Yeoh Soon Hin and other local leaders in touring the exhibition.

The Eye on Jetties show at Hall 2 of Jetty 35, located just opposite the clan jetties itself, continues until Feb 8 and is open for viewing between 10am and 7pm daily. Entrance is free.