Gift of hope and time for children

SCASFT president Datuk Hong Yee Keong (front row, eighth from left) along with members of the organisation and children in a photo session to show their appreciation for the donations at the Chinese New Year event.

Some 100 children from the Spastic Children’s Association of Selangor and Federal Territory (SCASFT) were treated to an early Chinese New Year celebration by philanthropists and members of the Happy, Love and Care Charity Group.

In conjunction with the celebration held at the SCASFT centre, the association also received a total of RM42,888 from various donors.

At the event organised by the charity group, a lion dance troupe performed to the delight of the children, parents and visitors.

There was also a magic show that thrilled the children, who later showcased their talent through dance and vocal performances.

Established in 2015, the Happy, Love and Care Charity Group consists of volunteers with the common intention of helping people in need.

Charity group head Datuk Jerry Ching Wee Chun said, “It is truly an experience for us to hold the event for the fifth year as we wanted to spread the Lunar New Year cheer to the students at this centre.

“It is important that we do our best for society.” 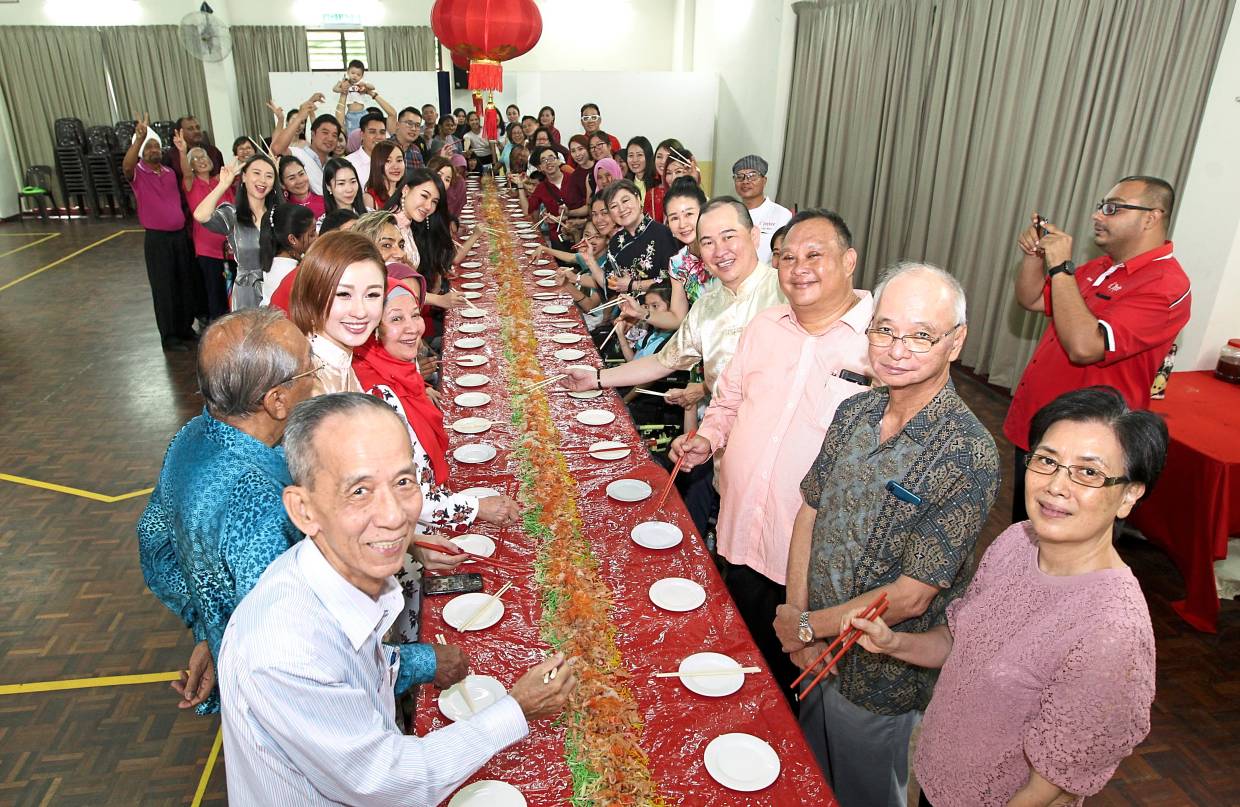 Ching (fourth from right) along with committee members of the association, sponsors, families and children taking part in a yee sang tossing session at the celebration.

She said the association had been of great help to many who came in poor condition but eventually developed better control of their hands and legs.

This made it possible for the children to have a better quality of life, she added.

Herley Abdul Hamid, who has a child with cerebral palsy, contributes his time by advocating the association’s work.

He recently published a book entitled Living with Meaning, which chronicles the family’s journey with a disabled child.

“My son Muhammad Haziq was born normal. But a series of medical complications led to him being diagnosed with cerebral palsy, ” said Herley.

“He is blind, unable to walk and talk and has to be fed through a tube.

“But we believe that he is very strong-willed, because he survived despite near-death incidents, ” he added.

Profits from the book were channelled to SCASFT.

The association has benefited over 2,000 students since its formation in the early 1960s.

In fact, two of the children could potentially represent the country in boccia at the 2020 Tokyo Paralympics.

For the uninitiated, boccia is a game designed for people with cerebral palsy, which is a group of disorders that affect posture, movement and muscle tone.