STOP using plastic straws or be prepared to pay a fine, eateries in the Federal Territories are reminded by the local government.

After a year-long awareness campaign on the banning of plastic straws in restaurants, enforcement has kicked in starting Jan 1.

Strict action, including compounds, will now be taken against operators who fail to comply with the ban, which is included as a condition of their business licences.

The objective of the plastic straw ban is to scale down the usage of plastics.

A check on food outlets in the Klang Valley over the weekend found that there were restaurants complying with the ruling but a number of other establishments continued to serve drinks with plastic straws as a matter of practice, without customers specially asking for them.

StarMetro visited several restaurants around Kuala Lumpur, among which were in Sri Petaling, Cheras and downtown in the city centre.

At a family-friendly restaurant, cold drinks were served with plastic straws even without requests from customers. Similar instances were encountered at several other eateries, including cafes, mamak restaurants and even stalls at a food court.

Not only were the drinks served with plastic straws, the single-use plastics were openly available at the counter where customers could freely pick them up.

At several eateries in Pudu and Kampung Baru, we again observed that drinks were served with the straws even though there were “Say no to plastic straw” banners and signage in the premises. 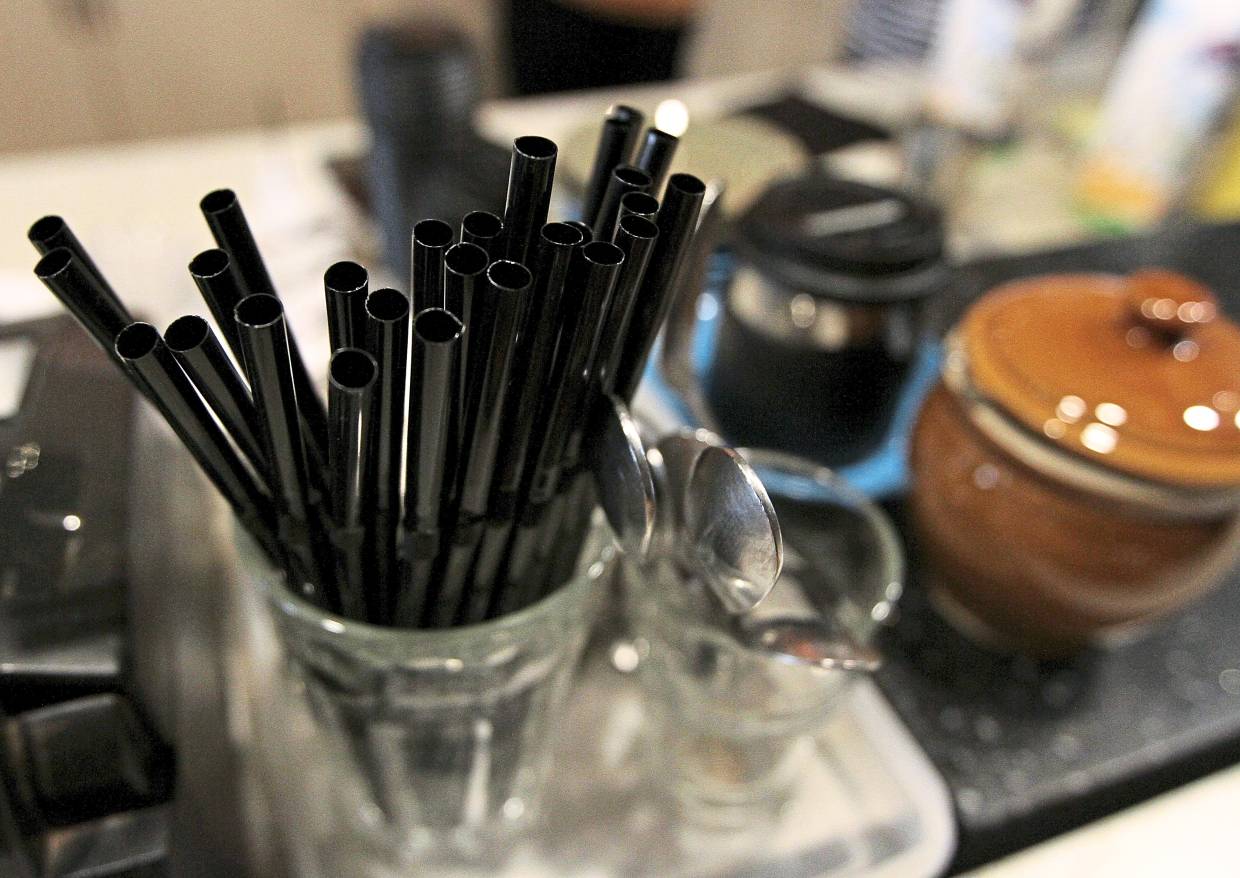 The ban on plastic straws has been in place for a year but they can still be found on counters for customers to take freely in some restaurants visited by StarMetro.

At many of the eateries, the straws were prominently placed on the counters for customers to pick up.

StarMetro found only one beverage stall — in Kenanga Mall’s food court in Pudu — fully complied with the regulation to not provide plastic straws, even upon request by customers.

In Bukit Bintang, the situation was more encouraging as most of the eateries in the malls were following the “no plastic straw” regulation.

However, the smaller stalls around that area continued to use plastic straws.

Among the more than 10 different types of eateries visited, including kopitiam (coffeeshops), cafes and mamak restaurants, most still served beverages with plastic straws.

It shows that most of the food outlet operators, especially drink stalls, are slow in adhering to the said regulation despite being reminded that enforcement would come into effect this year.

Customers also failed to do their part as we noticed almost none used reusable metal straws or just making do without straws at all.

In most cases, customers did not bother to refuse the usage of plastic straws as their drinks were already served with the straws.

While restaurant operators are aware that the plastic straw ban is included in their business licence, most said that it was still easier to use the plastic straws than to source for alternatives.

“I still have a lot of stock of plastic straws, what am I supposed to do with them?”

Hopefully, I will be able to finish all in several months, then I can look for alternative materials, ” one restaurant owner in Cheras said. 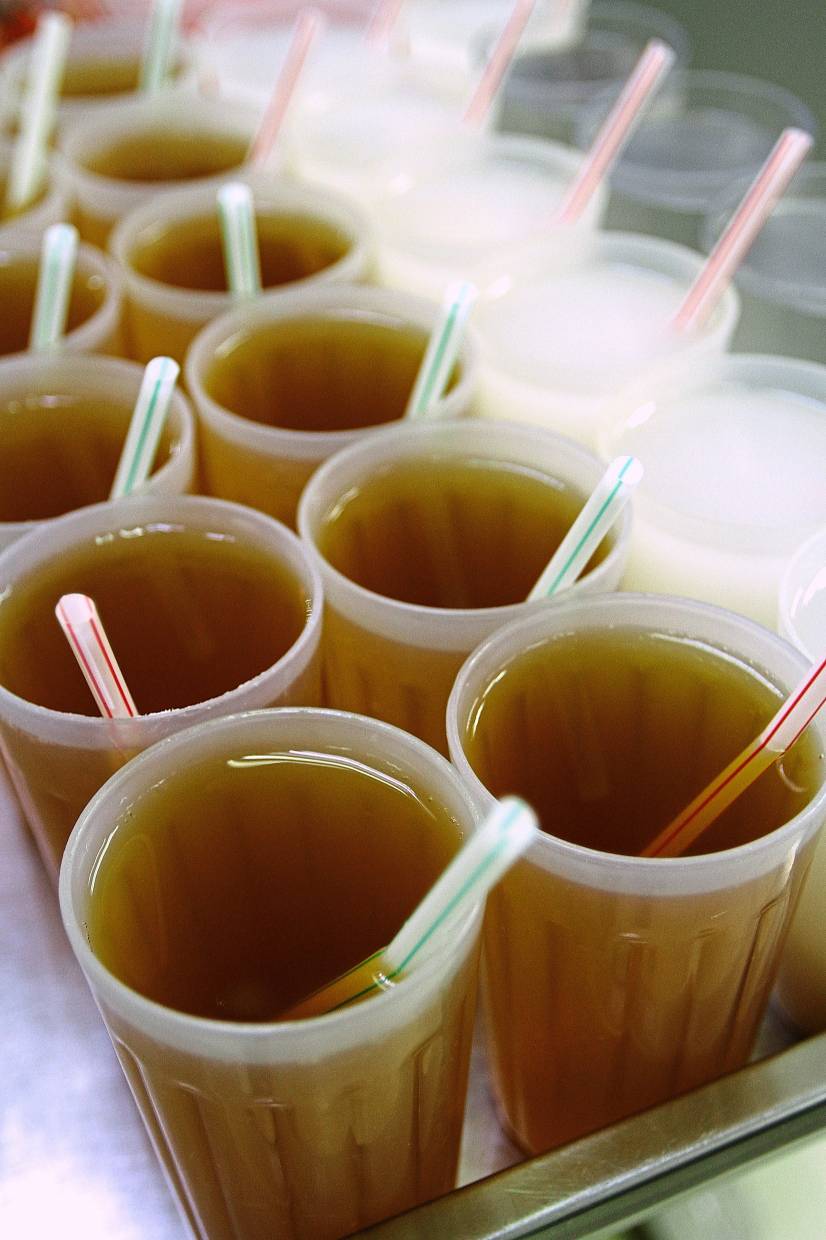 The ban on plastic straws has been in place for a year but they can still be found on counters for customers to take freely in some restaurants visited by StarMetro.

Chia, a cafe owner, said the price of alternative straws were not worth the change.

“I can buy a bundle of 1,000 plastic straws for about RM5, which means each straw costs less than one sen. At this price, I can absorb the cost of the straws.

“Paper straws can cost anywhere from 2sen up to 8sen each, depending on their quality, ” said Chia, who opted to stop distributing plastic straws in his cafe.

For consumers, although one can easily buy a reusable alternative to plastic straws, the habit of using plastic straws was one that is hard to break.

Alternatives such as those made of stainless steel, bamboo, silicone and glass are available in the market and online, but consumers prefer to rely on those that are served with their drinks.

These straws come in different sizes, including those that are suitable for ice blended drinks and bubble tea. A case or pouch as well as brush are often included for cleaning and ease of storage.

There are also foldable and collapsible stainless steel straws that come in small cases which can fit into one’s pocket.

“But I rarely used them as it was a hassle to have to wash them after every use.

“I do admit that if the drink comes with a plastic straw, I do not refuse it and will just use it, ” she said.

Several other customers interviewed said it felt unusual to drink iced beverages straight from the cup and preferred using straws.

Meera Raj, however, has a differing view.

“It is much easier to drink straight from the cup and without fussing with straws.

“After all, we drink hot beverages without straws and we do not use them with our drinks at home, so why should it be different when we are eating out?” she queried.

The rule applied in Putrajaya too, with Putrajaya Corporation (PPj) spelling out the ban on plastic straws in its licensing condition effective Jan 1,2019.

The ban on plastic straws is a follow-up action to the ban on single-use plastic bags in 2017 that was enforced in September 2018.

The sick, disabled and elderly are exempted from the new policy on straws.

A Federal Territories Ministry spokesman said hawkers and restaurant operators who failed to comply with the ruling would be subjected to enforcement action under the local authorities’ by-laws (DBKL, PPj and Labuan Corporation).

The spokesman said throughout 2019, the ministry focused more on building awareness among the public especially through social media to create more public engagement.

On whether there had been any changes in behaviour among consumers and businesses, the spokesman said the ministry had yet to conduct any specific research to identify the behaviour of the consumers since enforcement only started on Jan 1.

“One of the biggest challenges faced by the ministry in implementing the policy is the attitude of the public themselves, who are afraid of changes and refused to come out of their comfort zones.

“Besides that, there are still some business premises who are not complying with the policy.

“The lack of awareness among the public on global environmental issues and the impact of plastic on marine life is a challenge as well, ” added the spokesman.