FOR M. Naagendran, turning 11 was a memorable occasion as he got to cut two birthday cakes over Christmas.

The resident of Pusat Jagaan Sinar Ceria was ecstatic when members of Assumption Butterworth Alumni Association (ABAA) surprised him with a cake and gift.

“Being born on Dec 25 is already a big deal for me. I got to cut a birthday cake on Christmas Day at the home of a well-wisher who invited us over for dinner.

“Now, members from ABAA, gave me a surprise birthday celebration. This is my best birthday ever, ” he said during ABAA’s Christmas party with the home in Taman Sejahtera, Alma in Bukit Mertajam recently.

Naagendran, who presented ABAA members with a song, said he hoped to be a successful caricaturist like Penang-born Mohd Azmi Hussin, as he loved drawing and painting.

He was among the home’s 20 children, aged between three and 14, who were treated to a fun-filled time.

Joyful Carollers from the Nativity of the Blessed Virgin Mary Church Butterworth kicked off the event with the singing of carols as the children received balloons and wore Santa hats and party masks.

Soon, Santa Claus showed up, much to their delight as he gave out chocolates and danced to upbeat Christmas tunes.

Next, the children had fun with a face drawing session, apart from taking part in the coconut-shell walking and coconut bowling games.

They were also presented with Christmas gifts and ang pow.

Later, the children were treated to lunch comprising of fish curry, fried fish, egg curry, mixed vegetables and chicken nuggets before being served ice-cream for dessert.

ABAA treasurer M. Saravanan said the organisation wanted to bring cheer to the children, who are from poor and broken families.

“We did not want them to be left out during the Christmas and New Year celebrations.

“Apart from the activities, we also presented the home with RM200 cash and groceries worth RM330, ” he said.

Caretaker V. Sangeetha, 23, said her grandmother S. Pakiam, 77, first started the home back in 2004 with four to five children.

“Eventually, she registered it in 2007, when the numbers started to grow, ” she said adding that the home operated with public support and donations.

“Our monthly expenses are about RM6,000, which include RM1,000 in rental for the two combined housing units, about RM1,500 in utility bills as well as RM1,600 in salaries for two helpers.”

Sangeetha, who runs the home with her sister Anita, 27, said their father Vasu Vengadason, 56, a factory supervisor, also chipped in for the operational costs, while their mother R. Latha, 49, coached the children in their studies.

“We are blessed with occasional support in cash and kind from a few corporate companies and some state leaders, ” she said adding that two retired teachers also provided the children with free tuition lessons. 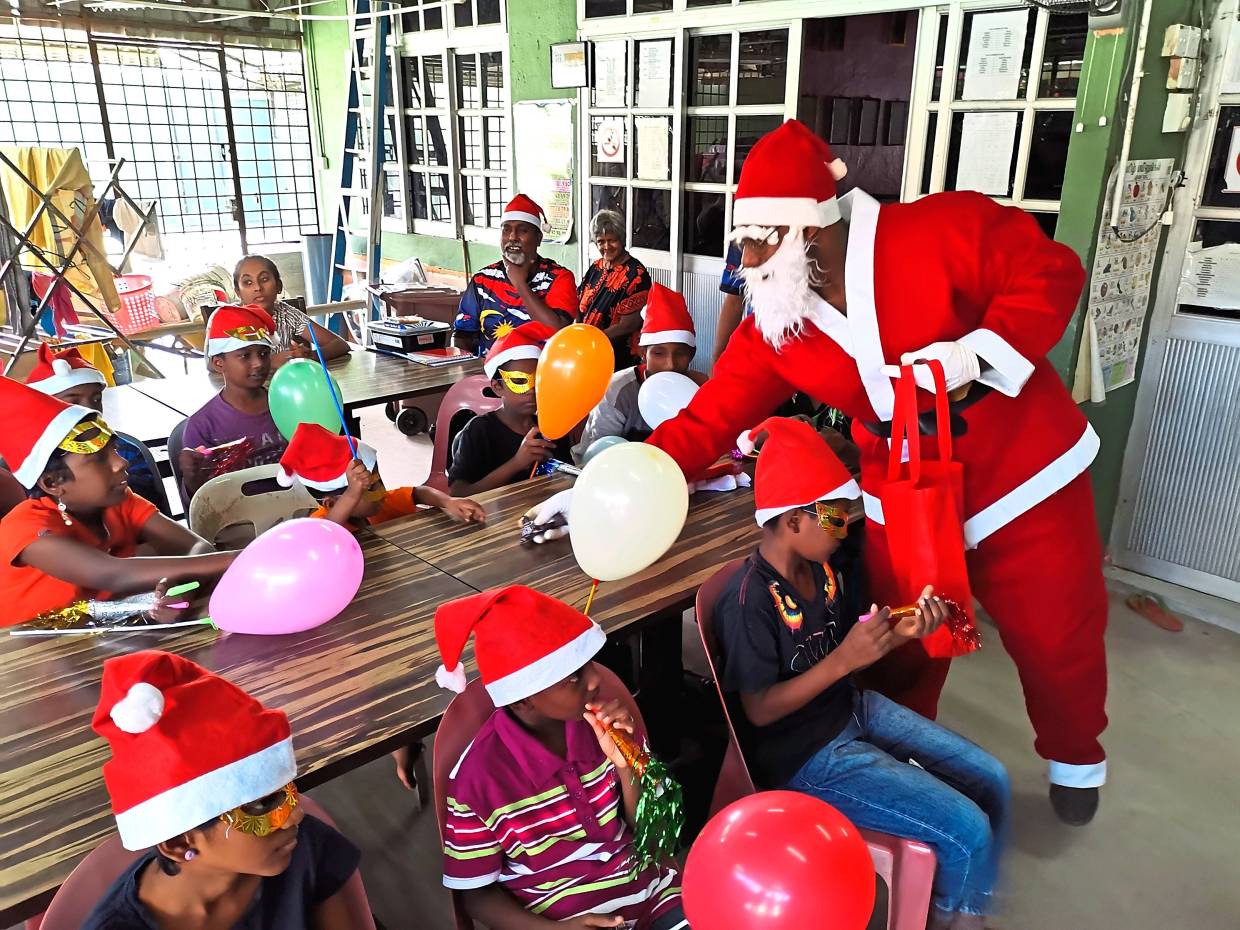 The children enjoying a game of coconut-shell walking with ABAA members at the home in Bukit Mertajam.