From rubber estate to thriving township

An aerial view of Bandar Seri Botani. The lake is within Eco Park 1.

IT WAS unlike any other morning for Moscow, the dog.

He kept hovering around his master, who only wanted to be known as Lai, who the day before told him that they would be going to the dog park.

“He understands our conversation. My son has given him some basic training, ” said Lai at the dog park in Bandar Seri Botani (BSB) in Ipoh.

It was 8am when Lai, his wife and their pet dog were seen exercising at the park.

They said they were glad that the 0.6ha fenced-up dog park, the first of its kind in Ipoh, was near their home.

Across the fence was the 12.9ha Eco Park 1, where people were seen exercising amid lush greenery.

The chirping of birds and morning mist over the distant hills and shimmering water in the lake lent an air of tranquility to the surroundings.

Seven-year-old Yi Jia and her mother Lay Kim, from Perlis, who were also there for their morning exercise, were smitten by the breathtaking view.

They were there to visit Lay Kim’s mother in BSB.

Embracing a healthy lifestyle in this fast-paced world explains why some 1,000 people head to their neighbourhood park in BSB – a 507ha integrated township – daily.

Apart from the dog park and Eco Park 1, there is the 9.7ha Eco Park 2 that has bicycle tracks.

“People who exercise regularly and are socially engaged are

proven to be healthier, happier and have a more positive outlook on life.

The year 2020 marks another major milestone for BSB with three major projects coming up.

The Seri Botani International School (SBIS), which offers Cambridge primary and secondary curriculum, is opening in January next year.

Built over 4.4ha, Lee said SBIS, which could cater for up to 1,000 students, had hostel facilities, track and field facilities and a swimming pool.

Coming up next is the Botani Village – a 7.2ha thriving commercial development.

“Botani Village is set to be a destination that will feature a vibrant blend of fun lifestyle elements, ” said Lee.

He said the private hospital in BSB would also be operational in early 2022.

Once an isolated rubber estate, Sengat Estate, this thriving township scheduled for completion by 2030 with 10,000 residential units has all the trappings for futuristic living.

As Pinji Botanics general manager Leong Lee See puts it, the company builds with the future in mind.

“The layout and facilities in BSB, which offers a seamless living environment, certainly adds value to the properties over time, ” said Leong.

A majority of the houses in BSB are double-storey link and semi-D.

A retired couple who bought their semi-D house in BSB’s Seri Teratai about two years ago are happy with their decision.

For the Leong family who relocated from Penang to Ipoh, they chose the unit after visiting the showroom.

This is about half the price of their house, a 22ft by 70ft three-

While they like BSB’s conducive living environment, Leong said her husband was also upbeat about the upcoming commercial development for the convenience and value-added boost it offered to the residential properties.

BSB is located about 4km from the Simpang Pulai Toll on the North-South Highway and about 8km from the Sultan Azlan Shah Airport. 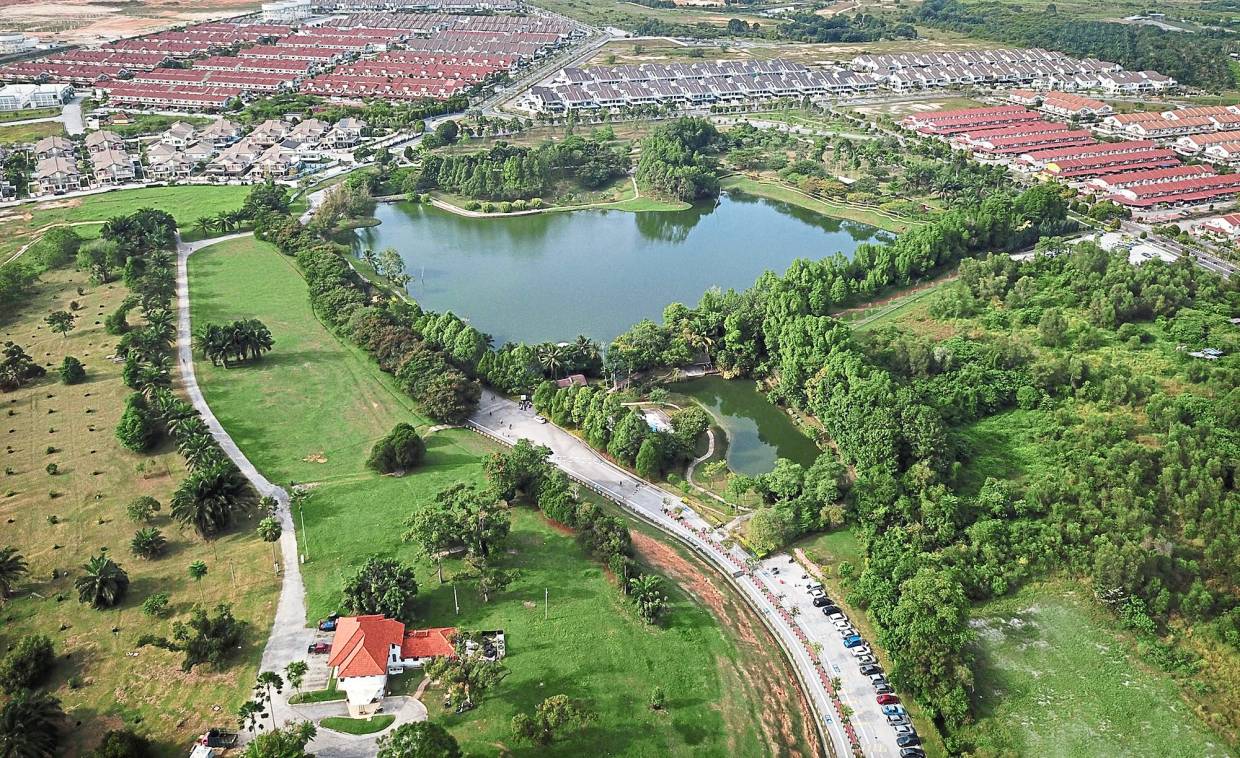 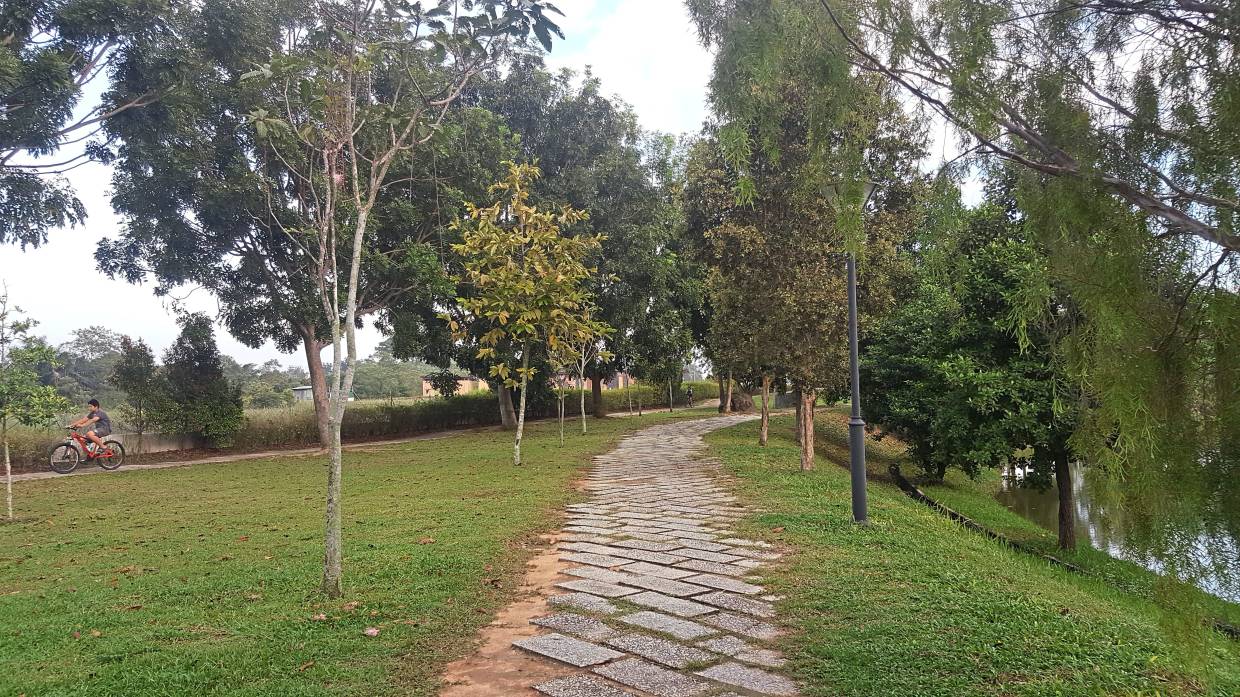 An aerial view of Bandar Seri Botani. The lake is within Eco Park 1.

The Seri Botani International School will be operational from January 2020.

Lay Kim and her daughter Yi Jia in Eco Park 1 in Bandar Seri Botani in Ipoh.

The bicycle lane is a major attraction in Eco Park 2.

The Lai couple with Moscow at the dog park in Bandar Seri Botani in Ipoh.