Holidaymakers having fun at a picnic spot in Ampang Pecah, Kuala Kubu Baru. The area used to be a thriving tin mining centre in the 18th century. — Filepic

SELANGOR has started an initiative to create a new experience for tourists with the help of trained “storytellers” and “masterminds” who will promote the state’s unique heritage and shine a spotlight on the rural communities.

“This year, the state government had targeted 7.7 million visitors to Selangor and by September, we had received 5.83 million visitors, ” he said, adding this figure was an increase of 4% compared with the third quarter of last year. Rashid said the programme should be given more attention as it could have a positive social impact on the rural communities in Selangor.

This was because the tour guides who graduated from the programme would help introduce the state’s attractions in an in-depth manner and highlight lesser-known activities and specialities in Selangor.

Speaking at a graduation ceremony for a batch of 30 community hosts held at the Silver Jubilee Banquet Hall in Section 5, Shah Alam, Rashid said some of the tour guides had come up with their own projects, picking out their destination of choice, cultural activity or even food to highlight.

“The vision of the programme is to train community hosts to become storytellers for tourists, at the same time becoming masterminds in promoting tourism in the country, ” he added.

The graduates, aged from 18 to 40 years old, include full-time and part-time tour guides. Khairunnisak says the programme benefits both community hosts as well as locals in the area.

One of the graduates, Khairunnisak Abd Ghaffar, 25, a Hulu Selangor resident for the past five years, decided to become a community host as she already had a degree in tourism management and the programme was in line with her interests.

Her project proposal revolved around Sungai Selangor in Kuala Kubu Baru, which was an area known for tin mining back in the 18th century.

“Panning for tin ore was an activity carried out by the locals at the river and although they were only using dulang (pan) for that purpose, one could collect up to 100g, which was equivalent to RM200 if sold to the smiths, ” said Khairunnisak, who was very excited to be part of the programme.

“Our involvement in the programme was fully sponsored by the State Government and this has helped locals like us to contribute to the economy both directly and indirectly, ” she said, adding that the programme benefitted both community hosts as well as locals in the area who worked hard to produce goods and services.

Another graduate was Suganraaj Sathiaseelan, 23, whose family are long-time residents of Morib, having lived there for over 50 years.

His project aimed to highlight the life of the Indian community in Morib.

Suganraaj got to know all about his subjects and their activities, such as the conventional way of milking a cow by hand, drinking young coconut, the process of making toddy (also known as palm wine) and the changing fortunes of fishermen at Jeti Kelanang.

“Morib is a seaside attraction where a lot of interesting species of fish are caught off its shore, and this is where fish maw can be found; it can fetch up to RM60,000 per kg in the local market, ” said Suganraaj about the premium ingredient used in Chinese medicine and cooking. 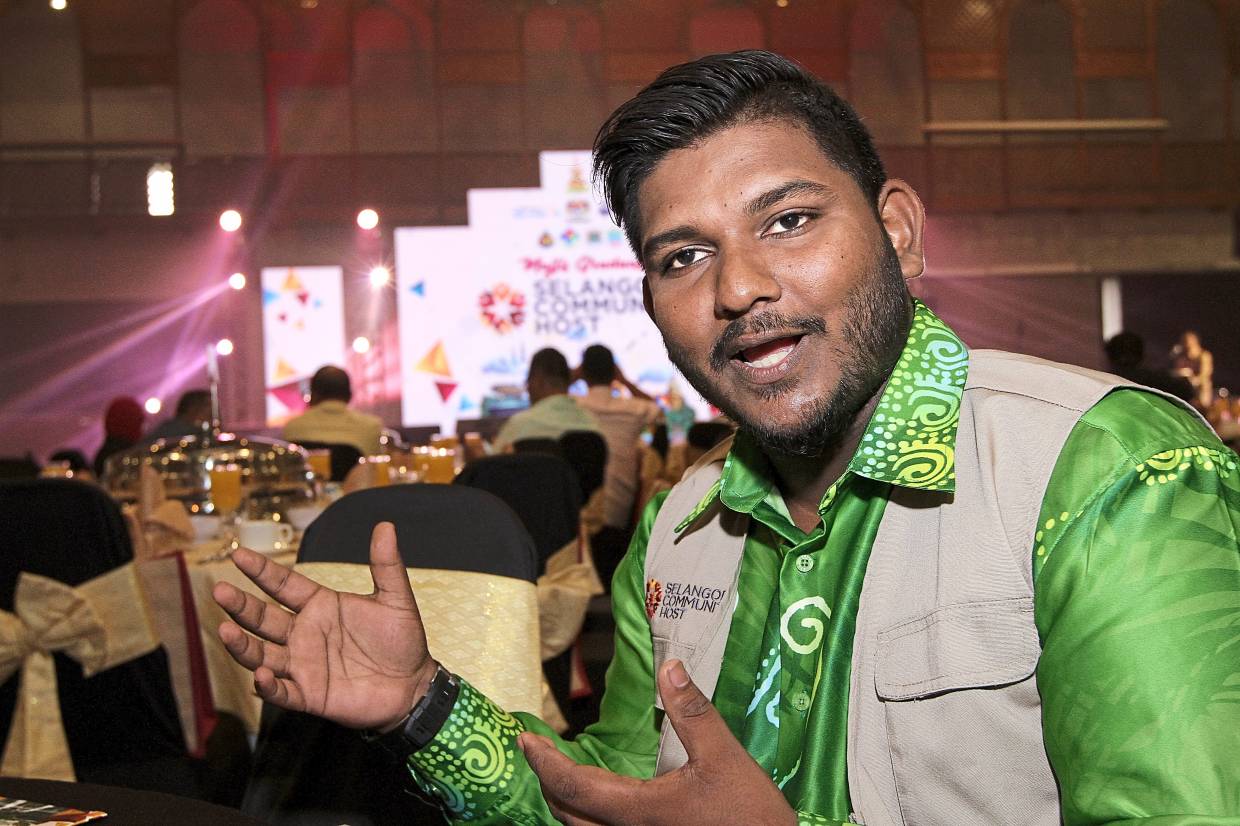 Suganraaj is looking forward to introducing tourists to the villagers in his hometown, Morib.

He shared that it had been a bittersweet experience working on the project and learning about the rich culture of his community.

“Technically, it took me more than six months to complete the project. I had to travel and do a lot of research. But I had the best time working with the local people in getting to know the place better, ” he said.

“This path is very special to me because I have always wanted to give back to my village and since becoming a community host, I am able to do so, ” said Suganraaj, who, having tried his hands at several jobs, declared tourism was now his passion.

He wants to pursue a career in tourism and move up to the national level.

“I want to do something for our country. I would like to level up and get the blue badge, ” he said, adding that the badge would allow him to be a tour guide across Malaysia.

Suganraaj currently has the red badge, as a community host.

Tham Lai Ngor, 39, a part-time community host working as a tuition teacher in Klang, chose bak kut teh (meat in herbal soup) as her subject matter, as it was the comfort food of Chinese migrants back in the pre-independence days. Tham is among the graduates who obtained the red badge to become a community host in Klang.

“Bak kut teh was originally from southern China and the Chinese people who came here as labourers worked very hard and relied on the dish as a source of nutrition to strengthen their bodies, ” said Tham, speaking of her subject.

She noted that the dish was an important food and part of the Chinese heritage in Klang.

“There is a lot of hidden potential in our tourism products that we can highlight to tourists.”Without our presence in the tourism industry, tourists would just pay a cursory visit and not understand the deeper relevance of some things, such as the food, ” she added.

All community host graduates were given a certificate of completion during the ceremony and their tour guide licence was effective immediately.

Next year, Selangor Tourism is looking to cover all nine areas of the state by recruiting candidates from three more areas, namely Sepang, Gombak and Petaling, to train as community hosts and further optimise Selangor as a tourist attraction.