By JAROD LIM And and SHALINI RAVINDRAN

PA Sri Perak in Bandar Baru Sentul is one of the flats that has yet to be adopted by developers. — Photos: AZLINA ABDULLAH/The Star

THE Federal Territories Ministry has introduced a one-year pilot programme to get developers to “adopt” People’s Housing Project (PPR) and Public Housing (PA) in Kuala Lumpur to upgrade their facilities and organise activities that will benefit the residents.

The move will be part of the corporate social responsibility (CSR) of developers in Kuala Lumpur to improve living conditions for PPR and PA residents in the city.

would get to choose the PPR or PA they wished to adopt and would discuss with the residents way to improve shared facilities, such as children’s playgrounds and gazebos.

“It is not just the question of renovation, repair works and cleaning of the flats.

“The idea is to inspire and motivate the residents to have an overall positive impact on the community by engaging and involving them in activities such as gotong-royong and social programmes.

“We want to change not only the physical environment but more importantly, the mental well-being of the people there, which will enable them to see that there are many things they can initiate to improve things around their flats,” he said.

The PPR adoption scheme is a one-year pilot programme to gauge its effectiveness towards improving the lives of PPR and PA folk.

“We hope there will be sufficient input after a year and the residents, having inculcated a positive attitude, can take care of their respective flats on their own.

“Hopefully, the basic physical requirements of the flats, such as playgrounds or gazebos, can be set up or maintained within the first year,” Khalid said.

To date, three PPRs have been adopted by developers, namely PPR Taman Wahyu 2, PPR Jalan Loke Yew and PA Sri Negeri Sembilan, while others are still on the waiting list.

SkyWorld Development Group, which has “adopted” PA Sri Negeri Sembilan, has built a gazebo to serve as a place for residents to gather and hold engagement activities.

Group founder and managing director Datuk Ng Thien Phing said as a KL-centric developer that aimed to transform the city into a better place by providing a sustainable living experience, it must first transform the lives of the community.

“We have also beautified the flat’s landscaping, repainted the building and upgraded the common areas.

“Through this programme, we hope to create more awareness about strata living to allow the residents to understand their roles and responsibilities in such an environment.

“We believe that educating residents on high-rise living is essential because everyone plays an important role in living in harmony,” he said.

Another activity carried out by SkyWorld at the flats was a cleanliness competition, where residents of the most beautiful and cleanest block received cash prizes.

“Most residents were involved in the programme and it was a good strategy to get them to contribute as a community.

Flat resident Ahmad Ikhwan Sabri, 39, said the gazebo would be a good place for residents to come together.

“We are lacking a covered area for community activities and the gazebo fits in well,” he added.

Skyworld has signed a memorandum of understanding for the redevelopment of the 38-year old Perumahan Awam (PA) Sri Negeri Sembilan in Bandar Baru Sentul, which will benefit over 800 families.

“We are working closely with the government on this initiative,” said Ng.

PA Sri Negeri Sembilan residents association chairman Md Yusof Md Isa said they were elated about the adoption programme with developers and hoped that the government could expedite it.

“The buildings are in bad condition and we have to deal with leaking pipes and roofs as well as broken septic tanks, among other problems.

“The maintenance cost has also increased significantly, ” he said.

According to the ministry, PPR Taman Wahyu 2 has been adopted by JL99 Group while PPR Jalan Loke Yew is adopted by Jakel Trading.

Residents of PPR and PA that have yet to be involved in the programme said such assistance would be of great help to improve their living conditions.

The folk at PA Sri Perak in Bandar Baru Sentul felt that although their flats were in good condition, small upgrades would make the place more pleasant.

Resident Iqhwan Kamarudin, 31, hoped that the recreational facilities there could be upgraded.

The PPR has a basketball court which is also used to play football.

“All the basketball hoops are gone and the football metal goalposts are in bad condition.

“As the residents from all seven blocks have to share the court, it will good if additional lighting can be installed so that the place can be used at night,” he said.

For 60-year-old Mokhtar Othman, more greenery and a fresh coat of paint would go a long way to brighten up the flats.

Mokhtar, who has lived at PA Sri Perak since 1986, said the place was well managed and has few problems apart from parking and lift issues.

“There are not many green spaces here apart from the badminton courts and children’s playground.

“It would be nice to have a small garden. We just need someone to kick-start the project,” he said.

Mokhtar added that murals or vibrant colours on the walls would surely create a sense of belonging and prevent vandalism.

Meanwhile, Saidin Bahari, 62, hoped that more community activities could be carried out.

“These days, most people don’t even know who their neighbours are.

“Back then, most of us would take time to know each other but this is not happening these days.

“Even simple events such as a kite-making activity or a sports programme would help bring people together,” he added. 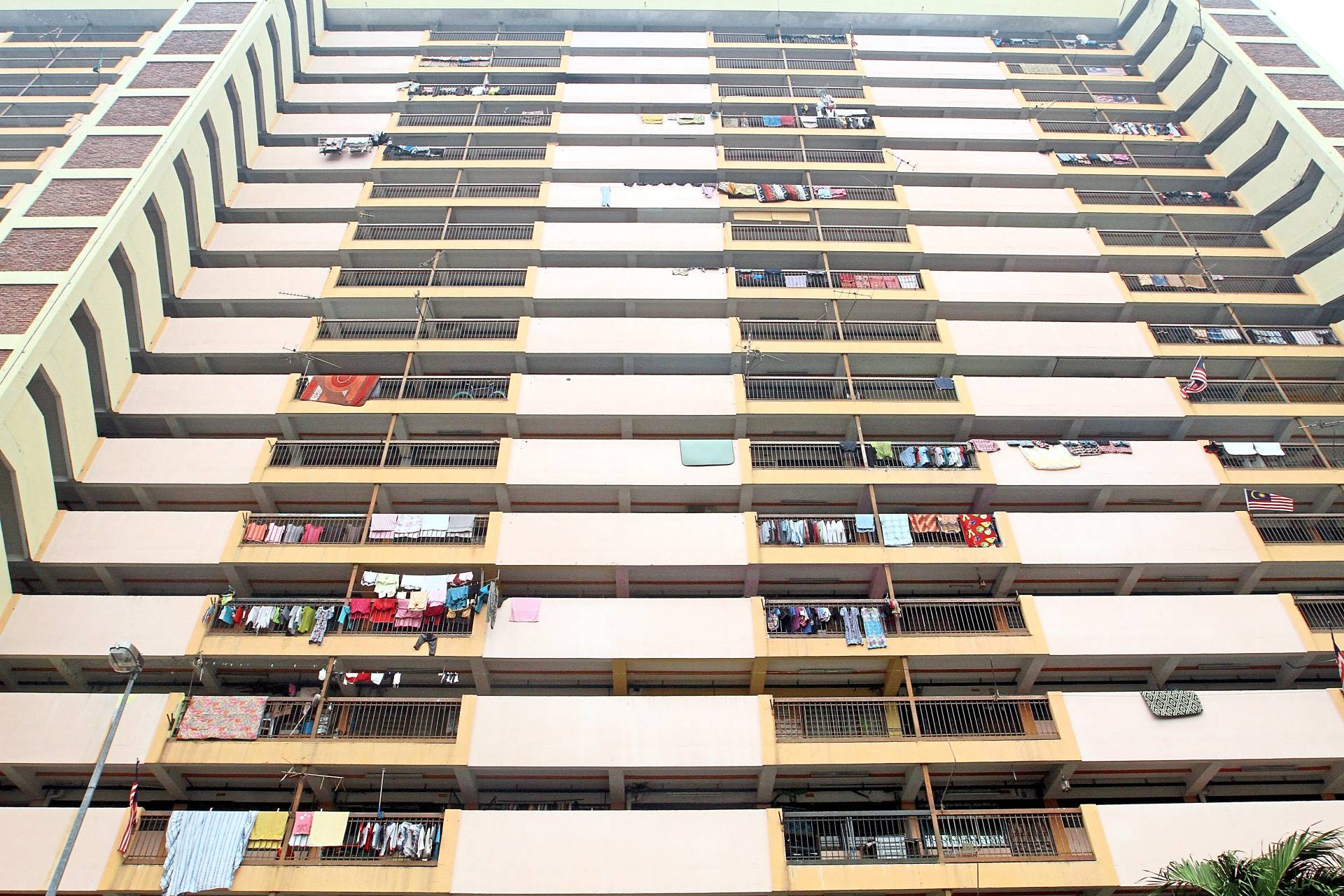 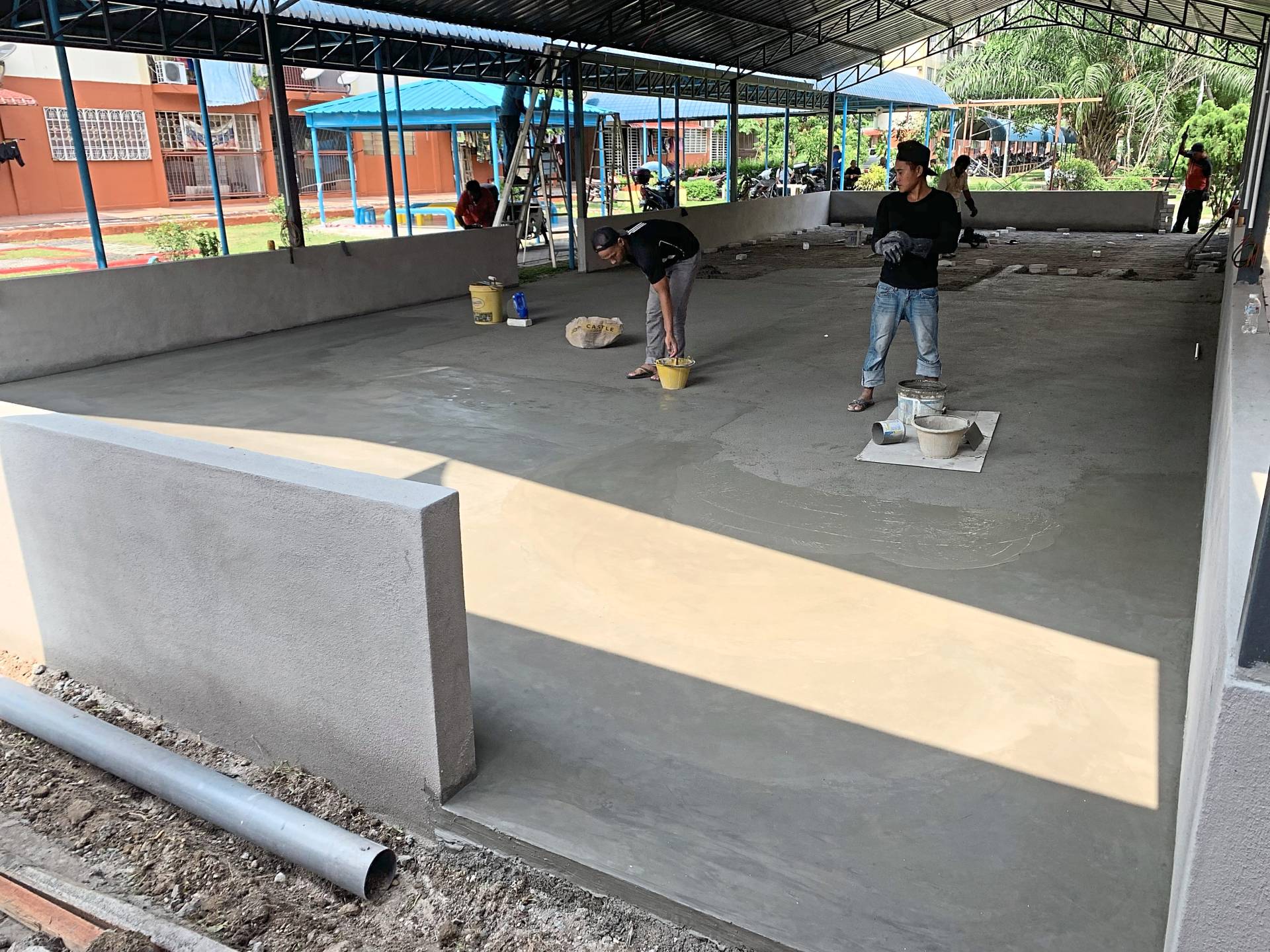 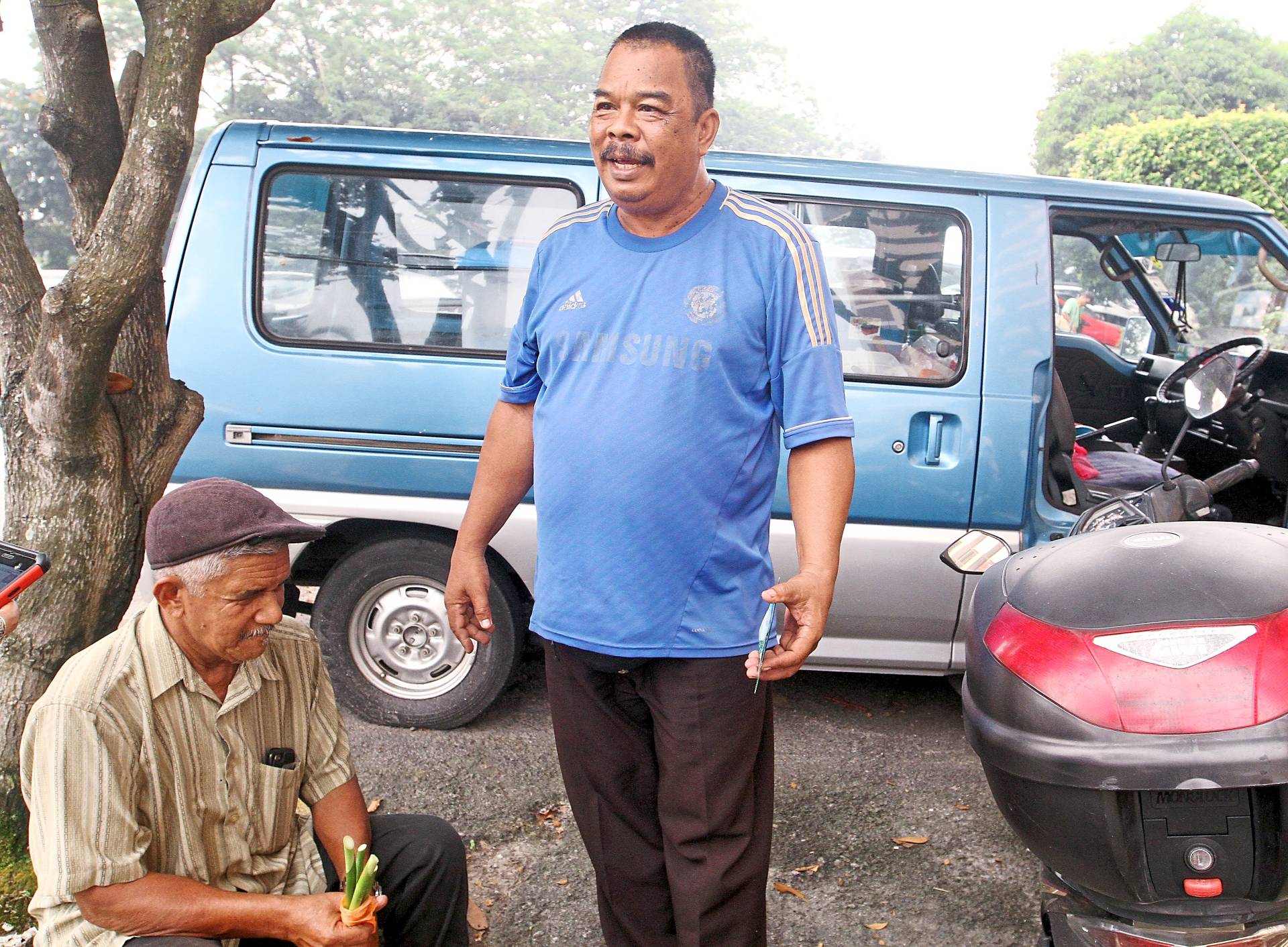 PA Sri Perak in Bandar Baru Sentul is one of the flats that has yet to be adopted by developers. — Photos: AZLINA ABDULLAH/The Star

Mokhtar (right) and Saidin feel PA Sri Perak is well managed overall but they welcome upgrades that can further benefit the residents.

Broken tiles at the playground at PA Sri Perak need to be repaired.