‘Be sensitive in reporting on suicide’

(From left) Ahmad, Dr Chan, Dr Ravivarma and Lim glancing through the Health Ministry’s Guidelines for Media Reporting on Suicide at the forum.

THE print and digital media must report suicide cases prudently and responsibly.

In doing so, the Guidelines for Media Reporting on Suicide published by the Health Ministry should be used and utilised by all media practitioners in Malaysia as an integral source to ensure responsible reporting, said Communications and Multimedia Content Forum of Malaysia (CMCF) chairman Datuk Ahmad Izham Omar.

When dealing with statistics, for example, he said expressions such as “suicide epidemic” or “the place with highest suicide rates in the world” should be avoided as it gave the impression it was a contagious and uncontrollable national issue.

“Methods of reporting suicide cases should always take into account sensitivities towards the victims’ families.

“We believe the media can play a significant role in the prevention of suicide, ” he said at a forum on Media Responsibility for Suicide Reporting organised by CMCF at Menara Star in Petaling Jaya.

CMCF is an industry body which governs content and addresses content-related issues, including television and radio broadcasts.

The purpose of the forum was to provide information and knowledge to the media when reporting news related to suicide cases in accordance with the guidelines.

Star Media Group is a council member of CMCF.

In her presentation, Dr Chan addressed the role that society and the media could play in preventing suicide.

She also cited the concept of “safe messaging” developed by the United States-based National Action Alliance for Suicide Prevention, which espoused what they meant by responsible reporting of suicide in the media.

Dr Chan cited an example in literature such as Johann Wolfgang von Goethe’s novel The Sorrows of Young Werther where the terminology, Werther Effect, was later coined by researcher David Phillips.

“In this novel, the protagonist Werther dies of suicide, and the way he died was explicitly stated in the novel. There was a spate of copycat suicides in Europe in the 18th and 19th centuries where young men dressed like Werther died in the same way as portrayed in the novel, ” she explained.

Dr Chan cited Phillips’ paper on the Werther Effect which explained what we now know as suicide contagion, where if a particular method of suicide was portrayed vividly and explicitly in the media, there was a real risk that people who already had other vulnerability factors would adopt these methods.

“The media has the potential to play a protective role (regarding suicide).

“For example, if it is portrayed in the media how somebody who might be having a suicidal crisis overcame or coped with it, this should be disseminated as it gives hope to others who are in a similar situation, ” she said.

Dr Chan added that the World Health Organisation (WHO) had a template in providing the resources, background, literature and scientific evidence that supported what could be done when suicide was portrayed in the media.

“It is unrealistic to not talk about suicide at all, but the focus should be on prevention, ” she said.

Dr Chan added that WHO had also come up with a resource specifically for filmmakers to address fictional portrayals of suicide.

She cited the TV series 13 Reasons Why, where although the rationale of the series was to show suicide as it is, how the protagonist died was portrayed in too graphic a manner.

“I decided not to watch it. But people who have seen it said it was like a manual on how to commit suicide.

“But after lots of feedback from relevant advocacy groups, the streaming service later deleted the graphic scenes of her suicide.

“However, beyond the explicit portrayal of the suicide method, there were serious issues like sexual abuse and bullying that needed a platform to be addressed, but if the formulation of suicide is too skewed, people in a similar position may feel suicide is the solution, ” she said.

Dr Ravivarma stressed the importance of providing accurate and sensitive reporting of suicide, which was the core aim of the Health Ministry’s guidelines.

“Handle statistics carefully. Information can be presented in a different way.

“It is not only the role of the media, but everyone, in addressing topics that are distressing, ” he said.

Lim said Befrienders’ 24-hour free service assistance for people in need of emotional support was much needed as they received a high volume of calls late at night from people who were suicidal.

“Since August this year, calls to Befrienders are free-of-charge, because previously callers were cut off abruptly because they did not have enough mobile phone credit.”

Lim added that 78% out of the 30,000 people who contacted Befrienders did so over the phone. 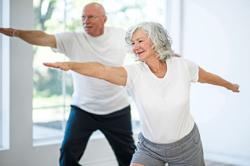