Wong (centre) presenting the ‘Oscar’ Appreciation Award to business associates (from left) Mochida, Liew, Loo, Jalilah, Tee and Shinnishi for their continuous support over the years.

ORIENTAL Holdings Bhd group managing director Datuk Robert Wong made an entrance in a glittery red sequinned suit, but it is the company’s operation controller Mimi Zuraida Mior Ahmat Zaudi who seemed to have the luck as she won a 916 gold pendant and chain set at the corporate annual dinner lucky draw.

The annual dinner, organised by the Oriental Sports Club and with a theme inspired by the Oscars, started on a jovial note with Wong announcing that the showy jacket was actually his daughter’s idea.

“Maybe she wants me to look younger, ” he said, eliciting laughter from the packed ballroom.

Wong’s suit, however, complemented the attire of guests and employees who dressed up for the occasion.

The 79-year-old thanked business associates for their support and contribution to the group before proceeding with the cake-cutting ceremony to commemorate the 56th anniversary of Oriental Holdings Bhd as well as the 62nd, 59th and 42nd anniversaries of its subsidiaries Boon Siew Sdn Bhd, Kah Motor Co Sdn Bhd and Teck See Plastic Sdn Bhd, respectively.

A sign that Wong was in high spirits that night was when he climbed onto the pillion seat of a Honda Wave S110 – the grand prize for the night’s lucky draw – to pose for photos with winner Affendi Tumin. 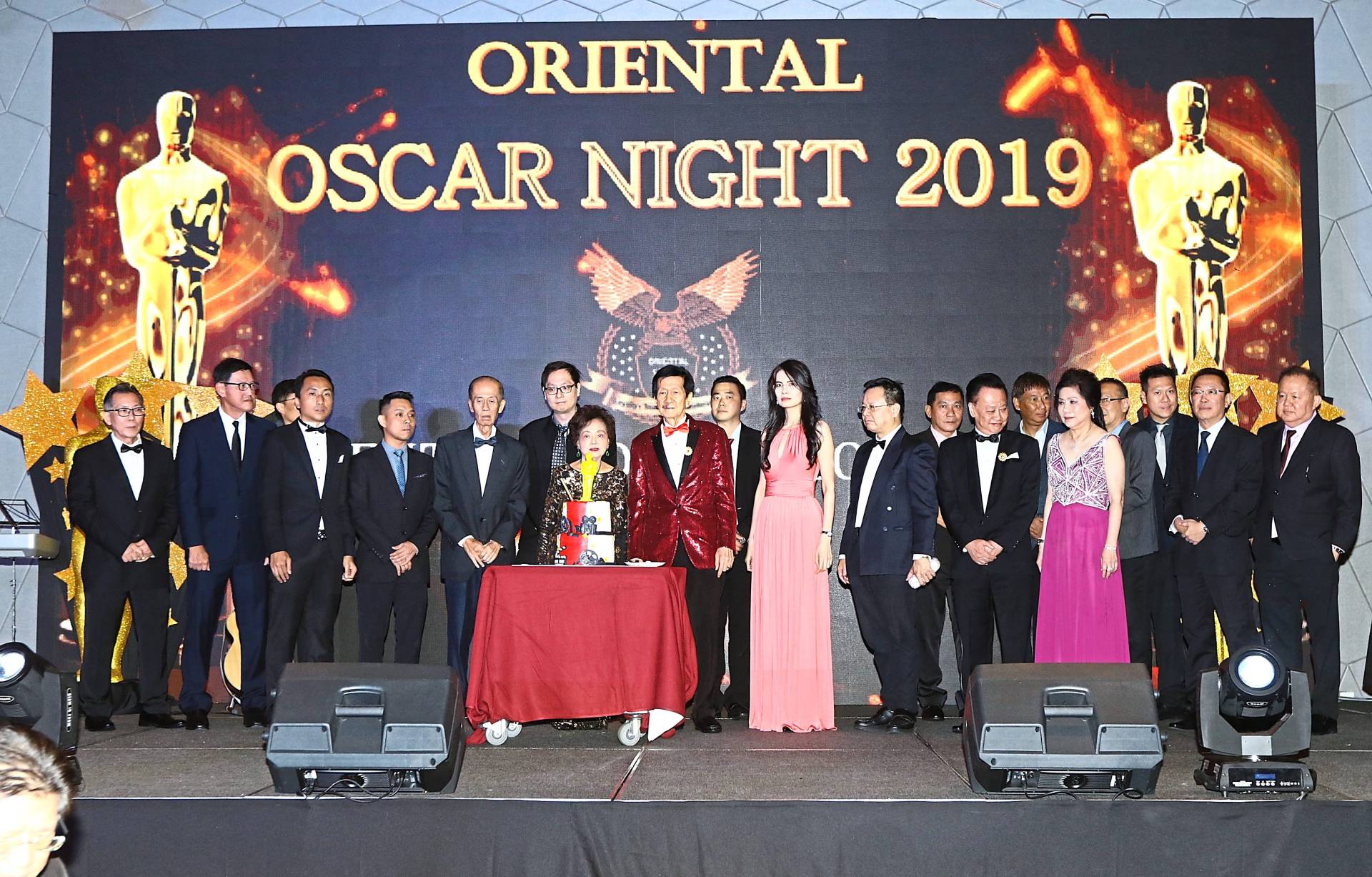 Affendi had come all the way from the Kah Motor branch in Cheng, Melaka, to attend the celebration.

Long-service staff, who were given recognition at the event, said trust in the group’s leadership, opportunities for career advancement and lifelong learning were among the reasons why they had chosen to remain loyal to the company.

One of the recipients, Ong Liang Ghee, 80, has been an accountant with the group for the past 55 years.

He started working for the company right after graduating with an accountancy degree from Australia.

He said the thought of jumping ship has never crossed his mind.

“I would miss my friends too much, ” said Ong, who regarded his workmates as family.

Other awards for the night included the “Best regional sales manager in Klang Valley” which was presented to Sam Chong of Kah Classic Auto Sdn Bhd.

Chong said his strategy was to reveal the company’s operating cost to his sales team so that they would have a real picture of how much they needed to make.