Amirudin tabling Selangor’s Budget 2020 at the state assembly. On his right is Teng.

MORE than 50% of Selangor’s Budget 2020 is focused on developing infrastructure towards meeting its Smart State 2025 vision.

Mentri Besar Amirudin Shari said the state spent RM47mil three years ago and next year, RM50mil has been allocated for the programme.

“It is estimated that RM300mil will be allocated in the next six years for the Smart State programme.

“There are a few ways to boost investments and spur the economy, such as the aerospace industry, ” he told reporters after tabling the budget at the Selangor state assembly.

Amirudin announced a frugal budget of RM2.33bil for 2020 last Friday. Selangor will start its inaugural food bank for the urban poor with a RM5mil fund. — Filepic

Of the RM2.33bil, 51.44% amounting to RM1.2bil would go towards administrative expenditure and the remaining 48.56% of RM1.13bil is allocated for development costs.

In line with the theme Selangor Negeri Unggul, Kehidupan Bermartabat, Budget 2020 was developed based on the following strategies, namely generating and empowering state economic growth, providing top education agenda, establishing a safe and healthy state, and environmental and social sustainability.

To achieve Premier Smart State by 2025, Amirudin said the state government would continue with its Smart Selangor initiative.

This is to be done by developing smart solutions and an integrated platform between the local authorities and state departments, improve quality of public security monitoring, and the state government’s digital infrastructure.

As such, the state is allocating RM300mil for the Smart Selangor initiative for six years with RM50mil for 2020 alone.

“We are confident that investors and the private sector will support this effort by matching the sum at a ratio of 1:1, making the funds RM600mil, ” he said.

“RM300mil is allocated for a span of six years, at RM50mil per year, this is the highest amount by any state government for such a project, ” he said. Among the things to look out for are facial recognition cameras, upgrades to traffic management, and amenities for a cashless society.

“Each council will have 1,000 cameras installed. It can help reduce the crime rate. There will be a date and command centre.

“With a computing cloud, it can be connected to JPJ (Road Transport Department) and the police, ” he said, adding that this was not an ad hoc project but a comprehensive plan.

Teng said a 243ha infra-ready land in Sepang has been identified for the electronic and electrical sector.

“We will collaborate with private developers to promote this area as the single largest dedicated industry area for electrical and electronics, ” he said. Smart Selangor is the highlight of Budget 2020, says Amirudin who is looking into an airplane engine after attending a Smart Selangor apprenticeship graduation in this file photo.

Teng said an 809ha private land within the 3S belt of Serendah, Subang, and Sepang, has been identified and is set to be developed as the largest aerospace park in the country.

“It will take approximately five years to complete and we hope Selangor will become the aerospace hub in the region, ” he said.

Since the Smart Selangor initiative was announced in 2016, it has achieved 26% of its goals.

Among the achievements include the development of the Intelligent Response Selangor to solve public complaints.

The Smart Selangor Parking app allows users to pay for parking and compounds online for most councils in Selangor.

Amirudin said the Selangor Food Bank Programme, its inaugural one, would receive an initial funding of RM5mil to help the urban poor.

“According to the United Nations Sustainable Development Goals (SDG) 2019 report, one out of nine people face nutrient problems.

“The Selangor Food Bank Programme will be carried out in Public Housing Projects (PPR) and is expected to benefit 2,000 families in Selangor.

The state will also carry out programmes to get the urban poor out of the poverty cycle.

Among them is the blueprint to help small business owners with a monthly income of below RM1,500 or household income below RM3,000. An additional 5,000 people will receive benefits with the KISS card, bringing the total to 25,000. — Filepic

Aid in the form of machines and tools will be presented for businesses such as food processing, handicrafts, and sewing.

For this, the state government is allocating RM2.5mil, an increase of RM500,000 compared to last year’s allocation, to those who fulfil the criteria.

Youths will also get help in the form of subsidy for motorcycle licence.

The state will allocate RM1mil for the Ride (Roda Darul Ehsan) scheme, to benefit 3,000 youths in Selangor who take up motor licence training courses, by providing them a subsidy of RM350.

“With the motor licence, they are able to join the service and logistics sectors, ” Amirudin said.

The allocation has been increased for several programmes to benefit deserving Selangor folks. Recipients of the Peduli Sihat scheme have increased to 85,000. — Filepic

“For the Peduli Sihat programme, we have increased the number of recipients to 85,000 compared to the previous 65,000, and allocated RM42.5mil.

“As for the Kasih Ibu Smart Selangor (KISS) programme, which was introduced in 2017, we have increased the number of recipients to 25,000, an extra 5,000 compared to previously, ” he said.

Among the health aid to be provided to Selangor residents is a RM2mil allocation to help tuberculosis patients with a household income of less than RM1,000 a month to be treated for six months upon diagnosis, said Amirudin.

To tackle the issue of increasing dengue cases in the state, RM5mil has been allocated to continue with preventive and control measures, he said, adding that the state also allocated RM1mil to go towards awareness and prevention of mental illness activities.

RM500mil has been allocated to help disabled children with rehabilitative therapy, purchases of equipment among other special requirements. 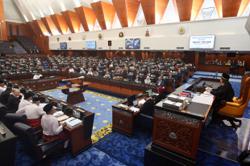 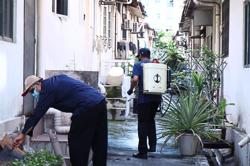 PKR expected to get one of two vacant Selangor exco seats, say sources