The delegates listening to a talk.

OVER 100 professsionals and business owners from Taiwan and Penang took part in a successful medical exchange during the International Conference on Integrated Cancer Treatment.

The delegates shared their experiences on providing patients with better medical care.

“The interactions between the Taiwanese and Malaysian medical industry players have set the stage for greater co-operation.”

He said CGMH was developing a working relationship between Taiwan and Malaysia, starting with the signing of a memorandum of co-operation with Malaysian hospitals at the beginning of this year.

In the months that followed, he said CGMH donated medical equipment and provided training for Malaysian professionals, including inviting them to Taiwan to study medical information systems.

The conference was based on the ‘One Country, One Centre’ plan under Taiwan’s New Southbound Policy. 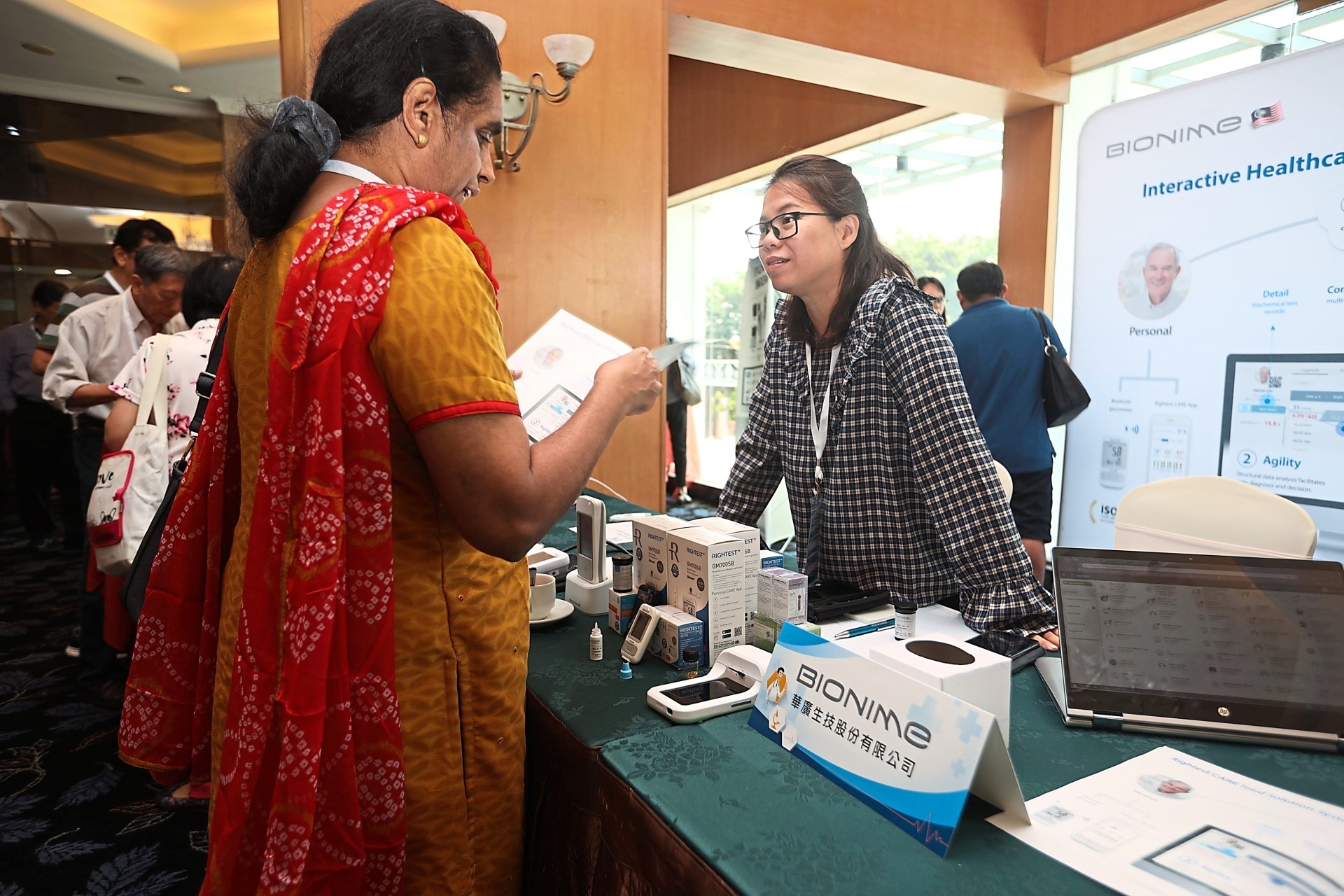 A participant checking out medical equipment at a booth at the International Conference on Integrated Cancer Treatment at Bayview Hotel Georgetown.

It was co-organised by CGMH and the Taiwan External Trade Development Council with co-operation from Island Hospital and Lam Wah Ee Hospital.

During the conference, six companies from Taiwan also showcased their medical technologies.