The Deepavali bazaar at Jalan Rakyat started on October 1.

SEVERAL traders who are keen to operate Deepavali bazaars in Brickfields, Kuala Lumpur are unhappy with the local authority’s decision to allow a non-governmental organisation (NGO) to manage this year’s festive fair.

They said Kuala Lumpur City Hall’s (DBKL) decision was contrary to a directive from the mayor to do away with middlemen.

The traders claim that the NGO was affiliated to a political party and it did not have the traders’ best interest in mind.

“There is some uneasiness about a particular association due to the relationship it may have with some politicians, ” Raymond said.

“People have also expressed concern that the locations for the bazaar lots may not be conducive as some of the lots are located too close to the road junction and may block tactile blocks for the blind.

“They feel that DBKL should be the ones managing the bazaar, not a third party.” This year DBKL has allowed three non-governmental organisations to run bazaars in four locations in the city.

When contacted, Koperasi Prihatin Wilayah Persekutuan president N. Sritharan said he was puzzled why some people were complaining about its involvement in managing the Brickfields bazaar.

“We have been doing this for years.

“DBKL asked us to help out as there were many traders who were unfamiliar with online registration. They prefer us to help them with it, ” said Sritharan.

“I may be friends with some politicians due to my years of experience in managing Deepavali bazaars in Brickfields but that is all, ” he said.

Sritharan said he was asked to help DBKL out and he was merely doing a service to low-income earners.

“We have given 10 stalls to the Disable Community People’s Club and Persatuan Kebajikan Dharmam Thalai Kakkum free of charge for them to make some money during Deepavali, ” he said. 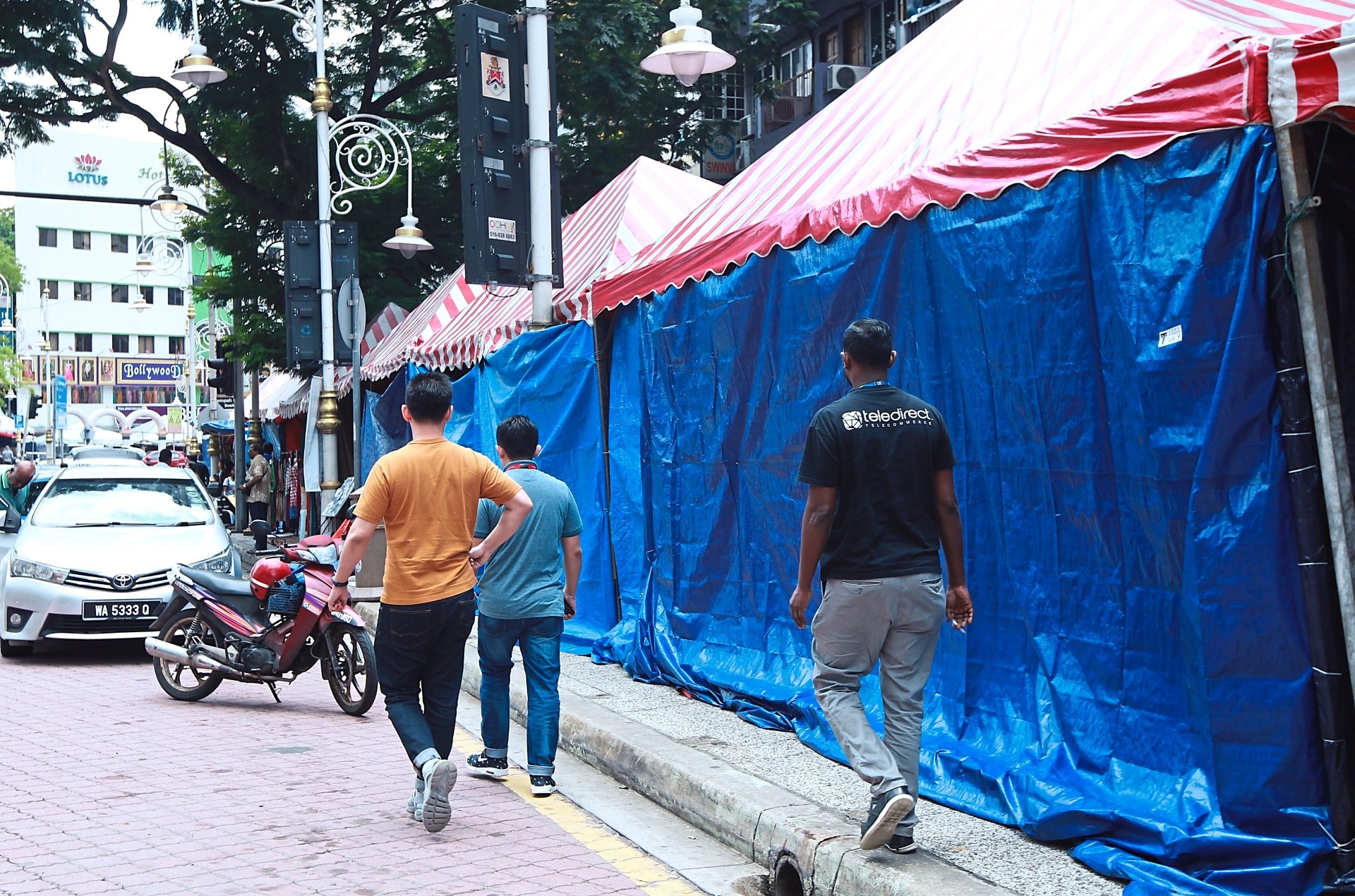 Members of the public have to watch where they walk as the festive bazaar lots have extended to the edge of the road.

For the rest of the stalls, which are 10ft x 10ft, the DBKL fee is RM1,800 per stall inclusive of licence fee, canopy and rubbish collection charges.

“But the electricity fees are borne by us and this comes to about RM13,000 to RM14,000 for the duration of the bazaar.

“I hope people will come and talk to me face-to-face and clear the air, ” he said.

When contacted, a DBKL spokesperson said the decision to allow the NGO to manage the bazaar was because some traders were unsure how to register online.

“The NGOs are there to assist the traders with online applications but that does not mean they can do whatever they like.

“Our enforcement team will be monitoring the bazaars, constantly, and if we find incidents of subletting or obstruction issues, then we will take action, ” the spokesperson said. The Deepavali bazaars will operate until Oct 25.