Under-17 Asia Cup champions Japan celebrating at the prize-giving ceremony.

JAPAN and Singapore are through to the World Baseball Softball Confederation (WBSC) Under-18 Men’s Softball World Cup in New Zealand from Feb 22 to March 1 next year from the qualifier in the Asia Cup Under-17 Men’s Softball held at Universiti Technologi Malaysia (UTM) in Skudai, Johor Baru.

Japan were a class above the rest of the field and ended the tournament unbeaten in the seven matches they played, to win the title.

Japan secured a place in the World Cup by defeating the Philippines 12-0 in the first semi-final of the tournament while the second semi-final saw an upset with Singapore beating higher-ranked India 8-1 to book their spot.

Even though the top two finishers qualified for the New Zealand World Cup next year, Japan did not give an inch as they defeated Singapore 15-0 in the final to clinch the tournament title.

At the prize-giving and fellowship dinner, Softball Asia president Datuk Low Beng Beng congratulated Japan and Singapore for qualifying to represent Asia in the WBSC U-18 Men’s Softball World Cup 2020. A sweet home run for Ibuki Onishi who bagged the Best Slugger award.

“You will be up against the best in the age-group at the World Cup, and will have to prepare well to meet the challenge.

“Japan will definitely be looking forward to avenging their last Under-19 World Cup defeat and emerge champions.

“It is indeed an honour for Softball Asia to organise this inaugural event in collaboration with Softball Association of Malaysia (SAM).

“We are indeed grateful to SAM for standing in on such short notice to take over the challenging responsibility to be the local host, ” said Low, who is also the secretary-general of WBSC.

Japan participated in all 12 Junior Men’s Softball World Championships, winning the tournament twice in 1981 and 2016.

Last year, they finished in second place after losing to Australia in the World Championship game. Singapore will be back to the youth global stage after six years of absence. Their last appearance was in 2014 in Whitehorse, Canada.

Malaysia ended up wooden spoonist when they narrowly lost 3-4 to Thailand in the fifth and sixth placing match.

Malaysia went into the match in high spirits after having upset high-flying and finalist Singapore 14-9 in their final group match. They had lost four consecutive games in the group matches before that.

“A couple of bad calls from the umpire which ruled out our players in the first base affected our performance, ” said Malaysia coach Lee Keat Seng. 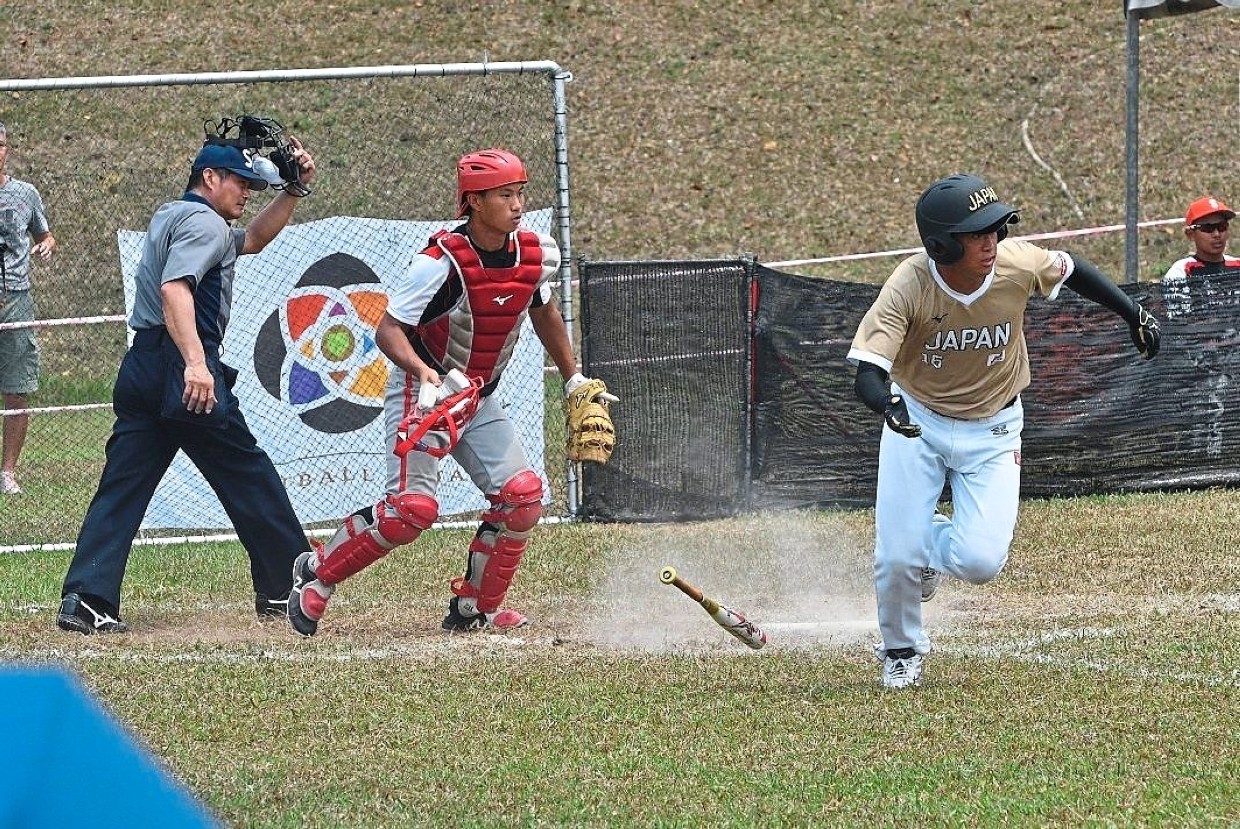 “Then, we made some mistakes outfield which further allowed Thailand to claw back into the game, ” said team manager Abdul Razak Abdullah.

“We are disappointed with this loss because the game was there for our taking. The team was in high spirits after our victory over Singapore and we were also bent on avenging our group match defeat to Thailand.

“Our inexperience in playing international tournaments, nervousness of the players, our short period of training and being able to play only one friendly match before the tournament were among the reasons for our poor performance in the tournament.

“This team has good attitude and have a future, but they need to be moulded over a longer period and given more international exposure either through tournaments or friendly matches, ” added Razak.