Mission to get nation reading more The mobile library programme is targeted at under-served communities. (Right) Amirul chatting with Sofia Khairul Hafiz, six (third from left) as they read a book together. With them are Sofia’s sister Aina Balqis Khairul Hafiz, 12 (left), who is also reading while brother Luqman Nafis Khairul Hafiz, 11 plays chess with their mother Marina Pilus. — Photo courtesy of PPAS

A GENUINE interest in meeting people and interacting with young readers, as well as a desire to encourage the reading habit are what motivate Amirul Syafiq Sazali to run a mobile library in Selangor.

“I don’t believe the reports that claim Malaysians hardly read.

“Most of the children that I meet at the mobile library know what they want to read. The books and library provide an escape for them.

“While revision books are popular, the children also enjoy reading novels and storybooks. Their mothers prefer cookbooks, novels and history books, ” said the 32-year-old, adding that fathers tended to borrow books for their children.

Amir, as he is better known, is part of the mobile library team under the Selangor Public Library Corporation (PPAS).

The mobile library started in March 2017 but was launched only in November that year.

It was the brainchild of then Selangor mentri besar Datuk Seri Mohamed Azmin Ali.

The idea was in line with Selangor becoming a “Smart State” to be more responsive to modern-day demands for people’s convenience, particularly those from the low-cost flats and B40 communities.

“Four were purchased by Selangor Housing and Real Estate Board (LPHS) while three are owned by PPAS.

“PPAS manages all seven trucks and runs the mobile library programme that covers the entire state.

“We have a team of 14 drivers, as well as additional officers to assist in the mobile library, ” he elaborated.

Each truck is stocked with some 2,000 books and reference materials, besides being equipped with board games, free WiFi, air- conditioning, foldable tables and chairs, beanbags and motorised awning.

Depending on the distance, a truck will visit one or two locations per day and stay for two hours at each location.

Membership is free and one person is allowed to borrow up to 10 books for three weeks.

The mobile library also makes visits at events to promote the programme.

“Amir started off as a security officer at PPAS and was tasked with overseeing children’s safety inside the library, ” said Mohamed Fadzli.

“We offered him a post as one of the mobile library officers, as we need people who are friendly and can interact well with the public, particularly children.”

Besides driving, Amir said his duties included cleaning the truck, stocking up books as well as shooting and producing videos as part of the PPAS production team.

Amir’s portfolio includes rural areas, such as Felda settlements on the borders of Selangor.

While a mobile library officer is usually rostered to work five days a week, Amir said he chose to work every day, particularly at events, as he gets to earn additional allowance.

“I do get tired sometimes, as the drive to some locations can take up to two hours one way. But I make it a point to spend time with my children at night, ” said the father of two.

“My wife does complain and worries about my health, particularly after I suffered a mild stroke earlier this year.”

Weather and near-theft are some of the challenges Amir faces at work.

“On some days, the weather is so hot I will be sweating after setting up the mobile library.

“If it is raining heavily, the library has to close to prevent the books from getting wet.

“There have been times when a child attempts to steal a book, but that person’s friend would quickly stop that from happening and let me know, ” he said.

PPAS corporate IT assistant officer Meor Muhammad Fawaz Meor Latip shared an incident of how Amir was able to connect with children where other adults could not.

“We were at an event in Sabak Bernam. Amir kept one child entertained. I had noticed her earlier and offered her help with the library items but was unable to engage her attention.

“We later found out she was autistic, and Amir knew how to communicate with her, ” said Meor, adding that the mobile library officers treated their young visitors as if they were their own children.

“My oldest daughter is autistic. That girl displayed signs that were common in autistic children, such as anti-social behaviour, avoiding eye contact and being in their own world, ” Amir explained.

“I observed that she was gravitating towards books based on the Frozen animated film. So when she returned the next day, I presented her with books from that series.”

Amir, whose own children prefer books over toys, said parents played an important role in encouraging their children to read.

“Don’t look down or make discouraging remarks, like when a child picks up a book in a language they are unfamiliar with.

“Even if the child is only able to look at the pictures, encourage them so they can pick up an interest in reading, ” he said. 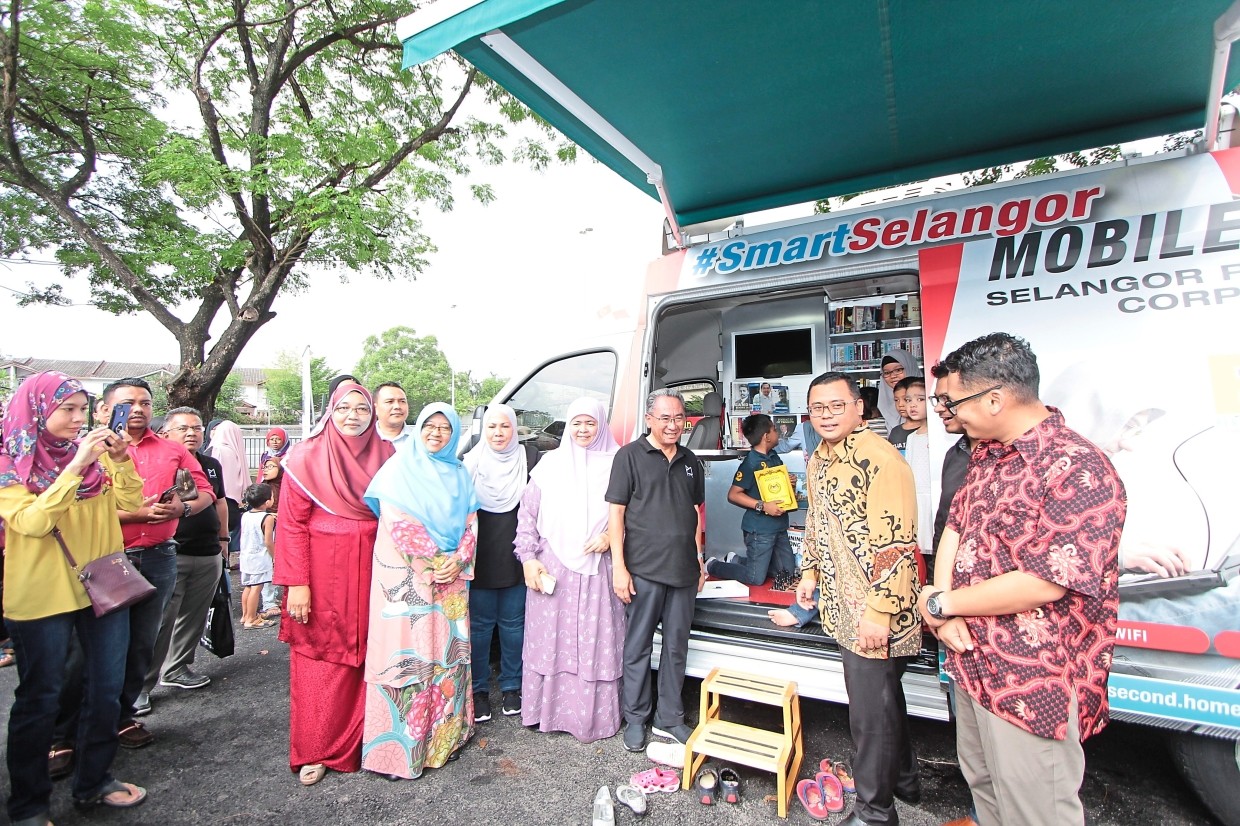 The mobile library programme is targeted at under-served communities. (Right) Amirul chatting with Sofia Khairul Hafiz, six (third from left) as they read a book together. With them are Sofia’s sister Aina Balqis Khairul Hafiz, 12 (left), who is also reading while brother Luqman Nafis Khairul Hafiz, 11 plays chess with their mother Marina Pilus. — Photo courtesy of PPAS

Amirul (foreground) and Meor arranging books inside the mobile library. Each truck is stocked with some 2,000 books and reference materials. — Photos: IZZRAFIQ ALIAS/The Star

Depending on the distance, PPAS’ mobile library will visit one or two locations a day, and stay for two hours at each location. 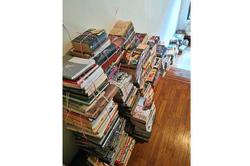