An information board on the Penang Smart Parking system put up at Get Lebuh China in George Town, Penang.

MOTORISTS and parking coupon agents are still confused over the Penang Smart Parking (PSP) system since its implementation on the island from Aug 23.

Shops that have been selling parking coupons issued by the Penang Island City Council are lamenting about the system’s overall execution.

Some claim they are unaware of the proposed parking e-coupons, said to be part of the PSP.

A shopkeeper at a mini mart in George Town who declined to be named said she did not get any information on the sale of e-coupons.

“I heard about the new parking system, but so far, there are no updates on it from my boss.

“We are still selling the printed coupons, but currently we do not have any stock, ” she said on Monday.

He said e-coupons would be sold by the existing agents who are currently selling council parking coupons.

He also said that the e-coupons would be available at petrol stations and convenience stores such as 7-Eleven.

Meanwhile, many motorists are still grappling with understanding and embracing PSP’s applications.

Chong Ming Yan, 28, a financial analyst, said she was unsure about filling up the parking zone section in the PSP app. 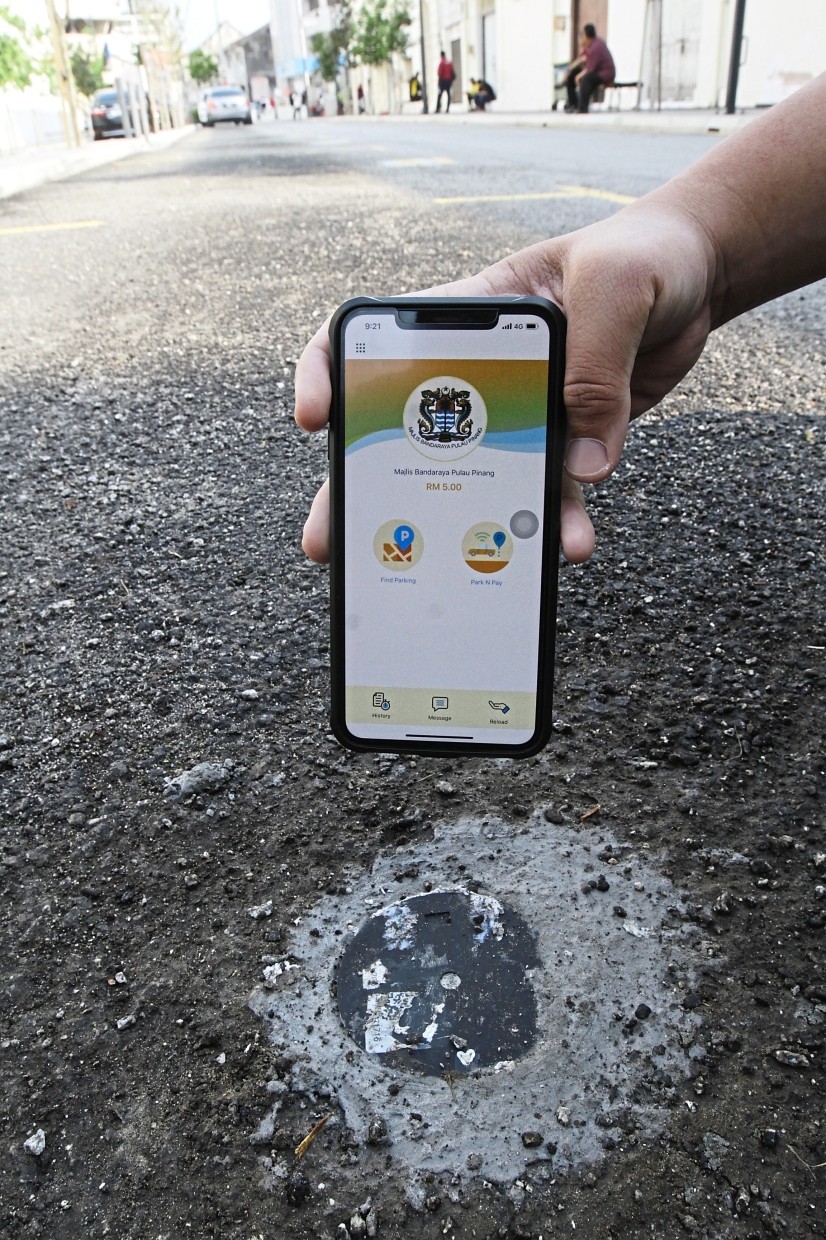 The PSP app downloaded on mobile phones can help navigate motorist to available council parking lots embedded with sensors such as this one at Lebuh China, George Town.

“For Komtar area alone, there are three zones – Komtar A, Komtar B and Komtar C.

“Although I have downloaded the app, I cannot use it as I do not know which zone I am parked at.

“The system seems to be unstable as I was ‘signed out’ of the app a few times.

“I hope the state government can come with a video to educate people on the different zones and the correct way to use the app.

“This will definitely benefit everyone, including the older generation who are trying their best to keep up with new technology, ” she said.

A businessman, who wished to be known as Chew, 31, said he came for a business trip from Kuala Lumpur and was annoyed as he was ‘forced’ to reload at least RM10 as it is the minimum amount allowed.

“I am here for only two days and I think RM10 is too much.

“I wanted to reload merely RM5, but it was denied by the system.

“Previously, I could easily buy the coupons individually from the agent just for an hour or so, but now, what am I going to do with RM10 in credit in my PSP account.

“I hope the app developer can look into my concern, ” he said.

It was earlier reported that Penang was the first state to fully implement the PSP system, an app-based parking assistant that will direct motorists to the nearest available lot.

The app allows motorists to pay for parking via smartphones and by August 2020, all 36,000 council parking spaces in Penang will have vehicle sensors embedded into the road surface.

Abdul Halim was reported as saying that the shipment of sensors was delayed as it was stuck at Hong Kong airport due to the recent unrest there.

“We are now bringing it in by sea and it should arrive in Kuala Lumpur by this week and in Penang on Sept 6.

“We want to have it installed and running by Sept 24 or earlier, ” he said at a recent press conference.