WHILE many have ventured into the Penang National Park via its main entrance in Teluk Bahang, the park’s secondary access from Kuala Sungai Pinang on the island’s west coast is another path to explore.

Penang island’s last remaining strip of mangrove forest lies preserved in the park and visitors can get up close via a 20-minute boat ride from the jetty to Pantai Kerachut up north.

“In the past 20 years, an estimated 35% of mangrove forests in the world have been lost due to development, ” said tourist guide Wong Nyen Keow during a boat ride along the forest.

“There used to be mangrove forests along the coasts in Tanjung Pinang, Gurney Drive and in Batu Maung but now the last 160ha of mangrove forest that remain on the island is on the west coast of Balik Pulau.

“We are lucky it is protected under the national park.

“It serves not only as an important habitat, shelter and breeding ground for local and migratory birds, marine animals, prawns and crab, but also protect the land from strong waves.”

Upon reaching the beach jetty in Pantai Kerachut, which falls under the 72ha park, visitors are greeted by a stretch of white sandy beach where turtles land regularly to lay eggs and emerald coloured sea where fish thrive. 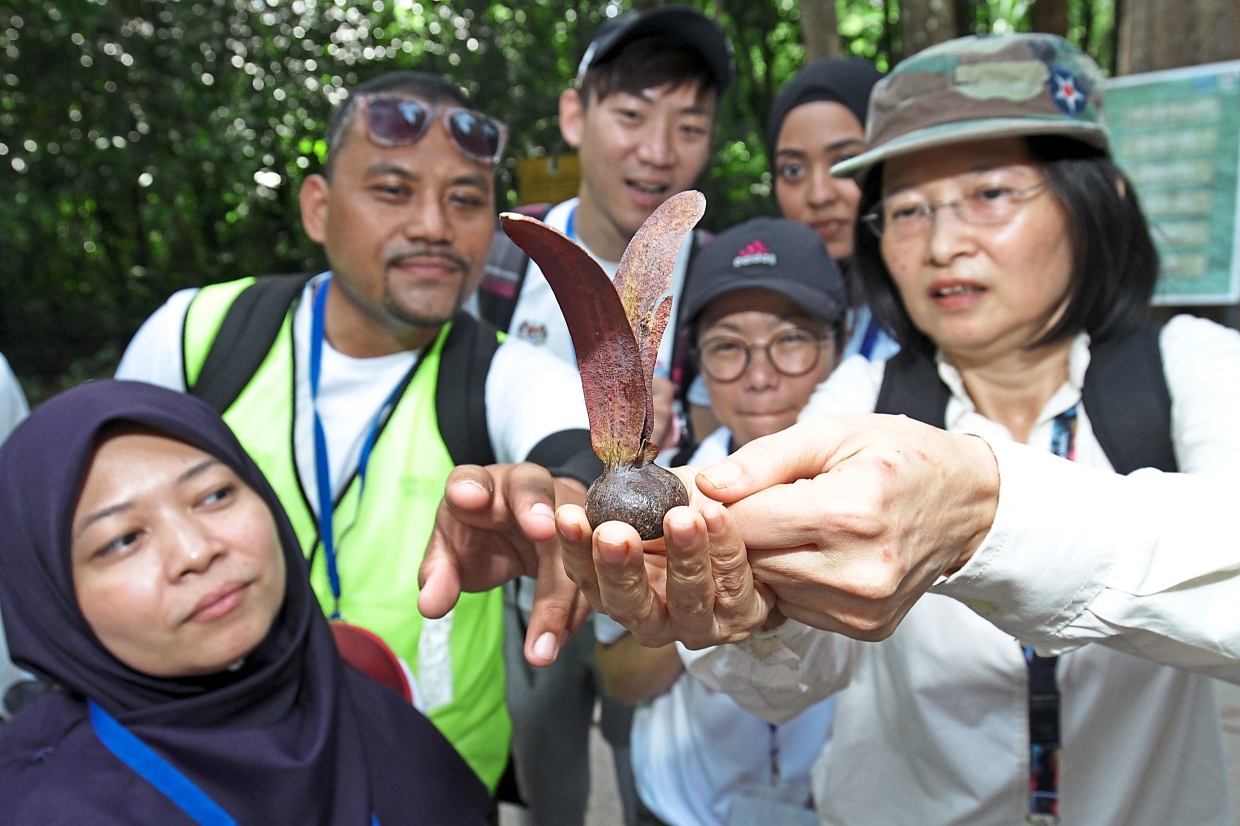 A five-minute hike into the pristine forest leads to trees soaring high up into the sky with their leaves providing dappled shade from the sun.

A series of trails branching out to different beaches wait to be explored, including one which leads to the park’s main entrance in Teluk Bahang.

“It’s not often one can find a tropical rainforest near a beach. This one is just 50m away from the beach.

“Fruits such as the two-winged Keruing fruits can be found on the ground.

“Among the interesting trees to spot are the Meranti and the red paper-like barked Gelam trees, ” said Wong as she picked up samples to show some 20 participants of the tour.

The three-hour guided tour by Tourism Malaysia was organised in conjunction with the recent three-day Balik Pulau Festival.

There is also a meromictic lake beside the beach that contains permanently stratified fresh water and seawater layers. (Above and below) Wildlife can be seen in the mangrove forest during the tour.

According to Wong, the water level in the lake is seasonal and the lake is usually filled to its highest in August or during spring tides.

“There are at least five streams which flow into the lake.

“The different water density can be observed through the shades of water, and their temperatures are different too, ” said Wong.

Those who are interested to visit the park via the second entrance are required to register at the park’s office beside the Sungai Pinang fishermen jetty.

Departure times will depend on the sea’s tides.

Deputy Tourism, Arts and Culture Minister Muhammad Bakhtiar Wan Chik, who was present to host the participants’ return, said the festival aimed to showcase the hidden treasures of Balik Pulau. 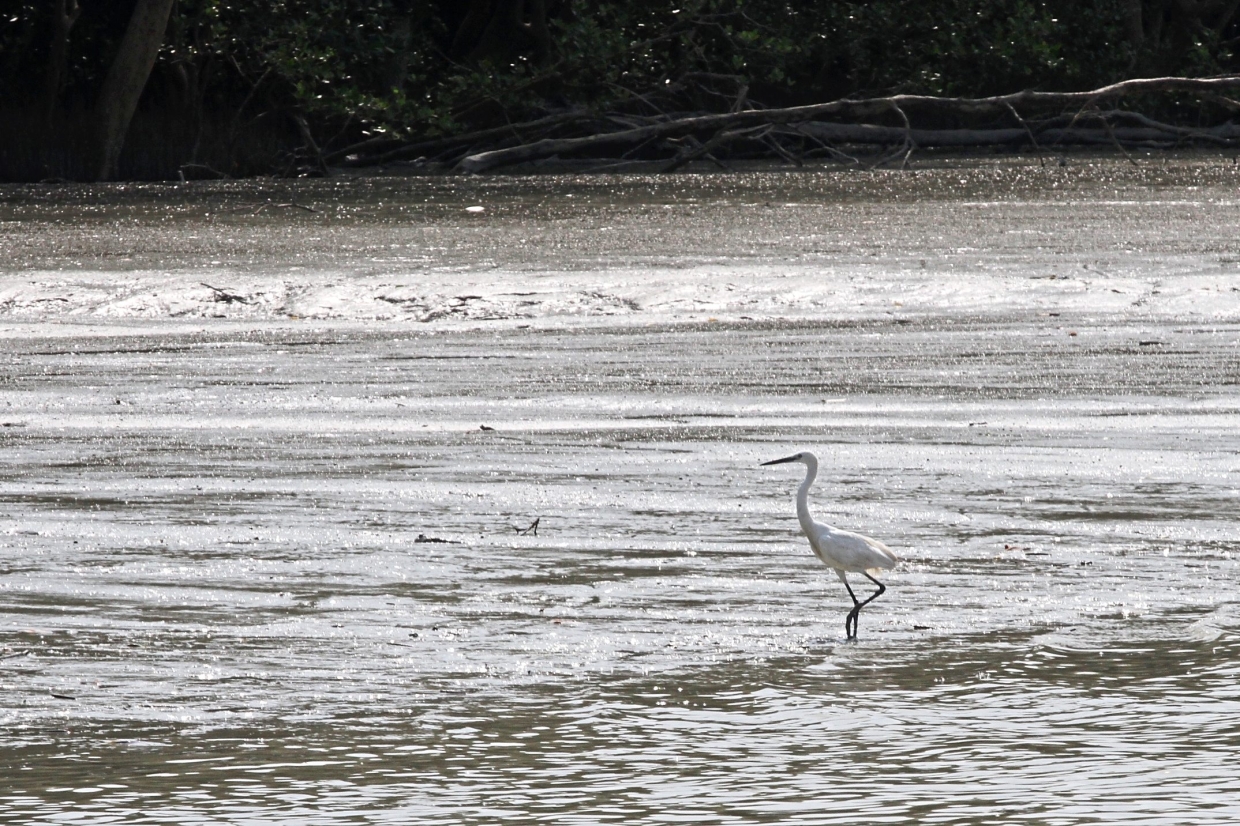 “The best way to explore nature is by getting close such as hiking in the forest or taking a small boat to the edge of a mangrove forest.

“The Balik Pulau mangrove forest is protected by the Forestry Department under the National Park.

“We will organise more programmes to raise awareness on the importance of mangroves to the ecosystem.

“We have allocated RM5mil to upgrade jetty facilities in Teluk Bahang and Kuala Sungai Pinang to improve access to the park.

“The meromictic lake is a must-visit attraction as there are only five in Asia and only one in the country, ” he said.