For the first phase, 30,000 ‘collector lines’ would be provided to the fishermen to breed the mussels while for the next phase, another 20,000 would be provided. — Bernama (Inset) Anita Azrina (right) watching fisherman Awi Mee collecting mussels at Kampung Kuala Masai. — Filepic

“The balance will be completed in stages by the end of this year, before being linked to the second phase which starts from end of the year until early next year,” she said at the programme’s media conference here. 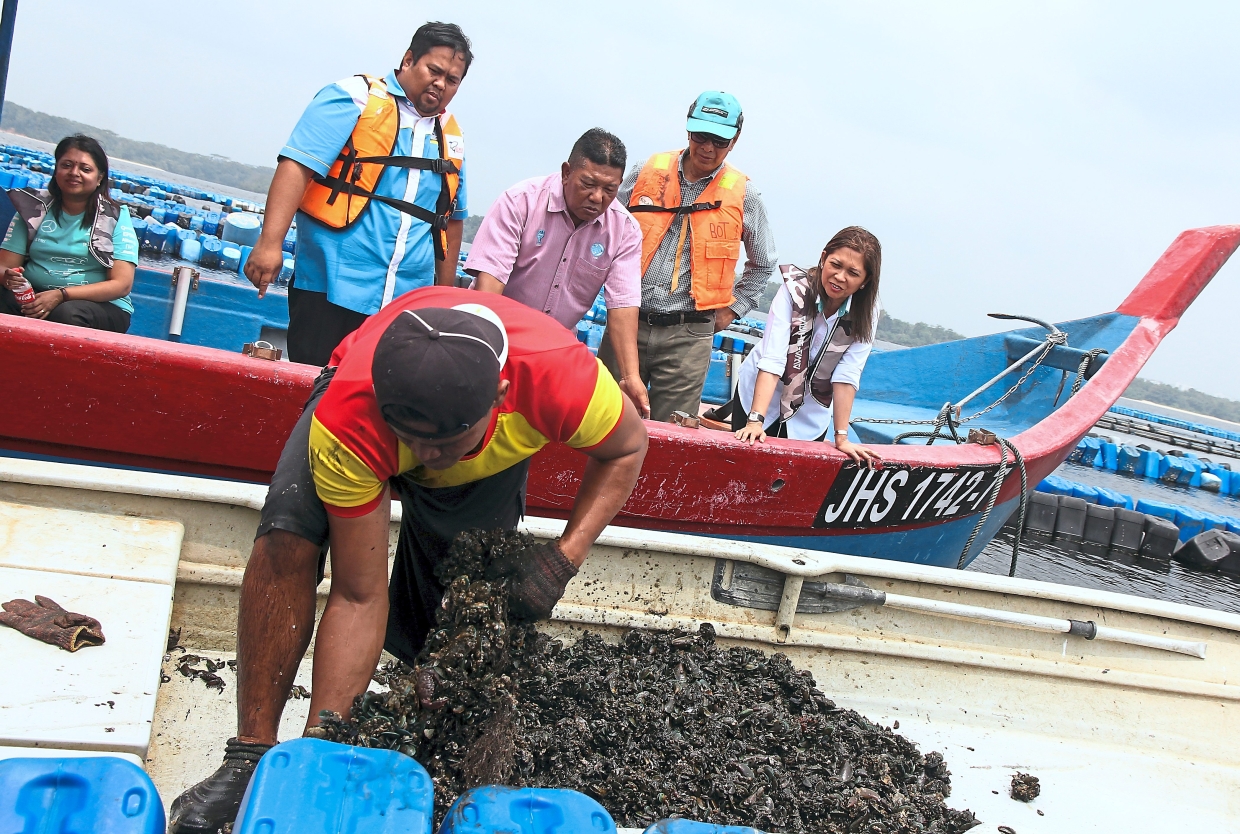 Anita Azrina said the companies were optimistic the project would yield results in the near future as the first harvest is in September or October.

“Usually the maturity period for the mussels is between five and six months but since we installed three large traps in March last year, the harvest will certainly mature soon,” she said.