SOME 2, 000 cancer survivors and their supporters came together for the annual Relay for Life Kuala Lumpur (RFLKL) to show support for one another.

“It is not just a fun and frolic event. We are here to honour and celebrate survivorship and show support for one another, ” said Relay for Life KL chairman Datuk Zuraidah Atan in her speech. 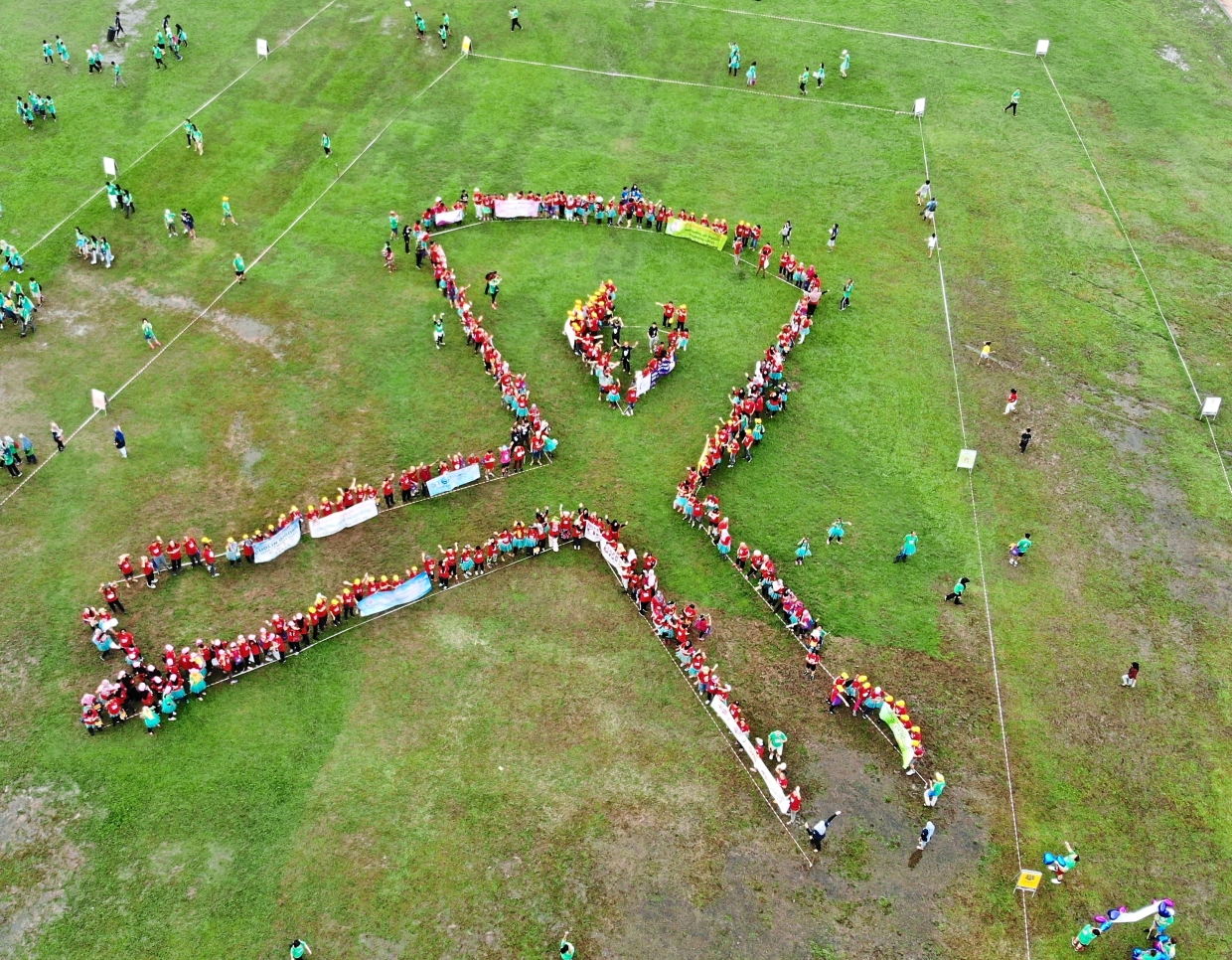 Cancer survivors dressed in red t-shirts forming a red ribbon in the middle of the field to signify their fight for cancer.

She urged participants to get to know as many cancer survivors as possible throughout the event and to understand what they had gone through.

Cancer survivors wore red T-shirts while caregivers and supporters were given green T-shirts to differentiate themselves.

“They come here as individuals, teams or in groups and if they can be strong, so can you, ” she said.

Each participant paid a fee of RM50 while cancer survivors got to join in the fun for free. 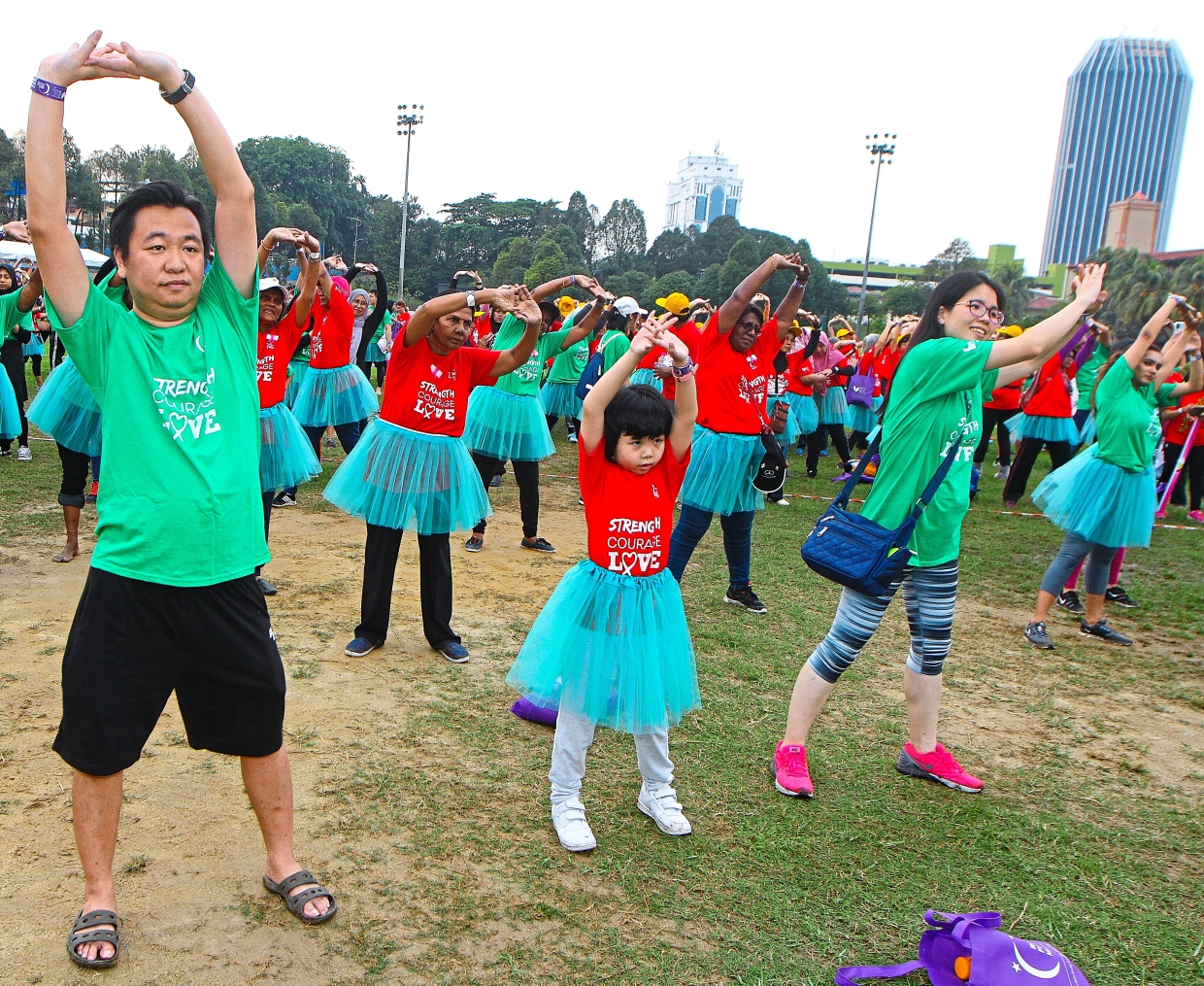 Funds raised from RFLKL 2019 would be primarily channelled to the National Cancer Society Malaysia’s Resource and Wellness Centre, in hopes of enhancing their services for cancer survivors such as wellness classes and workshops, counselling services, support group activities and nutritional advice.

by the outpouring of support from fellow caregivers at the event.

“We have never joined anything like this before and it is heartwarming to see so many other survivors coming out in a positive spirit to share their stories in support of one another, ” said Wee, who was there with wife Anna Lau to support their eight-year-old daughter Heidi Wee.

He said caring for his daughter, who was diagnosed with leukaemia, was an eye-opener where they had to toughen up and learn to be stronger for their child.

“It was the days in the hospital that we were fortunate to meet support groups and other parents, with whom we often keep in touch now, ” said Wee, who also took part in the fun run. 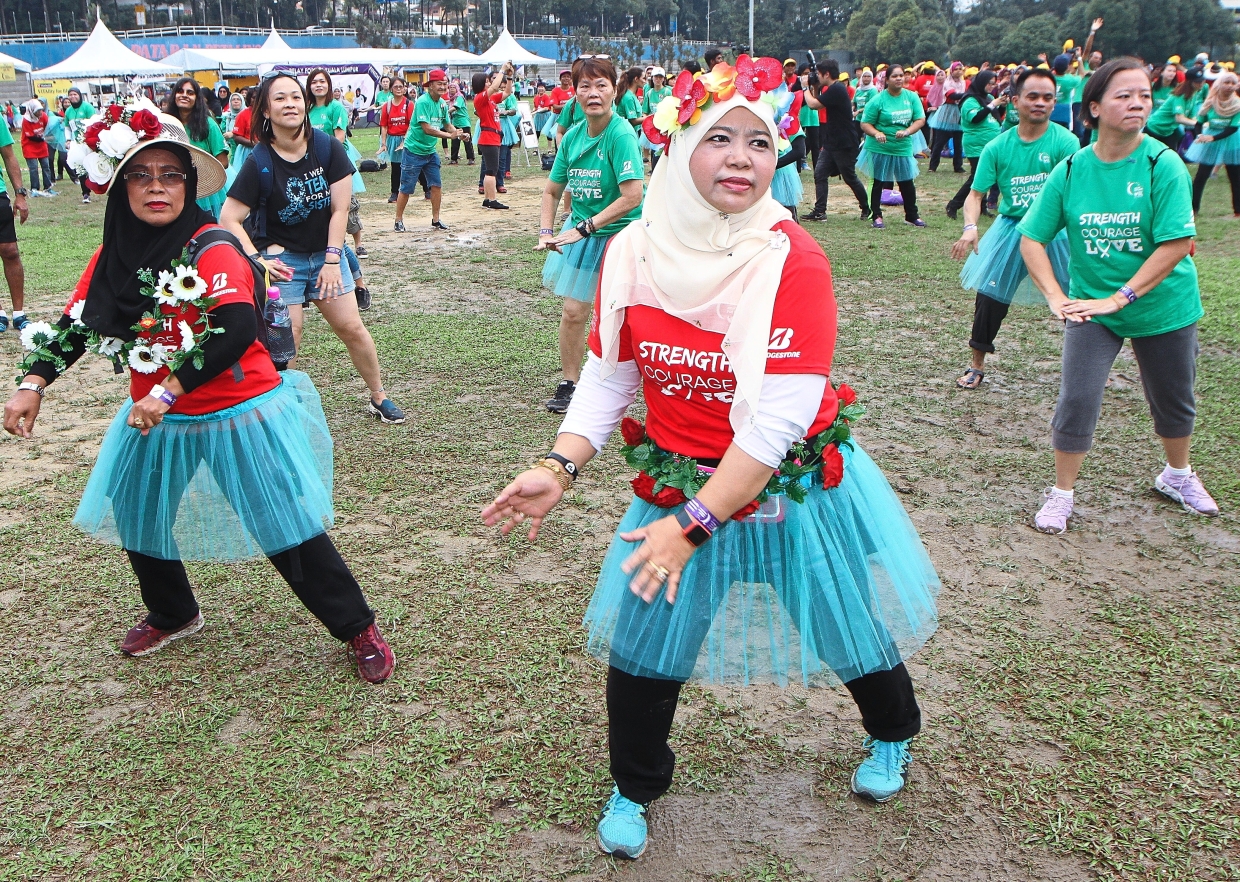 Several cancer survivors took the opportunity to dress up for the event.

For breast cancer survivor Floria Leong, 72, the event has been an annual affair on her calendar.

Leong, who was dressed in a floral theme, said she often opted to “dress up” instead of just donning the given T-shirt.

“It is nice to add a little more colour to my outfit and perhaps stand out from the crowd too, ” she said.

The event began with a warm-up session followed by a cancer survivor’s lap where they later formed a red ribbon in the middle of the field.

Caregivers and teams from various private companies also took a walk around the field.

At 7pm, participants of the 5km fun run were flagged off.

The first 500 finishers who managed to complete 12 laps were awarded with finisher medals.

The top 10 winners also took home hampers worth RM300 each. 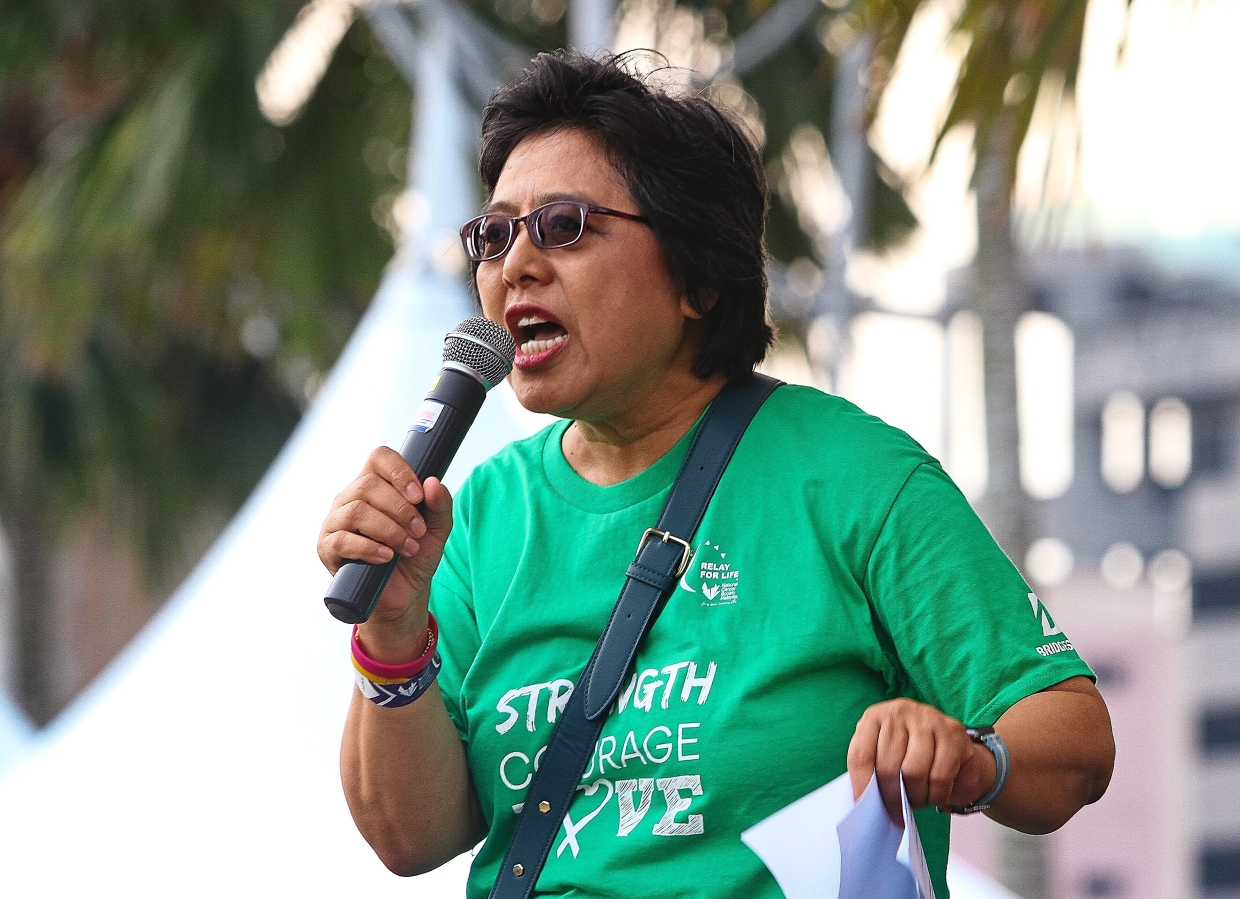 A Luminaria remembrance ceremony was held at 8pm, where participants dedicated messages to loved ones lost, and survivors who braved through their cancer battles.