111 years of being first on the scene

Power to save lives via AED session

In his speech, Dr Mahathir, who is also SJAM president, said he was proud of the organisation’s long service to the nation over 111 years.

“It is indeed great to see the progress made by St John Ambulance.

“On several occasions I have had the opportunity to meet many dedicated volunteers and learned about the good work the organisation has carried out, ” said Dr Mahathir.

He added that the Malaysian government encouraged everyone to learn first aid.

“One of the significant contributions of St John Ambulance is its tireless efforts in equipping Malaysians, especially the younger generation, with first aid and nursing care skills, ” said Dr Mahathir.

He said first aid played a very critical role in helping to save lives until medical treatment is given.

In numerous instances, it can also mean the difference between life and death.

In SJAM, the young are also trained in life-saving skills and given the opportunity to learn about leadership, teamwork, perseverance and relationship management which is very crucial for nation-building.

“In the end, these young volunteers will develop values like compassion, kindness and humility, ” said the prime minister.

He added that the service rendered to society by the movement’s members was a constant reminder that the spirit of volunteerism was still strong in Malaysia.

He added that this was in line with the Health Ministry’s plan to make AED compulsory in these areas.

“The AED will also be equipped with LCD screens to demonstrate how to use the equipment and perform CPR to raise awareness among the public, ” said Lai.

He also thanked Sunway Group and its founder Tan Sri Jeffrey Cheah for being the main supporter of the initiative.

Lai also asked the Federal Government to give SJAM a yearly grant of RM400, 000 to support its people development programme and training.

He said the association found it challenging to secure sponsorship for this initiative. 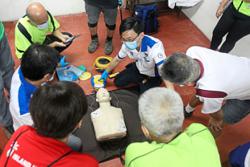 Power to save lives via AED session 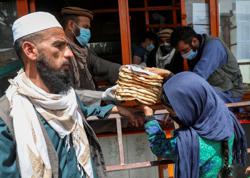