A water fountain and concrete benches are among the features already reshaping some parts of Masjid India. — Photos: SAMUEL ONG/The Star

THE massive makeover of Kuala Lumpur’s Masjid India is finally taking shape and is set to transform the iconic area into a modern commercial district after its expected completion in the first quarter of next year.

As Kuala Lumpur City Hall (DBKL) steps up work on building and upgrading numerous facilities in and around the popular shopping district, the authority provided StarMetro with a number of artist impressions of the major plans put in motion for the transformation. 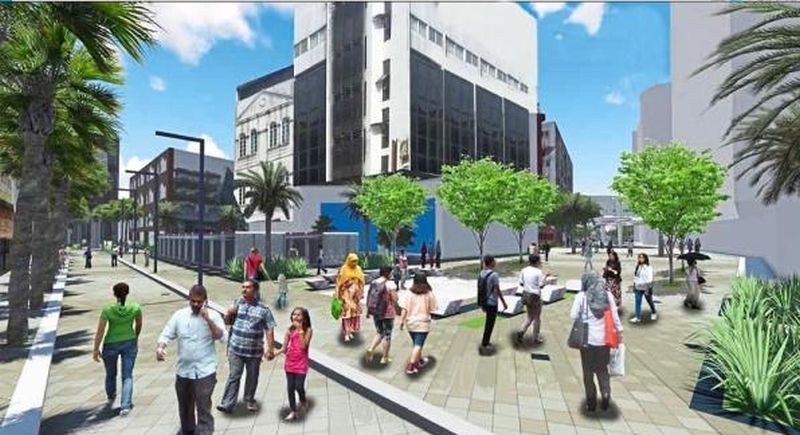 The spot where the Jalan Melayu bazaar sits will be transformed into a bright and spacious open area.

The drawings show a future Masjid India and its surrounding areas pedestrianised and completely transformed to include a range of “world-class” features such as upgraded pavements, canopied walkways, water fountains, green pockets and new buildings housing foodcourts and businesses.

The transformation, in some cases already under construction, covers parts of Lorong Tuanku Abdul Rahman, Medan Bunus, the Lorong Bunus 1 river promenade area, the square around Masjid India, the Jalan Melayu bazaar area and a spot next to Coliseum Cinema known as Lanai Seni, where a new building will house the existing Jalan Melayu bazaar traders.

At a recent walkabout with Federal Territories Ministry secretary-general Datuk Seri Saripuddin Kasim, DBKL executive director (Project Management) Datuk Najib Mohd and several senior officers from the River of Life project committee, Najib shared some of the changes that were now visible, among them the widened pedestrian walkways and granite seating areas for the public.

“You can see these facilities already up in Jalan Tuanku Abdul Rahman in front of the Kamdar stretch,” he said, adding that a clearer and complete picture would be visible by the end of the year.

“The Lanai Seni area in particular will soon see the major changes.

“A multi-storey building will be constructed on the site, which we hope can connect directly to the Tradewinds building to provide seamless connectivity,” said Najib. DBKL hopes that businesses will tap into the upgrades and take care of the established shopping district in the future.

He was impressed with the conceptual drawings of the changes that were happening and hoped that it would bring about changes to the area in a good way.

“The only sad thing about it is that we had to sacrifice many old trees to enable the transformation, but for every tree cut down, we replaced them with more.

“Change must happen for the city to progress, and that includes a mindset change among city folk as well to embrace a better way to do business and manage their city,’’ he said.

The makeover plan was mooted in 2011 and over the years, various mayors agreed it was necessary as the area was ageing and looked shabby.

But the transformation was put on the back burner due to disagreements between bazaar traders and shopowners in the area.

A clear indication of impending changes in the area came from mayor Datuk Nor Hisham Ahmad Dahlan in February, when he said DBKL planned to close part of the roads from Jalan Esfahan to Jalan Melayu to make the area pedestrian-friendly.

He indicated that the closure would be part of a long-term plan to reduce congestion in the area and transform it into a green enclave. This is how the Medan Bunus Triangle will look like after the makeover, with covered walkways and trees giving the area a cool and welcoming feeling. — Artist impressions courtesy of DBKL

She said the shopping enclave’s revamp was connected to the multi-billion ringgit RoL project.

“For RoL, work under Package 1C stretches from Dataran Merdeka and Jalan Tun Perak to Jalan Tun Tan Cheng Lock, while Package 1D covers Masjid India. The combined cost of both packages amounts to about RM150mil,” she said, adding that the packages also involved the construction of an interceptor pipeline and wastewater treatment system to improve the water quality of Sungai Gombak and Sungai Klang.

“We started talking with the business people seven years ago about what we wanted to do with the place, but it has not been an easy journey. We had to deal with resistance from everyone,” she said, referring to some shoplot owners and petty traders.

“During the beginning stages, some unhappy traders destroyed some of the upgrades we carried out.”

She revealed that some poured oil on the newly upgraded walkways and chopped down newly planted trees in the area.

“It was frustrating at first and sad too. But we had to keep going. 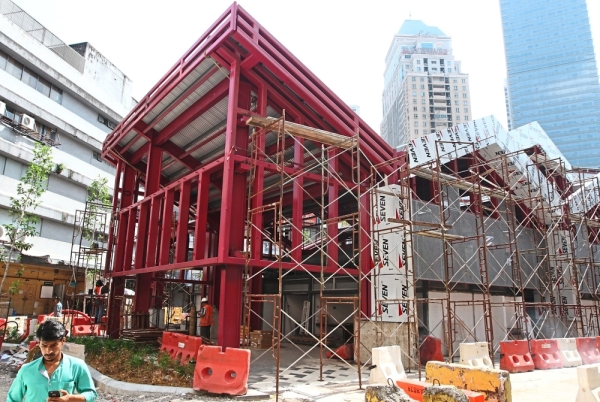 “We replanted the trees and repaired the damage.

“If you were to go down to Masjid India today and take a good look around, you will notice the changes taking shape.

“The outcome can be seen in the infrastructure and buildings and the impact they create will be clearer when everything is completed,” she added.

“Over time, some traders have become more accepting of the transformation.

“In certain parts where the walkways have been completed, some business owners came to see what we were talking about all this while.

“You can see the smiles on their faces today and those who made the loudest noise are quiet now and appreciative of the upgrades.”

Work to build a three-storey structure at Lanai Seni after a fire destroyed 30 stalls at the Jalan Melayu bazaar in May is expected to start soon.

The new structure is being billed as a modern bazaar with facilities such as air-conditioning and escalators. 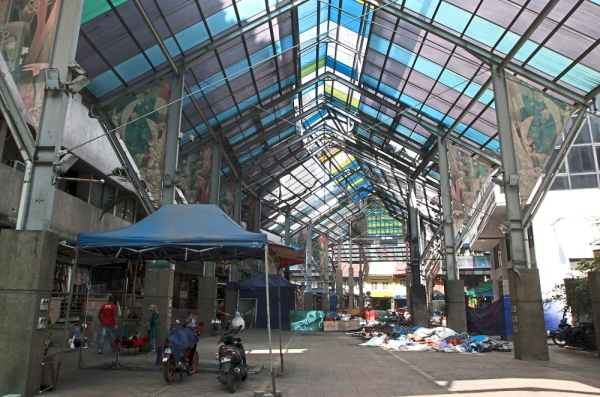 The existing Jalan Melayu bazaar will be demolished and its hawkers relocated to the new building in Lanai Seni.

“The new building is located in a prime area and is more conducive for shopping.

“And we hope there will be better management of the hawkers in the new building,” he said.

The iconic Masjid India – Kuala Lumpur’s oldest mosque – has not been left out of the revamp.

According to Nik Mohamed, the area around the 156-year-old mosque will be retiled.

“A huge canopy will be constructed in the courtyard, in front of the mosque, to provide shelter and for people to pray.

“During Friday prayers, the mosque gets very crowded with people praying on the sidewalks.

“The canopy will be a respite for them and add character to the area.

“We will also build amphitheatres in some parts and water fountains in strategic spots to add to the beauty of Masjid India.” 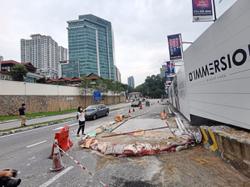 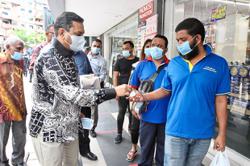 Shot in the arm to revitalise Jalan Masjid India